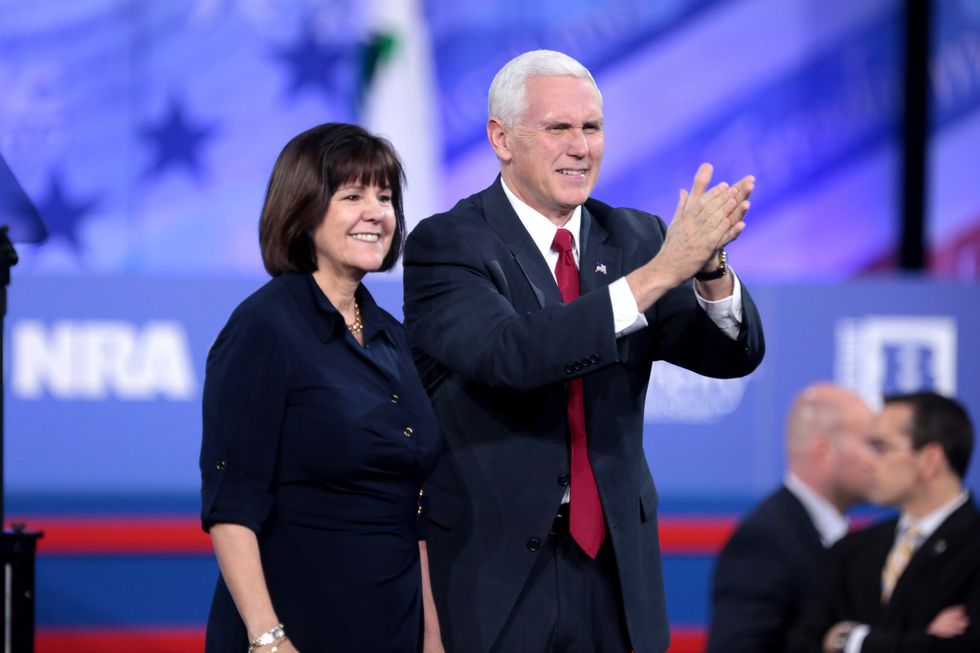 On Tuesday, the Huffington Post reported that Second Lady Karen Pence is now working as an art teacher at Immanuel Christian School, an institution in Northern Virginia that takes a hardline antigay stance against faculty, students, and parents:

In a "parent agreement" posted online, the school says it will refuse admission to students who participate in or condone homosexual activity. The 2018 employment application also makes candidates sign a pledge not to engage in homosexual activity or violate the "unique roles of male and female."

"Moral misconduct which violates the bona fide occupational qualifications for employees includes, but is not limited to, such behaviors as the following: heterosexual activity outside of marriage (e.g., premarital sex, cohabitation, extramarital sex), homosexual or lesbian sexual activity, polygamy, transgender identity, any other violation of the unique roles of male and female, sexual harassment, use or viewing of pornographic material or websites," says the application.

In addition to anti-LGBTQ discrimination, says the Huffington Post, the application also states the school believes "a wife is commanded to submit to her husband as the church submits to Christ" and potential hires are instructed to explain their view of the "creation/evolution debate."

Even the parents of students are bound by a code of "Biblical" conduct — if a family enrolled at Immanuel Christian displays "sexual immorality, homosexual activity or bi-sexual activity," they are in violation of school policy.

Incredibly, all of this is legal under Virginia state law, which does not provide protection in hiring for sexual orientation or gender identity.

Karen Pence's husband, Vice President Mike Pence, is notoriously antigay. As a congressional candidate, he hinted support for abusive "conversion therapy," and as governor he signed a massively unpopular law that would have protected the right of businesses to refuse service to LGBTQ persons.