'He loves Russia': Trump horrifies nearly everyone by praising the Soviet invasion of Afghanistan 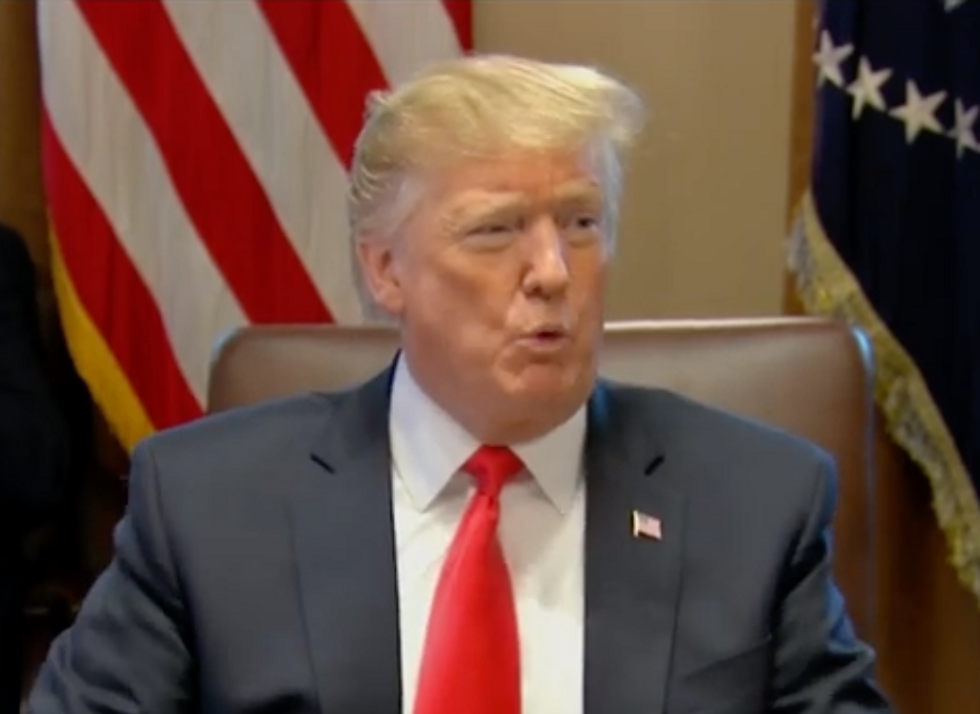 In the middle of a bizarre and rambling Cabinet meeting, President Donald Trump — almost entirely out of the blue — expressed his approval for the Soviet invasion of Afghanistan in 1979, to the horror of most observers.

He noted that the war was extremely costly for the Soviet Union, though he revealed his ignorance of history by seeming to blame the entirety of the fall of the union on Afghanistan.

"Russia used to be the Soviet Union. Afghanistan made it Russia because they went bankrupt fighting in Afghanistan. Russia," Trump said. "The reason Russia was in Afghanistan was because terrorists were going into Russia. They were right to be there. The problem is it was a tough fight."

The idea that an American president would show support for the Soviet invasion is a remarkable turn of events. It also shows the lie of Trump as a supposedly foreign policy dove. While he's often been critical of American military actions, Trump sees no problem, in principle, with aggressive military invasions.

"Shockingly, that is not at all what happened," said Toronto Star's Daniel Dale, one of Trump's most prominent fact-checkers, of Trump's claims about the invasion.

Walter Shaub, the former head of the Office of Government, noted: "On March 10, 1982, Ronald Reagan denounced Russia for invading Afghanistan 'without provocation,' calling it 'a violation of every standard of decency and international law.' Today, Donald Trump answered his criticism of Russia by saying 'They were right to be there.'"

"Just when you think nothing will surprise you, 'Actually, the Soviets were right to invade Afghanistan' is a line of argument the American president suddenly uses," said ThinkProgress reporter Casey Michel.

David Frum, a frequent conservative critic of the president, said it was almost "impossible" to believe Trump has said it.

"President Trump just endorsed the Soviet invasion of Afghanistan in 1979. Who's he working for?" Frum tweeted.