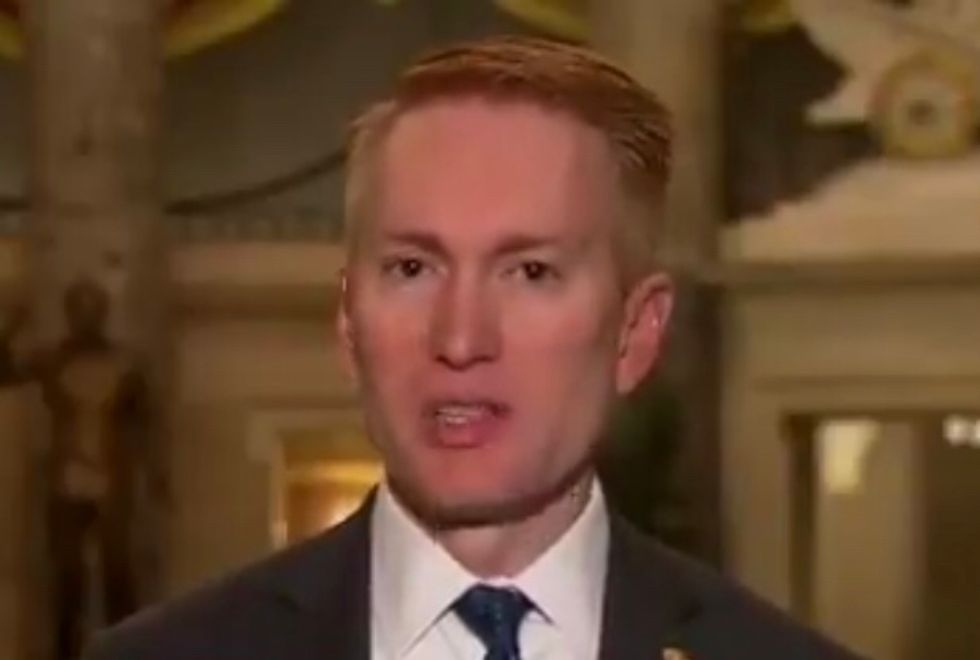 On Tuesday, redaction errors in court documents filed by attorneys of President Donald Trump's former campaign chair Paul Manafort revealed that he is accused of sharing campaign information with Kremlin agent Konstantin Kilimnik during the 2016 election — a massive development that would be a direct example of collusion with Russia.

But on CNN Wednesday morning, Sen. James Lankford (R-OK), who previously sat on the Senate Intelligence Committee last term, this is not really Russia collusion. Why not? Because Manafort and Kilimnik were associates before he started working for Trump!

"Were you aware of that, and does that contact between a Trump campaign official and Russian intelligence, does that constitute a form of collusion?" asked the host.

"No, it doesn't," said Lankford. "This is an ongoing relationship that Paul Manafort had with Ukraine. He was a representative of Ukraine, worked for the Ukrainian government, and was trying to be able to work for a peace proposal, which, by the way, I did not support what he was doing, and don't think what he was doing was appropriate. But he had Ukrainian clients, this was a Ukrainian client. Now, this person also worked for the Russian military, but so did everybody in that — so I don't see this as a deliberate contact with the Russian government. This was a person he had worked with for a decade and a half at that point in Ukraine."

Left out of Lankford's argument was any explanation of why it would be okay to share campaign data with a foreign contact linked to Ukraine rather than to Russia. Changing the country Manafort was trying to collude with hardly puts him and the Trump campaign in a better light.

Manafort was convicted on eight counts of bank fraud and tax evasion last year, in a case brought by special counsel Robert Mueller in the course of the Russia investigation. Manafort and Kilimnik are further accused of trying to tamper with witnesses in that trial.