GOP lawmaker who's now a Democrat: I no longer have 'that pit in my stomach' 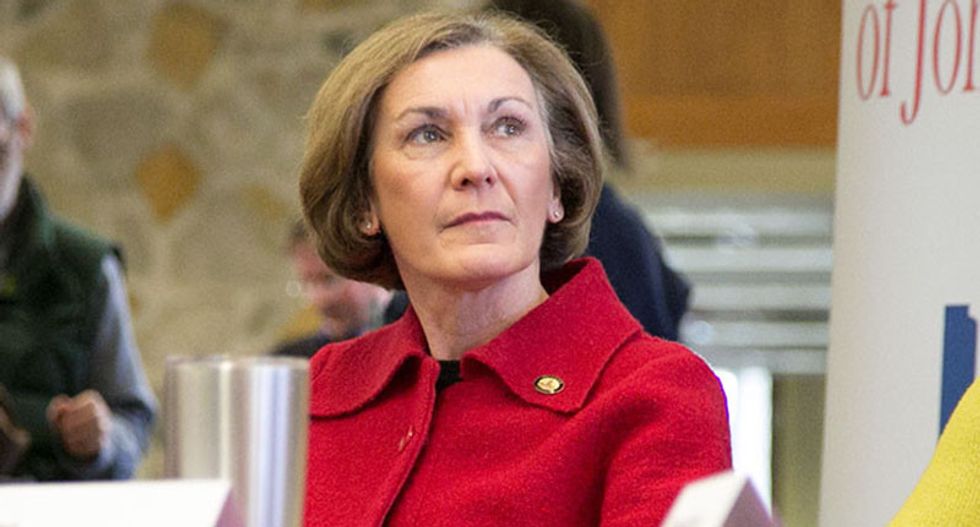 When former Kansas City Republican Barbara Bollier endorsed a Democratic candidate, she was stripped of her committee leadership role. The Republican Kansas Senate President Susan Wagle said Boliler crossed the line. As it turned out, Wagler’s “line” became a good thing for Barbara Bollier, who is now the ranking Democrat on the health committee.

On Monday, Bollier told Audie Cornish of NPR’s All Things Considered  that for the first time, she doesn’t feel that “pit” in her stomach and the anxiety that so often accompanied her disagreement of Republican policies. Some of those policies included the GOP’s stance on LGBT rights and Medicaid expansion. Bollier said she was done trying to direct her party back to a “traditional center.”

Former GOP lawmaker Stephanie Clayton also left the GOP after winning her fourth term in the Kansas legislature as a Republican. Clayton’s breaking point was learning about the GOP’s new school finance bill.

On the same day that Clayton made her official defection from the Republican party, Dinah Sykes did the same. Sykes had a had a big problem with the way Republicans punish their lawmakers who dared not to vote “lockstep and fall in line.” Back in December, Sykes told Salon:

“I am a moderate person who represents a moderate and pragmatic district that expects me to focus on issues and solutions that impact their day-to-day lives,” Sykes wrote. “Increasingly, I see the Republican party focusing on issues and approaches that divide our country. I do not agree with that approach.”

“At this time, I feel like I can either fight to change the Republican party or fight for the state I love and the people I serve. I think I can better serve my state and constituents as a member of the Democratic party,” she added.

Some might say, “What took them so long?” Others might say, “We’ll take ‘em—they’ve suffered long enough and paid the price of entry.”