'Game of Thrones' final season: Here's what we know about the last stretch of HBO's beloved show 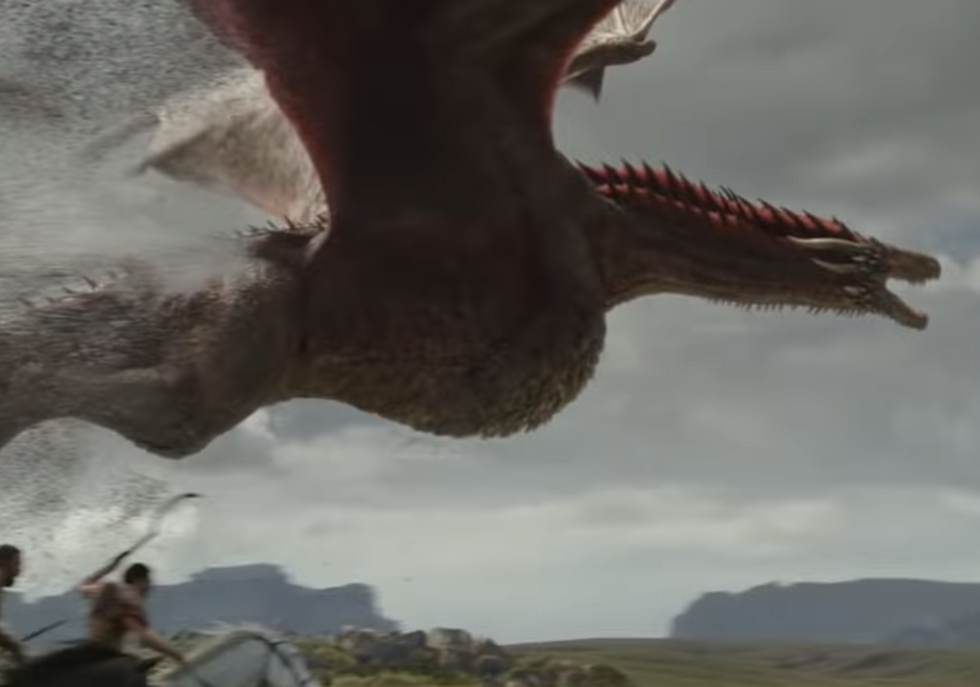 The Golden Globes may have aired last night, but for "Game of Thrones" fans, the big news was a brand new first look from HBO featuring a whopping five-second teaser of season 8. Only HBO would determine that during a major award show would be an ideal time to release anything of importance, but The Thrones often conjures a drop-everything-this-is-not-a-drill type of energy and social media filled fast with utter excitement. Believe it or not, even with only five seconds of content, there is a lot to discuss.

The final season fo "Game of Thrones" will air in April. The first look showed Jon Snow (Kit Harington) bringing Daenerys Targaryen (Emilia Clarke) to Winterfell for the first time. In the teaser, Daenerys approaches Sansa Stark (Sophia Turner), and Sansa tells her, albeit unenthusiastically: "Winterfell is yours, Your Grace." There's some evident tension between the two.

Here's why this scene is momentous. After seven seasons of characters claiming that "winter is coming," the last season ended with the Night King and the White Walkers (dragon included) melting the Wall away, one major step closer to conquering — or perhaps a better word is destroying —  Westeros. But as the Hollywood Reporter wrote: "the very fact that Jon and Daenerys are arriving at Winterfell in time to meet with a relatively calm Sansa tells us at least one thing about the final season of 'Thrones': the two Targaryens (one of whom doesn't know about his fiery heritage) will make it back to the heart of the North before the White Walkers' arrival. The most recent scene in 'Thrones' lore puts the Night King and his Army of the Dead at Eastwatch by the Sea, at the northeastern most corner of Westeros. Their next logical stop on the path toward mass-murdering mankind: Winterfell."

Therefore, it seems once the Night King reaches Winterfell, he'll be facing off against both the Mother of Dragons and Snow for round two. In their first battle beyond the wall, one of Daenerys' dragons was killed and then zombified, which should make the rematch interesting.

BuzzFeed points out that a sneak peek at new credits also make a debut in the teaser, showing what is likely Daenerys' army camped outside Winterfell.

Since season 7 was plagued by leaks, HBO has been extra cautious about keeping the final season under wraps, reportedly even filming multiple endings. Thus fans have been particularly starved for any new glimpses of the final season, brief or not. As these five seconds represented the longest look into the new season so far, it was just long enough to have fans all over social media sharing theories and reveling in the anticipation.

The final season will include six episodes that run for longer than the standard hour, similar to the lengthier episodes of season 7. And it's likely that a full trailer will arrive ahead of the spring premiere.

HBO programming president Casey Bloys told reporters last July that while season 8 is the final season of this iteration of "Game of Thrones," a pilot for a prequel of the series is expected to begin taping in early 2019. As of last summer, HBO was searching for a cast and director for the project, which is set to take place "thousands of years before the events of 'Game of Thrones.'"