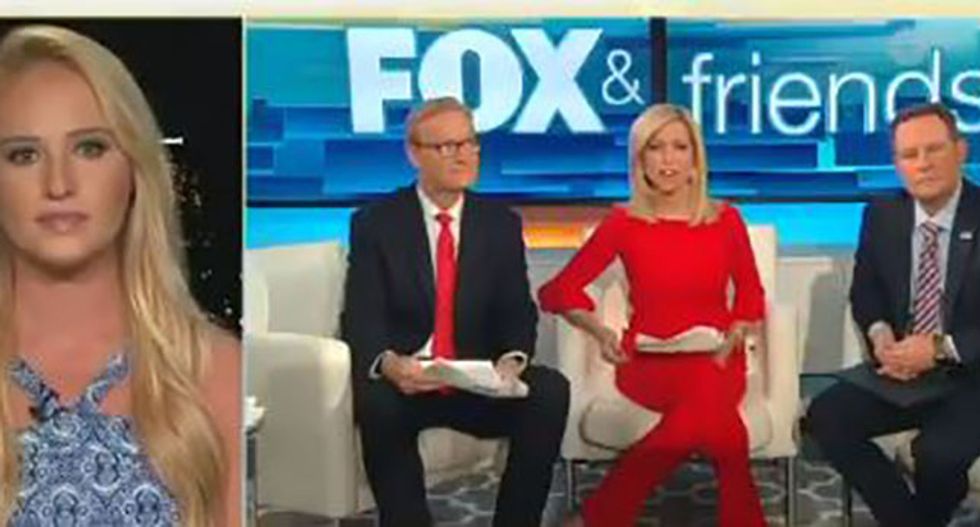 Fox News pundit Tomi Lahren came out swinging against Alexandria Ocasio-Cortez Thursday morning on "Fox & Friends," because the right just loves to hate the 29-year old Democratic Congresswoman from the Bronx and Queens.

AOC, as the newly-minted Congresswoman is called, and calls herself (its also her Twitter handle), "placed second in the International Science and Engineering Fair in the Microbiology category with her project on the effect of antioxidants on roundworms," during high school, according to the Society for Science & the Public. In recognition of that, "MIT’s Lincoln Laboratory named a small asteroid after her." Yes, it's true.

That's just a slice of her biography, but according to Tomi Lahren, Alexandria Ocasio-Cortez isn't successful in real life.

Here's how Lahren summed it up on "Fox & Friends" this morning, after the hosts mocked top Democrats for going "further and further left."

Tomi Lahren: "There's a difference between being successful on Twitter and social media like @AOC and being relatab… https://t.co/IJHWoWDtZ6
— Bobby Lewis (@Bobby Lewis) 1548937557.0