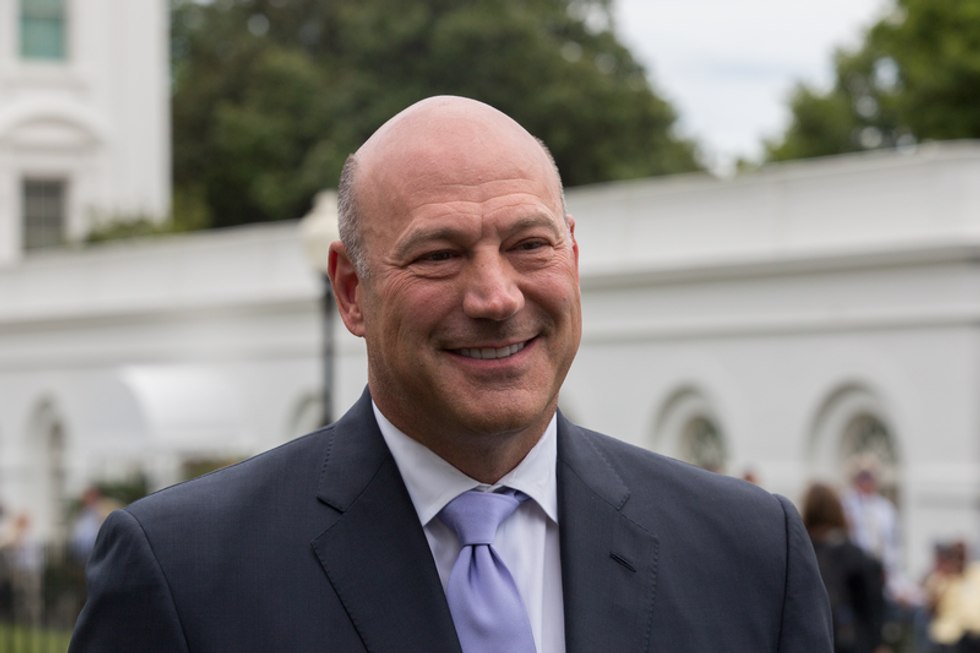 On Thursday, the Boston Globe published remarks from an interview with Gary Cohn, President Donald Trump's former economic adviser, in which he blasted the president's federal government shutdown over the border wall and suggested that the White House had no sensible exit strategy from the situation:

Cohn, in the interview, sharply criticized the ongoing shutdown, calling it "completely wrong," and said the furloughing of thousands of federal workers "makes absolutely no sense whatsoever."

"I don't understand what the outcome is here, and I don't understand where we're going with it," said Cohn, a free-trade advocate who resigned last March after Trump announced he was imposing tariffs on steel and aluminum imports. "I'm confused as to what the White House’s strategy is on this a little bit."

Cohn's bemusement at the president's strategy is understandable. The border wall is unpopular in polling, the shutdown over it is even more so, the public overwhelmingly blames Trump for the standoff, and the White House seems completely uninterested in offering any concessions to lawmakers to get anything they want. In fact, some of Trump's advisers, like Office of Management and Budget director and acting White House chief of staff Mick Mulvaney seem to think it's actually a good thing the government is shut down, despite the fact that it is starting to risk serious economic damage.

Cohn, a former Goldman Sachs executive, is hardly a foe of the Republican agenda. Before he fell out with Trump over his tariff strategy, Cohn played a key role in passing the GOP tax scam bill, which showered benefits on the wealthiest Americans and multinational corporations even as it has exploded deficit spending.

Next month, Cohn will take up a new position at Harvard University's Institute of Politics, alongside his longtime acquaintance, former Democratic Sen. Heidi Heitkamp (D-ND).