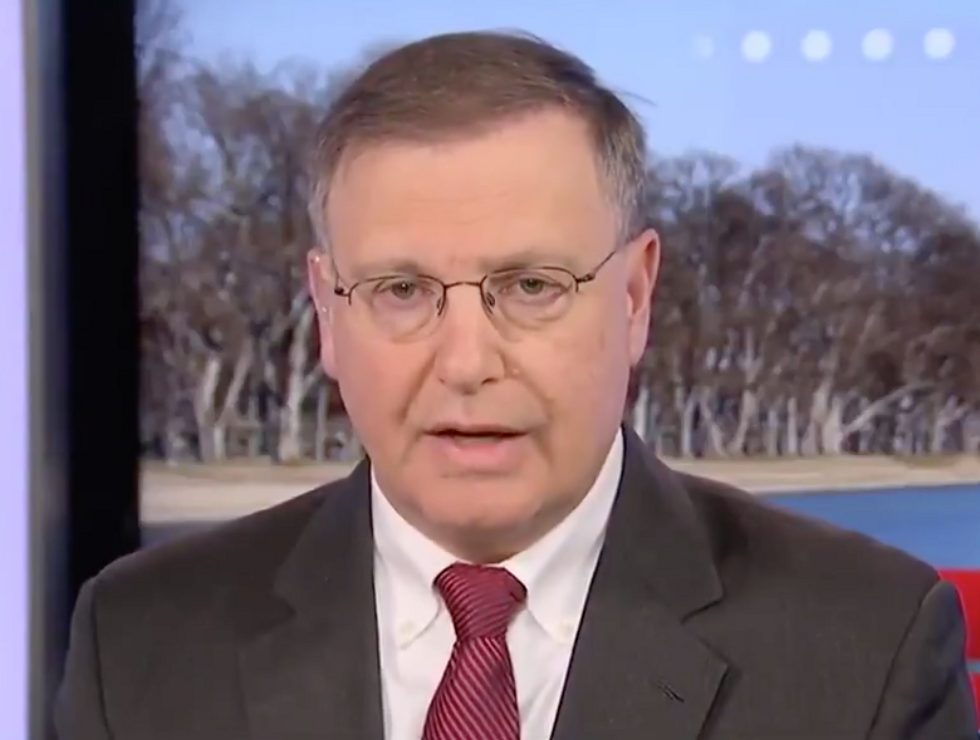 Despite his unending repetition of the phrase "no collusion," President Donald Trump's active and ongoing collusion with Russia appears to be going on right before our eyes. A growing number of observers are pointing out that the president now has an established habit of repeating or somehow pushing Russian propaganda and disinformation.

MSNBC's Rachel Maddow devoted a major chunk of her show Thursday night to laying out the pattern. For example, early in Trump's presidency, his national security aides reportedly "sought information about Polish incursions in Belarus, an eyebrow-raising request because little evidence of such activities appears to exist," according to the Associated Press.

"Poland is among the Eastern European nations worried about Trump’s friendlier tone on Russia," the report added.

Second, Trump later suggested that Montenegro, a NATO ally, was populated by "aggressive" people that could lead us into World War III.

Pushing fears of both Montenegro and Poland were, as Maddow pointed out, key parts of the Kremlin's propaganda agenda. And then this week, Trump stunned many observers during a Cabinet meeting by saying that the Soviet Union was justified in invading Afghanistan in 1970 because there were "terrorists" in the region. As the Washington Post pointed out last month, the effort from Russians to rewrite the invasion as a positive episode for the country is a recent development.

For someone who has a hard time sticking to the same script as his own press secretary, Trump has had a seemingly easy time keeping up to date on the latest developments in Russian propaganda. And the instances above don't even include the president's more obvious endorsements of Kremlin line — including the false "no collusion" claims, the idea that Russia wasn't responsible for the 2016 election hacking, and the idea that Russia wasn't planning to continue to interfere in the 2018 election.

Speaking with MSNBC's Nicolle Wallace on Friday, former FBI official Chuck Rosenberg said that these sorts of comments are likely a subject of a counterintelligence probe.

"My goodness, Nicolle, they would have to be," Rosenberg said. "This is extraordinarily serious — if not because it's part of Mueller's initial remit, it's at least part of a counterintelligence investigation. Why is the president speaking about Russian interests with respect to Montenegro, Poland, and Belarus, and sort of a revisionist — and that's to use a term loosely — a revisionist history of why the Soviets invaded Afghanistan. It's extraordinary."