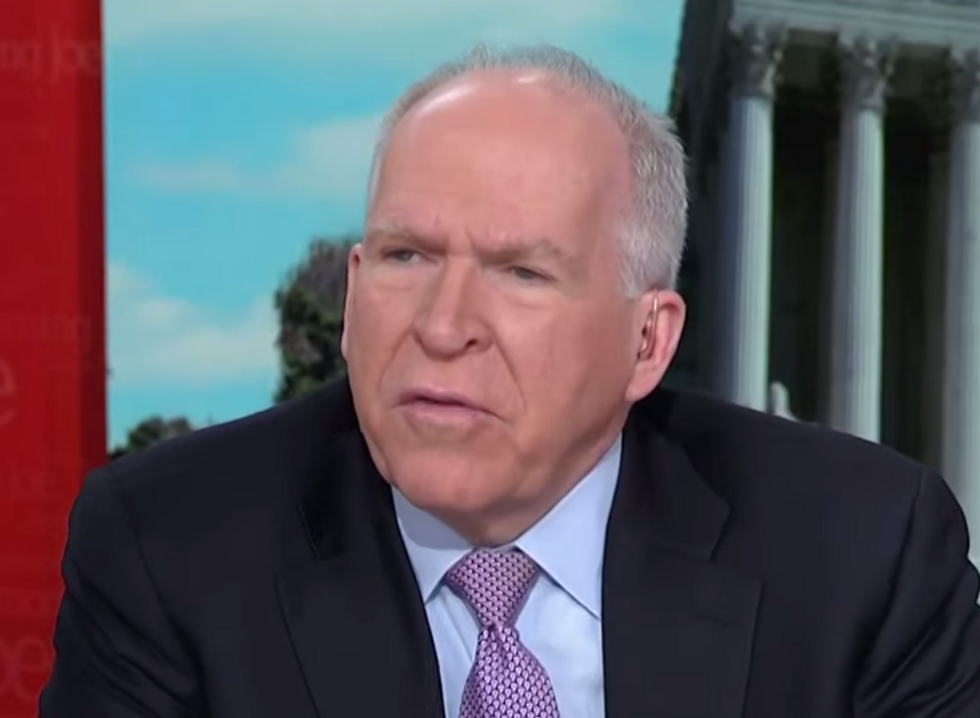 Veteran GOP operative Roger Stone, a long-time ally of President Donald Trump and an informal advisor during Trump’s 2016 presidential campaign, has been arrested in connection with Special Counsel Robert Mueller’s Russia investigation. The 66-year-old Stone is facing seven felony charges, including one count of obstruction of justice, one count of witness tampering and five counts of making false statements. And when John O. Brennan discussed Stone’s arrest during a January 25 appearance on MSNBC’s “Morning Joe,” the former CIA director predicted that a “significant number” of additional arrests and indictments will be coming “very soon” as a result of Mueller’s probe.

Brennan told the panel that included legal analyst John Cevallos, advertising executive Donny Deutsch and GOP strategist Elise Jordan, “I suspect that within the next 60 days, you are going to have ... a significant number of indictments. I think people are waiting for the report that is coming out from Mueller, but what I look for more is the indictments.”

The 66-year-old Brennan asserted that Stone’s arrest doesn’t come as a surprise to him.

“Like many people in the Trump orbit,” Brennan told the “Morning Joe” panel, “Mr. Stone has an established track record of being unethical and unprincipled. And now, this is catching up with him. A seven-count indictment is a very serious one, but it shows that the special counsel’s office is uncovering the evidence it needs. And so, just like Mr. Stone’s indictment, I’m not going to be surprised by the other indictments that are going to be coming down the pike very soon.”

Stone has stressed that no matter what, he will not “flip” on Trump and cooperate in Mueller’s probe. When Brennan was asked “if that calculus has changed this morning” with Stone’s arrest, Brennan responded, “I think it’s changing and will change. If he decides to go down for Trump, it’s going to be his loss. But I think there are many people who have that position and then change it very quickly when the federal guidelines, the sentencing guidelines tend to sink into them.”

Mueller’s office alleges that in 2016, Stone knew that WikiLeaks had obtained hacked e-mails stolen from the Democratic National Committee (DNC) and Hillary Clinton’s campaign manager John Podesta and was planning to publish them online—and that Stone shared his knowledge with the Trump campaign. Mueller believes that the hacker, who went by Guccifer 2.0, is a Russian government intelligence official.

Asked if Mueller’s WikiLeaks-related allegations involving Stone “ring true” with what Brennan knew in 2016, the former CIA director responded, “Absolutely. In the Summer of 2016, we were watching what was happening in terms of what was being released by WikiLeaks and how the Russian hand was behind this. And so, the intermediaries were something that was looked at very closely by the FBI and others.”