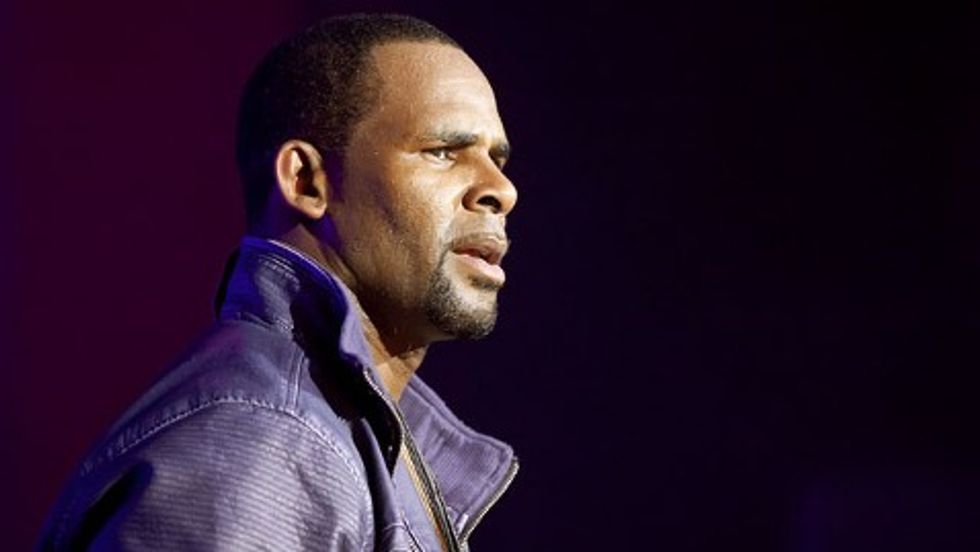 This week Lifetime premiered its six-part docuseries “Surviving R. Kelly,” dream hampton's detailed look at the musician's history of epic narcissism and disturbing allegations of a long-standing pattern of sexual abuse and domestic violence from multiple accusers, including those who were teenagers when they say the abuse happened.

Before I go any further, I’d like to give full disclosure: I did think R. Kelly's music — hip hop twirled with R&B in a gritty way — was cool when I was a juvenile. All the kids at my middle school bumped him. But when my sister told me he married his 15-year-old protégé Aaliyah (which he has always denied), and I responded with something like, “shouldn’t she be playing with kids my age?”

I fell off the Kelly train and even became disgusted with him when I got a little older and started analyzing his lyrics. For example, here's the hook from his hit song, “You Remind Me of Something”:

You remind me of my Jeep, I wanna ride it

Girl you look just like my cars, I wanna wax it

I wanna spend it, baby

Jeeps and bank accounts are property — something that someone owns — and knowing the history of this country, no black person in their right mind should be OK with being called property, nor identifying another person as such. The idea of comparing black women like my mother, who risked her life to bring me into this world, or my fiancée, whom I couldn’t even begin to imagine a life without, is beyond crazy; psychotic even. So the signs were there in the songs that abuse allegations against Kelly carried weight, but his friends and family — along with the media, the music industry and his loyal fans — fumbled the ball over and over again.

“Surviving R. Kelly,” is an extremely important piece of reporting, and the number of survivors, family members, former business associates, and people close to Kelly who share close and personal stories about his years of addiction, manipulation and alleged abuse of women and girls will be eye-opening to those who haven't followed the details of Kelly coverage across two decades. But I fear it might not be enough to take him down, so I’d like to point out what else you can do to help the #MuteRKelly campaign while all eyes are on this story.

If you are in the car or at the family cookout and someone puts on R. Kelly, inform them about the many allegations against him and pull up the hundreds of articles that offer testimony from the women who say he has harmed them. How would they feel if that was their child?

Most streaming sites including Apple Music and Tidal still play Kelly’s music. And on Spotify, streams of his music even increased by 16 percent after "Surviving R. Kelly" premiered. Convince every person you know to unsubscribe until they remove Kelly’s music, and let the platforms know why. The best way to gut a predator or to put a stop to unchecked narcissistic behavior is to snatch away their money, because without it they can't function.

Lobby authorities to investigate his team

R. Kelly has never acted alone; he's had a host of friends and employees that not only have allegedly stood by while he victimized women and girls but in some cases have also aided him, which makes them responsible too.

Take Kelly's former manager Demetrius Smith, who confessed to his role in the Aaliyah marriage (she was 15 when Kelly reportedly married her in secret, which Kelly has in the past denied) during his "Surviving R. Kelly" interview: “I’m not proud of that (day),” he said. “I had papers forged for them. Aaliyah was underage. We got the marriage license, we were at a hotel in Maywood, Illinois. It was just a quick little ceremony, nothing elaborate. Aaliyah didn’t have a white dress, Robert didn’t have on a tux, just everyday wear. Robert said ‘I do.’ Him and Aaliyah.”

“Aaliyah looked worried, scared,” Smith continued. “She was worried and scared. I wanted so much to grab Aaliyah and talk to her. She gave me a look like she wanted me to talk to her. . . . I knew that it had changed the course of everything.”

Smith giggled while telling the story as if he showed little or no remorse. I think it’s time he feels some pressure.

Target celebrities who have publicly supported him, and refuse to speak out now

R. Kelly’s social media accounts have been full of photos and comments from other people in the industry, including Tamar Braxton and Da Brat. Their mentions, comments and emails should full of messages on how wrong it is for them to be publicly supporting Kelly over his many accusers. Ditto for his high profile past collaborators who refuse to speak out now. The promoters and bookers who continue bring Kelly out to perform should be held accountable as well.

Get R. Kelly some help

R. Kelly clearly needs professional help. If he’s not going to jail, then I hope his friends, family or the people who claim to love him can at least try to get him into some type of treatment program where his multiple problems can be sorted out before more women suffer in the future.