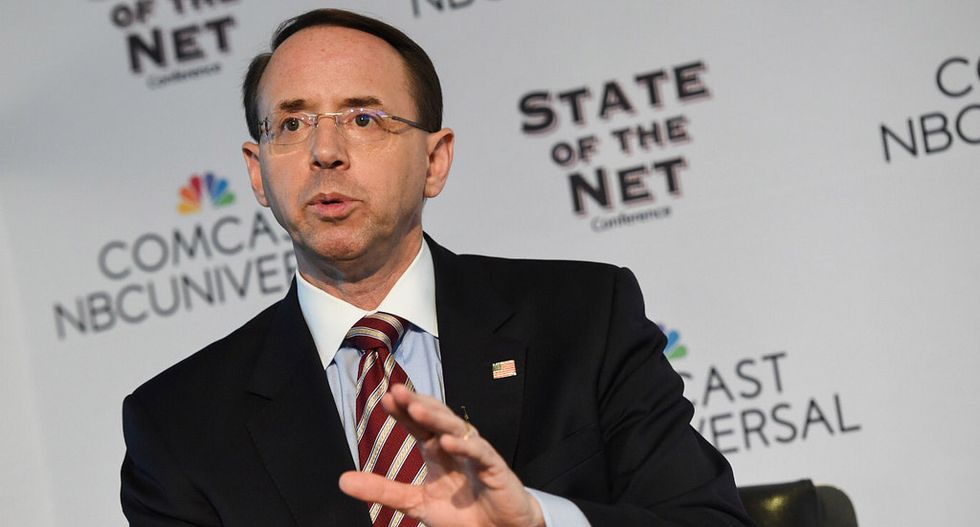 While an aggressive push by grassroots organizations and congressional lawmakers was made to ensure Deputy Attorney General Rod Rosentein was not improperly removed or forced out of his position at the U.S. Justice Department, multiple media outlets reported Wednesday morning that he has indicated to the White House his intention to leave within the coming weeks.

The deputy attorney general has been managing special counsel Robert Mueller's Russia investigation and has signaled to other officials that he would leave when he was satisfied that Mueller's investigation was either complete or close enough to completion that it was protected.

When exactly Rosenstein leaves could shift depending on the timing of Barr's confirmation and the naming of a new deputy attorney general. An official briefed on the discussions said Rosenstein wants to ensure a smooth transition, which includes the Mueller investigation.

Barr's Senate confirmation hearing begins January 15, which means a confirmation vote at the earliest would occur in mid-February.

There has been paramount concern among Trump critics that Rosenstein would be forced out or fired as a way for the president to assert more control over the Mueller probe.

Let’s hope this means Rosenstein believes that Mueller’s work is largely done and can no longer be derailed. https://t.co/rNsTOhEmtm
— Renato Mariotti (@Renato Mariotti)1547041414.0