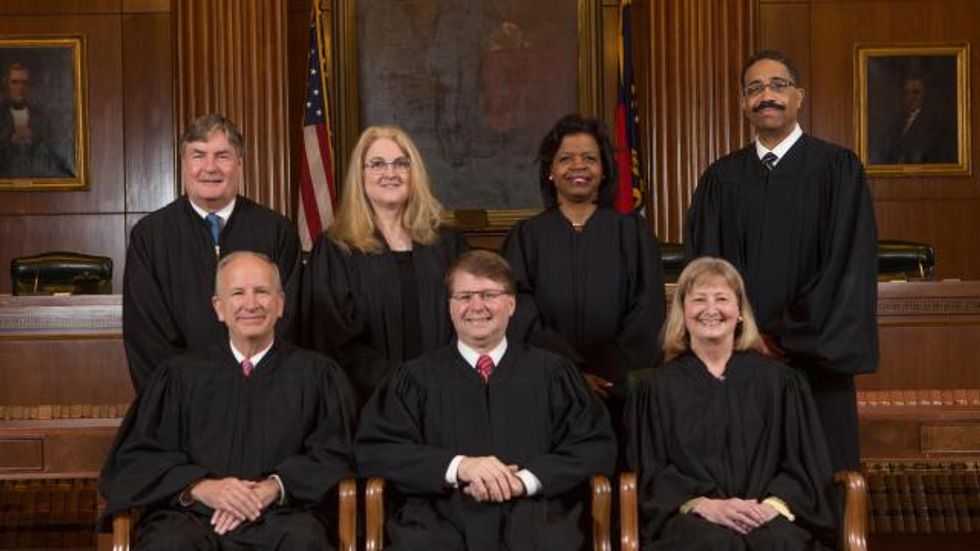 On Friday, conservative North Carolina Chief Justice Mark Martin announced that he will be stepping down next month to become the dean of the Regent University law school. This means that Democratic Gov. Roy Cooper will be able to appoint a replacement — and the result could be far-reaching not just for fair elections in North Carolina, but for congressional redistricting for the next decade.

The North Carolina Supreme Court has undergone a rapid and seismic ideological shift. In 2016, the court consisted of four conservative and three liberal justices. But that year, liberal challenger Mike Morgan defeated Justice Bob Edmunds, shifting the majority to liberals. The panicked GOP legislature responded with a flurry of laws to try to protect incumbent conservative Justice Barbara Jackson in 2018 — they made judicial races partisan and canceled the primary, trying to get multiple Democrats to run against the Republican and split the vote. That plan backfired spectacularly as multiple Republicans ran on the ballot while Democrats coalesced around civil rights attorney Anita Earls, giving Democrats a 5-2 majority. Martin's departure means Democrats will now have a 6-1 majority.

And that could spell doom for the Republicans' gerrymandering scheme in North Carolina, which is one of the most egregious in the country — last year, Democrats won 51 percent of votes in state House races, but Republicans won 59 percent of seats because they drew the district lines to maximize Republican majorities.

At the federal level, the U.S. Supreme Court will hear a case in March to decide whether North Carolina's 10-3 partisan Republican gerrymander of congressional seats is constitutional. The GOP blatantly drew this map to prevent Democrats from being represented, with state Rep. David Lewis saying, "I think electing Republicans is better than electing Democrats." But it is unclear that the court, stacked as it is with President Donald Trump's right-wing appointees, is prepared to intervene.