Conservative columnist: Trump's rhetoric proves he's strictly playing to his base with border wall fight — not trying to win over public opinion 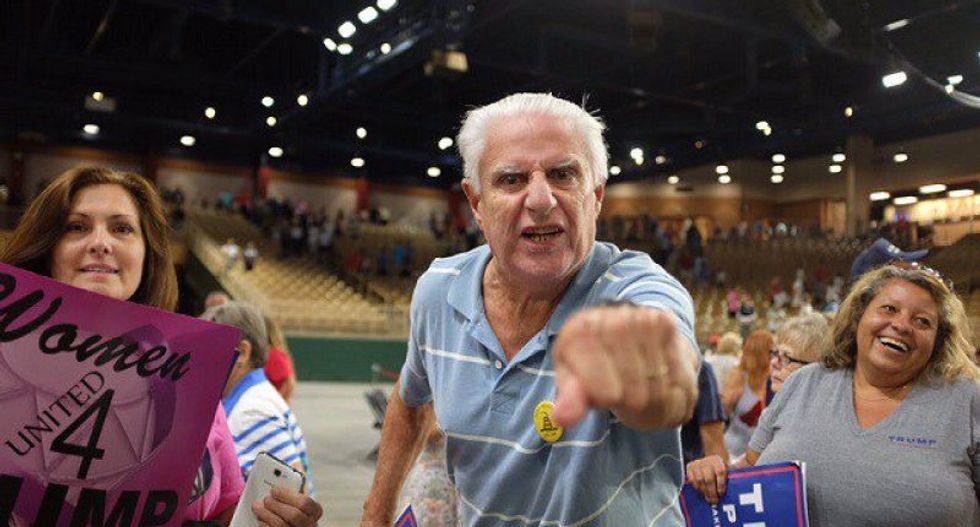 President Donald J. Trump didn’t always have nice things to say about GOP paleoconservative Patrick Buchanan, who is now one of his ardent supporters. But these days, Trump fully embraces the mixture of nationalism, protectionism, white grievance and social conservatism that Buchanan has championed—and in a January 14 op-ed, the right-wing National Examiner’s Philip Klein stresses that when Trump quotes Buchanan, he isn’t trying to sell nonbelievers on his border wall proposal, but is playing to his hardcore base.

Klein (the Examiner’s executive editor) notes that Trump quoted Buchanan in a series of January 13 posts on Twitter. And Trump’s rhetoric is right out of the Buchanan playbook when he tweets that the U.S./Mexico border must be “militarized and defended, or the United States, as we have known it, is going to cease to exist.”

Such themes aren’t new for Buchanan, who sounded a lot like the Trump of 2019 during his presidential campaigns of 1992 and 1996. But they are more recent additions to Trump’s repertoire. Back in the 1990s, Trump was more of a Blue Dog Democrat—and when Buchanan was considering challenging Buchanan for the Reform Party’s 2000 presidential nomination, Trump was highly critical of someone he now quotes.

But for Trump, times have changed. And quoting a divisive figure like Buchanan in 2019, according to Klein, isn’t something Trump would be doing if he were really trying to sell Democrats on the need for a U.S./Mexico border wall—it’s clearly a rally-the-base move.

“Without re-litigating the politics of the 1990s, it’s just worth observing that citing Buchanan clearly isn’t something that makes sense if Trump is interested in trying to convince persuadable Americans about the merits of a border wall,” Klein writes. “It’s something that only makes sense if he’s interested in signaling to a certain part of the electorate that he’s one of them and is fighting for them.”

But Klein concludes his article by noting that Trump isn’t trying to win over his critics by shutting down the government. Instead, his goal is to show his Buchanan-ish hardcore base that he’s still with them.

“It shouldn’t be shocking that Trump is losing the public opinion war over the shutdown badly,” Klein asserts. “It isn’t a war he seems to be interested in winning.”