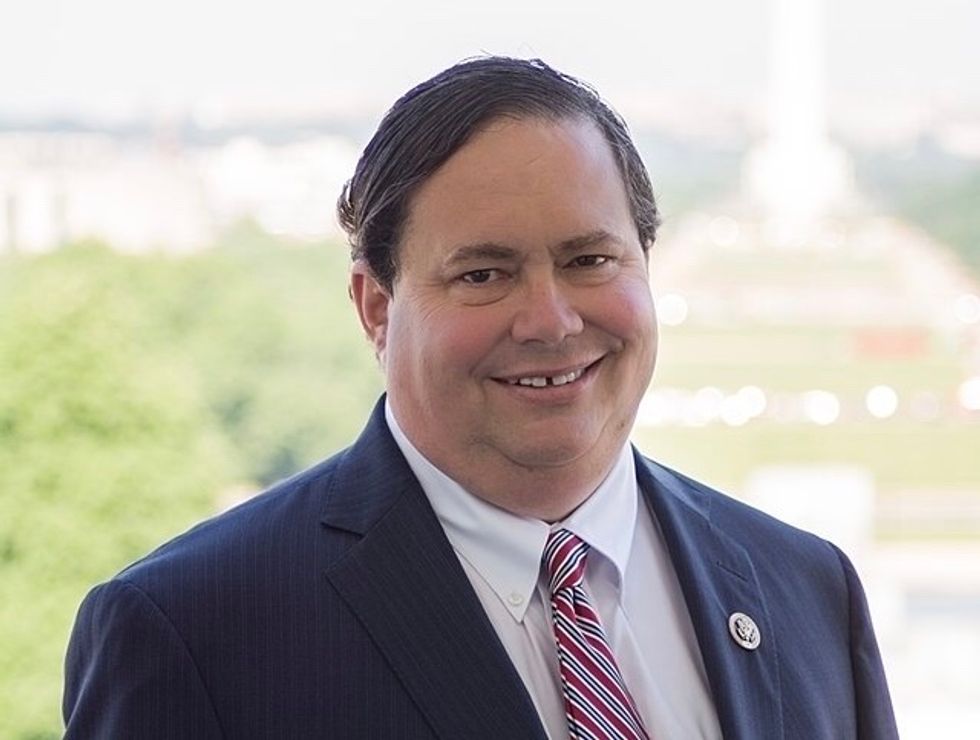 On Tuesday, the Huffington Post reported that Rep. Mark Walker (R-NC) plans to introduce a bill called the Bad Lawmakers Accountability and Key Emends (BLAKE) Act. The bill would prohibit any former members of Congress from lobbying the House or Senate if they ever paid out a sexual harassment settlement with taxpayer money and failed to reimburse the government for it.

If that sounds oddly specific, it's because the BLAKE Act is designed to prevent anyone else from repeating the scandal of former Rep. Blake Farenthold (R-TX).

When this news broke, Farenthold announced he would not seek re-election, then a few months later resigned to avoid a ruling from the House Ethics Committee. He initially promised to reimburse taxpayers for the $84,000, but kept offering excuses as to why he hadn't done it yet and eventually just said he wouldn't.

Despite making a mockery of his office, the taxpayers, and basic human decency, Farenthold proceeded to take a high-paying job as a congressional lobbyist for the Port of Port Lavaca — prompting a lawsuit alleging he was illegally hired without public notice.

The BLAKE Act would not affect Farenthold himself, as it cannot be applied retroactively. However, Walker will urge House Speaker Nancy Pelosi (D-CA) and House Minority Leader Kevin McCarthy (R-CA) to informally grandfather him in by refusing to take meetings with him.

Congress has sought for much of the last year to pass a comprehensive overhaul of sexual harassment policies on Capitol Hill, including banning lawmakers from paying out settlements with taxpayer funds in the first place. In December, lawmakers reached a bipartisan agreement, but passage was put on hold by President Donald Trump's shutdown fight.