CNN host corners GOP Rep who refuses to forgo his congressional paycheck amid government shutdown: 'Why wouldn’t you do that?' 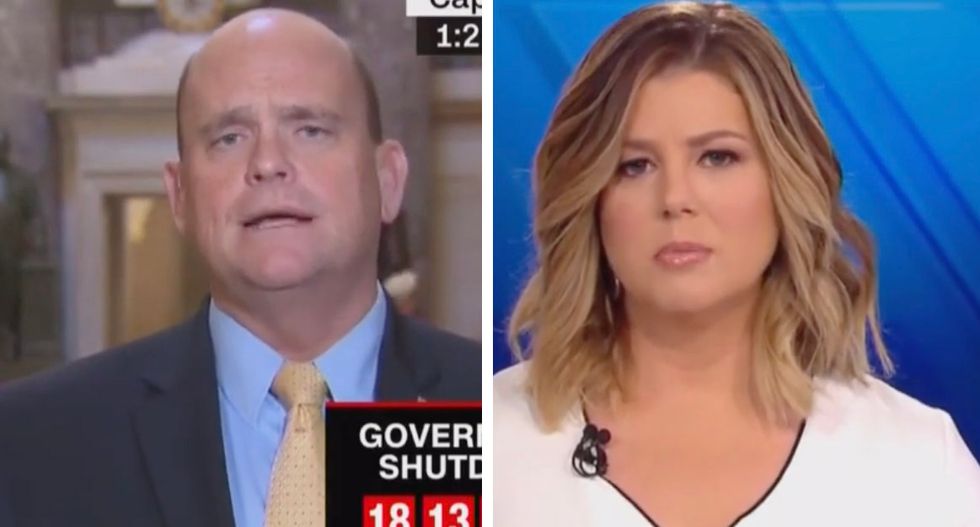 With the federal government of the United States having been partially shut down for almost three weeks, an estimated 800,000 federal workers have either been furloughed or asked to report for work without pay—and President Donald Trump has declared that the shutdown could last for months or even years if Congress doesn’t approve funding for his proposed U.S./Mexico border wall. Republican Rep. Tom W. Reed (who was reelected in New York State’s 23nd Congressional District in the 2018 midterms) has expressed his solidarity with Trump and applauded the shutdown, but when Reed appeared on CNN on January 9, he expressed no desire to sacrifice his own paycheck.

Unlike furloughed government employees, members of Congress continue to be paid during federal shutdowns—although at least 60 people in Congress have volunteered to forgo their paychecks during the current shutdown. But when CNN’s Brianna Keilar asked Reed if he would be willing to give up his paycheck, it was obvious that he wouldn’t.

“I just don’t feel it’s appropriate for me to use a PR stunt or something along those lines,” responded Reed, who went out of his way to dodge Keilar’s questions.

Keilar noted that Reed makes a lot more money than many of the furloughed workers who aren’t being paid, and he evasively said, “We’re going to take care of that.”

Asked exactly what he meant by “take care of that,” Reed told Keilar, “We’ve given to charity, historically, when we had shutdown situations, and we’re going to do that continuing, going forward. But you know, to worry about members’ pay and things like that, I think we’re losing sight of what really is happening here: we’re having a failure to govern. We’re having a failure to compromise and come together, and to solve problems for the American people. And I think that is where the heart of this conversation should be.”

House Democrats who have volunteered to forgo their pay during the shutdown include Dutch Ruppersberger and David Trone in Maryland and Abigail Spanberger, Elaine Luria and Jennifer Wexton in Virginia. Some Republicans in the House have opted to forgo their paychecks as well, including Denver Riggleman and Rob Wittman.