There’s a toxic weed killer on the menu in K-12 schools across the US: Center for Environmental Health 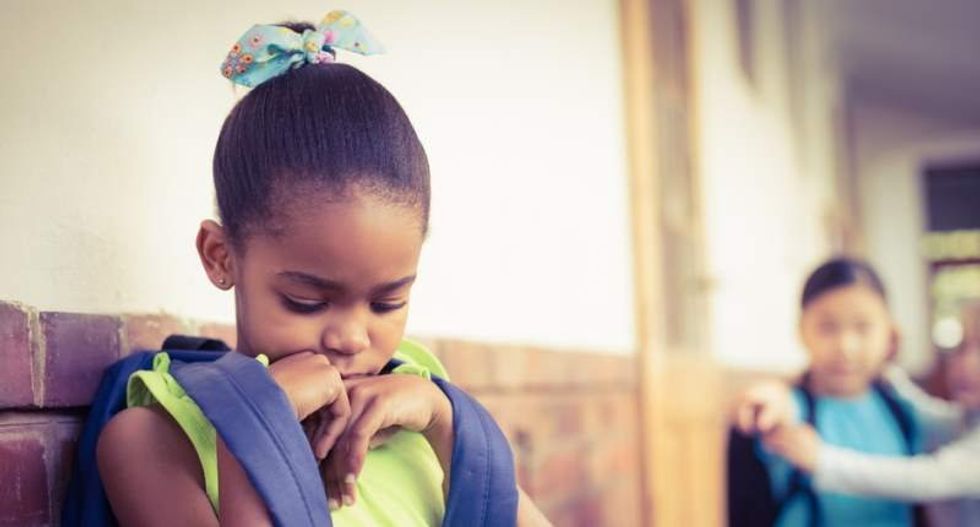 Many parents cheered about 10 years ago when Michelle Obama took on the important task of improving school meals. Of course, every child should have a healthy lunch and breakfast. Most of us have school cafeteria stories; I still remember the feeling of failure I had decades ago when I realized my daughters never had time to eat more than their dessert before joining the stampede for recess.

Ms. Obama’s work — and the work of many other concerned parents, teachers and staff — sparked significant improvements in school menus, some of which are now being undone by the current administration (allowing children to eat food with more salt and less whole grain). Schools must once again take another step forward.

If you haven’t met glyphosate (Roundup) yet, allow me to introduce you. Glyphosate is the most widely used pesticide in the US. Its use has skyrocketed during the last 20 years because of the popularity of genetically-modified crops that are tolerant of this weed killer. Health concerns about glyphosate have also skyrocketed since 2015, when the World Health Organization evaluated its ability to cause cancer.

Glyphosate’s evaluation as a probable carcinogen is scary and was recently validated by a jury that awarded a school groundskeeper a multimillion-dollar judgment against Monsanto/Bayer because he had developed cancer after years of Roundup use. The decision has paved the way for thousands of other cancer patients and families to seek justice and compensation in court.

Glyphosate is now in most of us: Recent biomonitoring studies have detected it in the urine samples of 70 to 93 percent of the US population.

Even scarier, recent research has demonstrated that glyphosate can disrupt our body’s hormones, those vital molecules that manage growth, development, behavior, sex and more.

Exposing children, with their developing bodies, to a chemical that can cause cancer and hormone dysfunction is wrong. It’s especially wrong for children simply eating breakfast at school, who often are from low-income families. This fact has spurred the nonprofit Center for Environmental Health (CEH), where I serve as the senior scientist, to measure glyphosate contamination in breakfast cereals and bars served at schools. Although our study was small, the results were striking.

Our findings corroborate a growing list of recent studies demonstrating the presence of glyphosate in children’s foods, including preliminary findings by CEH in August, as well as those by the EWG, Moms Across America, Food Democracy Now and the Food and Drug Administration.

Because our study was small, and there is not much government testing of glyphosate contamination in popular grocery items, there may be other contaminated products at your school or grocery store. We just don’t know. We did recently find glyphosate contamination in King Arthur bread flour. King Arthur is the fourth-largest seller of flour in the country, consumed by approximately 16.61 million Americans this year. King Arthur bread flour is used for more than just baking bread, the company also claims “it strengthens whole-grain pastries, makes cookies crispier, and when combined with all-purpose flour, creates chewier pizza crusts and more tender muffins.” If we found it in commonly sold wheat flour, where else might it be?

Fortunately, there is a straightforward way to reduce the amount of glyphosate that our students consume. Certified organic foods are grown without glyphosate and the ones that we have tested are uncontaminated. Thus, we are asking schools to buy these organic cereals and bars. Some organic food is more expensive than conventionally grown food, but even a partial switch reduces the amount of this pesticide that students are eating and increases the market for organics, setting up the economies of scale that will lower prices.

Further, switching to organic cereals in the short term and advocating for stronger chemical regulation in the long term is beneficial to all eaters, especially people who are exposed to the highest levels of pesticides because of their work, such as groundskeepers and farmworkers.

What can parents do? Here are three steps to help protect you and your family:

Monsanto (now Bayer) made hundreds of millions of dollars in 2017 from herbicide sales. We need to demand a change. Cancer-causing chemicals do not belong in children’s meals, whether served at home, at school or a child care center.

Caroline Cox is the senior scientist at the Center for Environmental Health. She has been writing about glyphosate hazards since the 1990s.