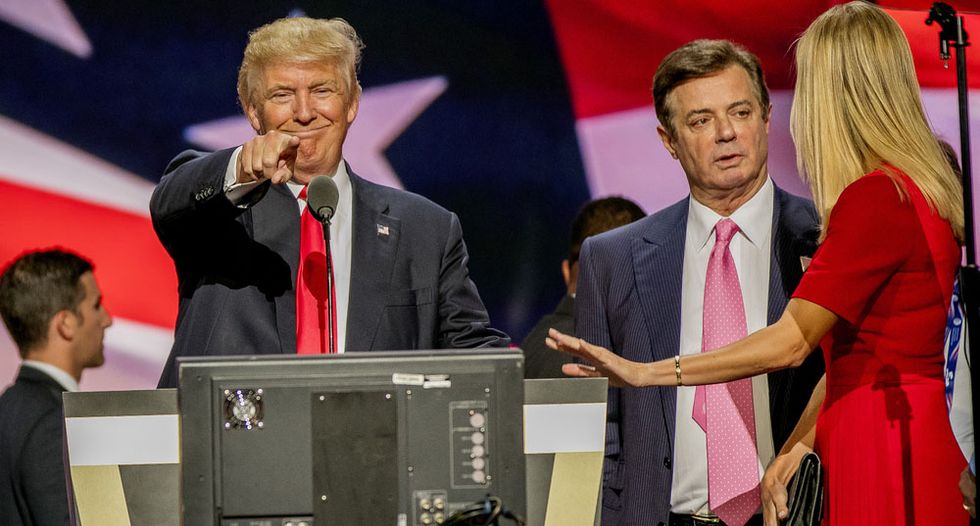 A conservative Washington Post columnist has written a column in which she argues the latest revelations about former Trump campaign boss Paul Manafort sharing confidential campaign polling data with accused Russian spy Konstantin Kilimnik is “a blockbuster revelation should end talk of a ‘witch hunt.'”

Jennifer Rubin points to the apparent exchange between Trump’s inner circle and the Russians, in what appears to now be a two-way street.

“This is not the first piece of evidence of collusion between the Trump camp and Russian figures, to be sure,” she said. “The Trump Tower meeting in June 2016 between Manafort, Jared Kushner and Donald Trump Jr., and Russians promising ‘dirt’ on Hillary Clinton has been known for some time. But here we see Manafort giving something of value (insider polling data) to a Russian.”

As Rubin notes, we need to know why Manafort wanted to pass polling to Kilimnik. She quotes former Department of Justice spokesman Matthew Miller in explaining that there likely isn’t an innocent explanation.

“It’s hard to see what good polling data would be to a Russian oligarch, so it raises the question of whether Manafort’s actual goal was to get the information to the Russian government itself,” Miller said.

As Rubin notes, this is yet another bullet-hole in Trump’s original claim to have nothing to do with Russians during the campaign.

“We have, at the very least, yet another previously undisclosed contact between the Trump campaign and Russians,” she writes. “We’ve come a long way since Trump claimed neither he nor anyone on the campaign had contacts with Russians… It’s hard to describe how bizarre this many contacts between a campaign and a hostile foreign government — one trying to influence the campaign to that side’s favor — truly is. Keep in mind that no major party presidential campaign of which we are aware ever had a single contact with the Russians.”