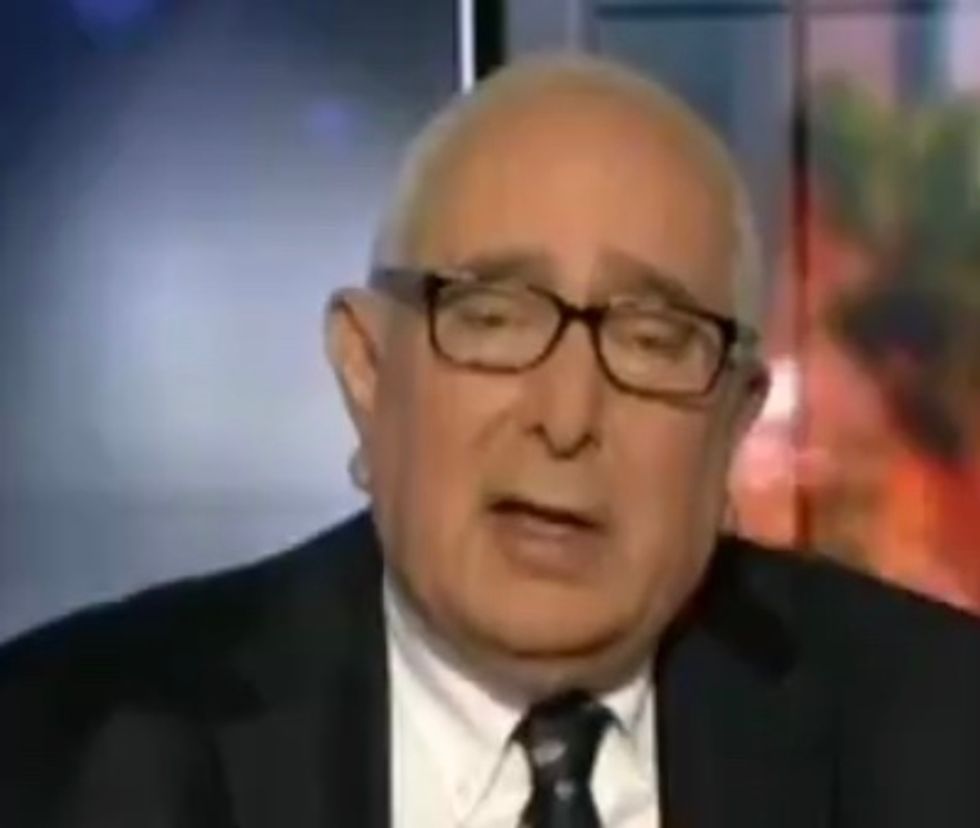 Republicans have been throwing all kinds of ridiculous character attacks at freshman Rep. Alexandria Ocasio-Cortez (D-NY).

But actor and right-wing political commentator Ben Stein took it to a new ridiculous extreme during a Fox Business exchange on Tuesday: according to him, Ocasio-Cortez's ideas are basically the same as Hitler's and could lead to genocide!

"We have a society in which there are an awful lot of people who have no idea that Stalin, Hitler, Mao Tse-Tung all came to power promising the same kinds of things that Ms. Ocasio-Cortez is promising," said Stein. "And it led to mass murder, it led to dictatorship, it led to genocide. These promises are old promises and they invariably lead to bad things. The promise of just saying to the people do what you can within the law to make your life better and your family's life better — that system works extremely well. Capitalism is a system that allows people to make something of themselves instead of oppressing other people. It's an incredibly good system."

Stein's argument makes no sense. First of all, lumping Hitler together with Stalin and Mao is odd, because Hitler wasn't a socialist, he was a fascist. These are polar opposite ideologies — Stalin and Mao set out to create classless, collectivized societies, while Hitler wanted a racially pure society that still allowed for private property and profit.

But even more important, Ocasio-Cortez hasn't advocated any of these dictators' ideas. Many of her ideas, like a 70 percent top marginal tax rate on the rich and a Green New Deal, have already been successfully enacted in the United States before, without leading to dictatorship and mass slaughter.

Stein is known for invoking Nazi Germany at odd moments. He has also tried to claim that Darwin's theory of evolution led to the Holocaust.