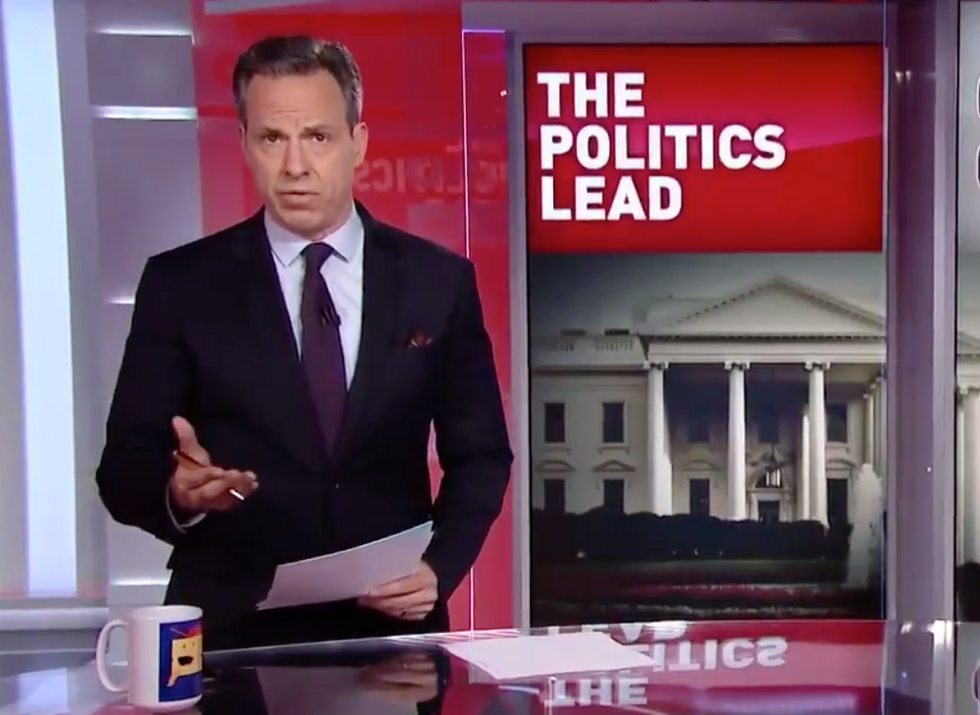 CNN's Jake Tapper argued Tuesday afternoon, ahead of President Donald Trump's Oval Office address to drum up support for a U.S.-Mexico border wall, that the White House faces an extreme credibility challenge with the American people of the president's own creation.

"Polls suggest roughly 60 percent of the public considers the president to be dishonest," Tapper said. On no other topic, he added, has Trump been as misleading as he has been on immigration.

Tapper proceeded to detail the administration's recent deluge of lies. Trump and his allies have lied about supposed "terrorists"  at the border. He lied about other presidents telling him that they regretted not being able to build a border wall. Trump is even lying about his own promises about the wall — saying never promised it would be a concrete wall when, in fact, he did.

"It’s almost as if the public can’t even hear what the President has to say because around the issue of border security, there has been built a wall — A wall of misinformation," said Tapper. "A wall of lies."