'You sold out your country!': Judge tears into Michael Flynn at sentencing as right-wing conspiracy theories fall apart 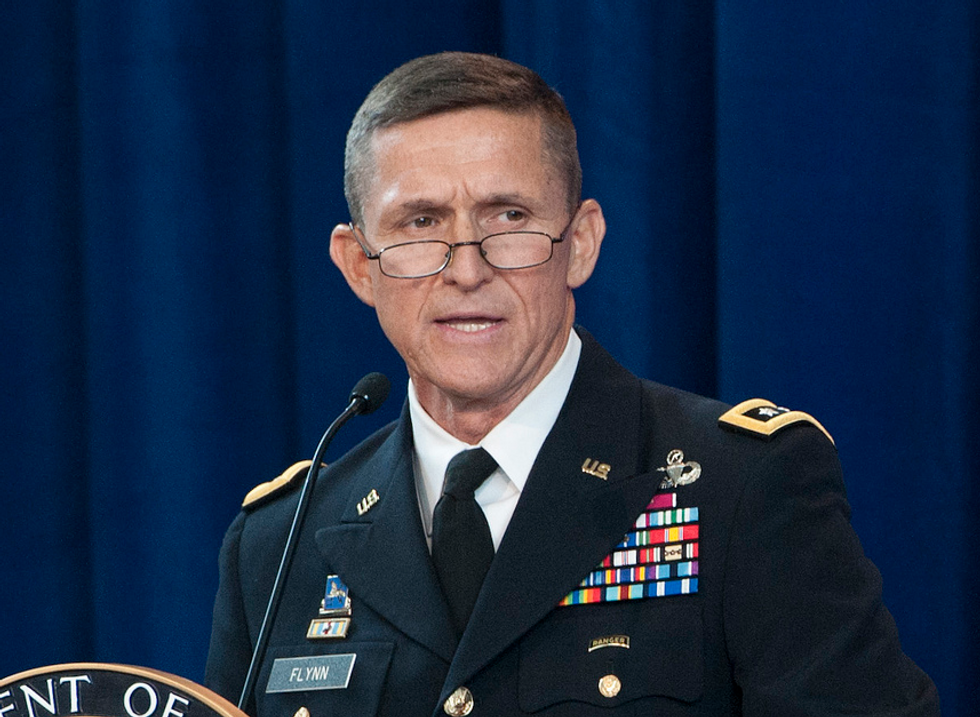 While critics of Special Counsel Robert Mueller, who had charged Flynn for lying to the FBI and obtained his guilty plea and cooperation, had hoped Sullivan would vindicate their attacks on the investigation, the judge had different plans. Some had even speculated that Sullivan would vacate Flynn's guilty plea because of supposed FBI misconduct in the case — despite a complete lack of evidence that any occurred.

Instead, Sullivan excoriated Flynn — not just for the crime he was charged with, but for other crimes Mueller's investigation has uncovered. In an indictment revealed on Monday, Flynn was shown to have operated as an undisclosed agent for the government of Turkey, though while his associates were charged with those crimes, he did not face any additional criminal penalties.

"You were an unregistered agent of a foreign country while serving as the national security adviser to the president!" the judge told Flynn Tuesday. "Arguably, this undermines everything this flag over here stands for! Arguably, you sold your country out!"

After this unexpected tongue-lashing, Flynn's lawyers decided to take up the judge's offer to delay sentencing until after his cooperation ends.

Sullivan even raised the idea that Flynn could have been charged with "treason." He later added, however, that he wasn't implying Flynn committed "treason."

"I was just curious," he said. Brandon Van Grack, a prosecutor with the special counsel, said there was no reason to think Flynn committed treason.

At one point, Sullivan even asked Flynn's lawyer Stephen Anthony if his client had been "entrapped" by the FBI — a claim propounded by the Wall Street Journal editorial board. Anthony said no.

Even some who didn't buy into the right-wing conspiracies about Flynn's sentencing, however, were taken aback by Sullivan's forceful stance during sentencing. In his sentencing memo, Mueller had praised Flynn's efforts to cooperate with the investigation, and even said he would be comfortable with Flynn serving no prison time. The sentencing guideline for his crime was between zero and six months.

This story is being updated.