Yemen: Will a deal between combatants stop the misery? 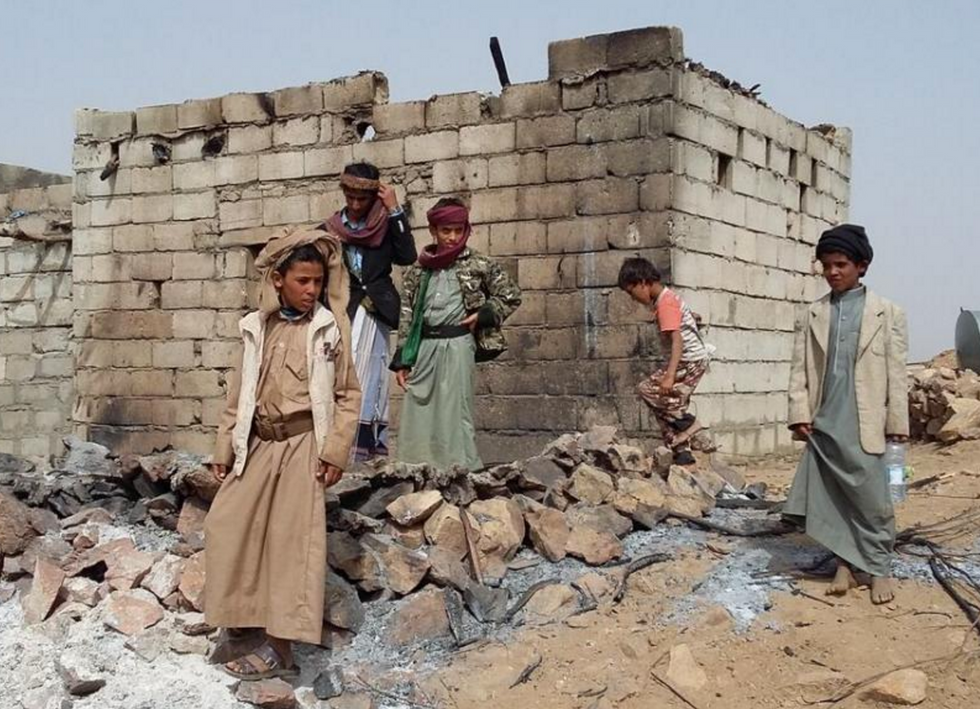 On the verge of famine, the main warriors in Yemen agreed on steps to ameliorate their disastrous war, but few claim that aerial bombings by Saudi Arabia and ground attacks by the rival Houthis will eventually stop the slaughter.

In a town near Stockholm, Sweden, the combatants met for the first time for talks (December 6 to 13), led by Briton Martin Griffiths, the UN special envoy for Yemen. They promised a cease-fire on the Red Sea ports of Hodeidah, Salif and Ras Issa, prisoner exchanges and a promise to look into turbulence in the city of Taiz.

Griffiths told the UN Security Council that “our collective achievements this week were indeed a significant step forward. But what is in front of us is a daunting task. As ever the hard work starts now.”

The United Nations has started placing monitors, led by retired Dutch General Patrick Cammaert, around Hodeidah to keep watch on the cease-fire and allow ships to unload humanitarian supplies.

“The country is on the brink of famine, with over 60 percent of the population not knowing where their next meal will come from,” the leaders of the UN World Food Program, UNICEF and the World Health Organization said in a joint statement.

David Beasley, executive director the World Food Program and a former South Carolina governor, reported that at least 12 million people in a population of 28 million are “just one step away from famine.” Furthermore, about 70 percent of the population suffers from food shortages.

There has been a 50 percent decrease in shipments coming through the port of Hodeidah because of the fighting, preventing WFP from delivering enough wheat for 3.7 million people, he said.

Health care fares no better. Beasley said the chief doctor at the main hospital in Sana’a said he only had room for 20 children. “The rest? They go home to die.”

According to UN reports, the country has experienced the world’s worst cholera outbreak this century.

Who Is Fighting Whom?

In March 2015 Saudi Arabia launched a military campaign, mainly from the air, against the Houthis in the north, who now dominate most of the civilian population and the city of Sana’a. Some experts believe at least 10,000 people have died from the air strikes. While Saudi Arabia has no troops on the ground, its Emirati allies are accused of aiding jihadists like Al Qaeda.

They also are supposed to dominate Aden, the nominal capital, but no one is sure who is in charge, and the president of the internationally recognized Yemeni government has fled to Riyadh in Saudi Arabia.

The Houthis are mainly made up of tribal groupings. They began to fight three decades ago to counter Saudi Arabia’s strain of Salafi Islam. They mastered their combat ability in the last few years but seem to have no long-term strategy to build a modern state. Their main slogan is: “God is great, Death to America, Death to Israel, Curses on the Jews, Victory to Islam.” They are known to have recruited thousands of child soldiers and allow no public criticism. They have, however, battled Al Qaeda.

For the United States, the Houthis are tools of Iran, although they differ in doctrine. No doubt Iran has supplied some of its weapons. Nikki Haley, the ambassador to the UN, has presented evidence of Iranian support for the Houthis’ missile attacks on Saudi and Emirati targets. For Haley and other U.S. officials, “Iranian aggression [is] at the root of the crisis.” Few experts would agree.

Washington, followed by London and Paris, supplies Saudi Arabia with weapons and other military aid.

But since the murder of Washington Post columnist Jamal Khashoggi in Istanbul, leading members of Congress have asserted that Saudi Crown Prince Mohammed bin Salman was complicit in the killing while President Donald Trump has distanced himself from the charge.

In December, the Senate voted to end military assistance for Saudi Arabia’s war in Yemen. It also passed a separate resolution assigning the blame to Prince Mohammed bin Salman for the killing of Khashoggi. But it will not get past the White House.

The Trump administration’s support for Saudi Arabia was also evident in a December 21 UN Security Council resolution that authorized the UN monitors for an initial 30 days and asked Secretary-General Antonio Guterres to report weekly on the implementation of the resolution.

Britain, the drafter of the resolution, ran into American objections, backed by Kuwait, on the humanitarian crisis and the need for accountability for war crimes. Diplomatic sources attribute the U.S. position to Saudi influence. Washington also wanted Iran mentioned, which Russia refused.

After a night of talks, the British stripped some of the humanitarian language but kept in the resolution a call for all sides to “remove bureaucratic impediments to the flows of commercial and humanitarian supplies, including fuel….”

The Saudi-led coalition has at times stopped fuel supplies to the Houthis.

In an address to the Security Council, Karen Pierce, Britain’s UN ambassador, said: “It’s vital that the parties follow through on their commitments to pave the way for a formal relaunch of negotiations, and at the same time deliver real improvements on the ground that make a tangible difference to ordinary Yemenis.”