Wisconsin Republicans jam through 82 Scott Walker nominees in one day 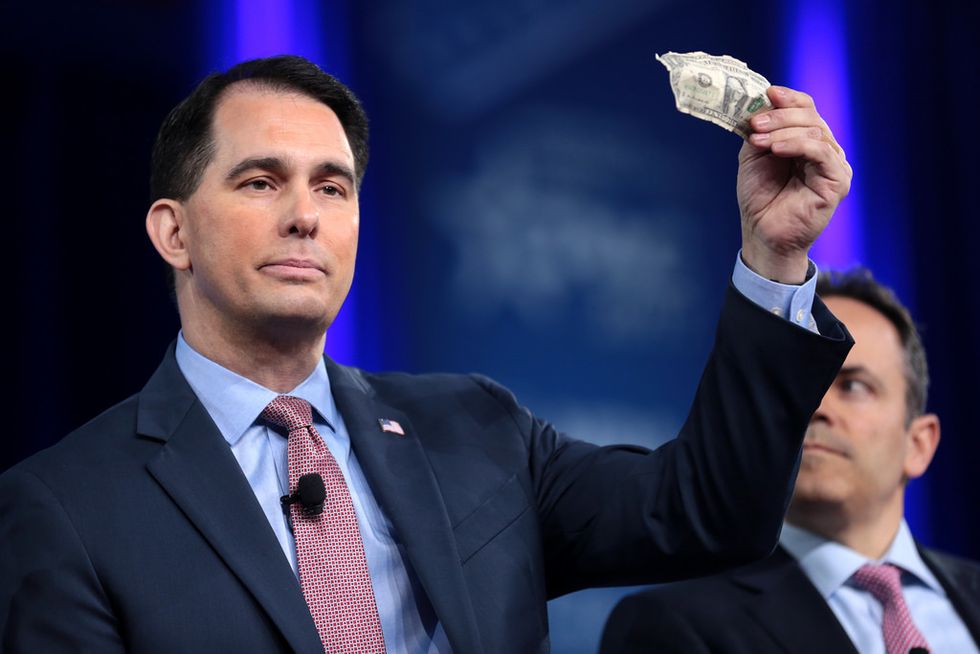 The Republican-controlled Wisconsin state Senate rushed through more than 80 of outgoing Gov. Scott Walker’s appointees to prevent the incoming Democratic governor from choosing his own nominees.

On Tuesday, the Senate also voted to confirm 82 of Walker’s appointees in one day, including some who had only been nominated a day earlier and did not have a public hearing, the Wisconsin State Journal reported.

The appointees include two members of the board that oversees public universities in the state, including one seat that had been empty for more than a year. Republicans also approved top Walker aide Ellen Nowak to be the new head of the state’s Public Service Commission.

Evers spokeswoman Carrie Lynch told the Wisconsin State Journal that more than 30 of the appointees had not had a public hearing.

Evers wrote a letter to Walker asking him to withdraw his nominees.

“These appointments should be fully vetted in the next legislative biennium,” Evers wrote. “Many of them have had no public hearing and some have not filed a statement of economic interest. Given the rushed timing and the fact that many of these appointments have gone unfilled for extended periods of time, I must request that you withdraw this slate of names to allow ample time for full review, not only for the State Senate, but for the people of Wisconsin, too.”

Walker’s spokesman Tom Evenson insisted that 78 of the nominees were sent to the Senate “months ago” and three of the other four appointees were “sent to the Senate last week were due to vacancies created by recent resignations. The fourth, the student regent ... was selected months ago but was not forwarded to the Senate for confirmation because it was in recess.”

The mass confirmations come after Wisconsin Republicans pushed through several bills to weaken the governor’s office before Evers is sworn in. Republicans lost the governor’s race and attorney general race but held on to both chambers of the legislature as a result of a heavily pro-Republican gerrymander. Republicans won 64 percent of state assembly seats despite winning only 45 percent of the popular vote.

The legislation is aimed at stopping Evers from withdrawing from a lawsuit that seeks to dismantle Obamacare and make it harder for him to roll back some of Walker’s moves -- like the $3 billion subsidy for a Foxconn factory that Republicans pushed through -- and also to weaken Evers' power over the implementation of laws. Republicans backed down from a proposal to weaken the attorney general’s office by allowing Republican lawmakers to replace the attorney general with state-funded private attorneys when state laws are challenged in court, Politico reported.

Senate Majority Leader Scott Fitzgerald said outright that the Republicans rolled back the governor’s power because they “don’t trust” the Democrat that the state’s voters put into power.

“Most of these items are things we never really had to kind of address because guess what — we trusted Scott Walker and the administration to be able to manage the back and forth with the legislature. We don’t trust Tony Evers right now in a lot of these areas,” he told WISN.