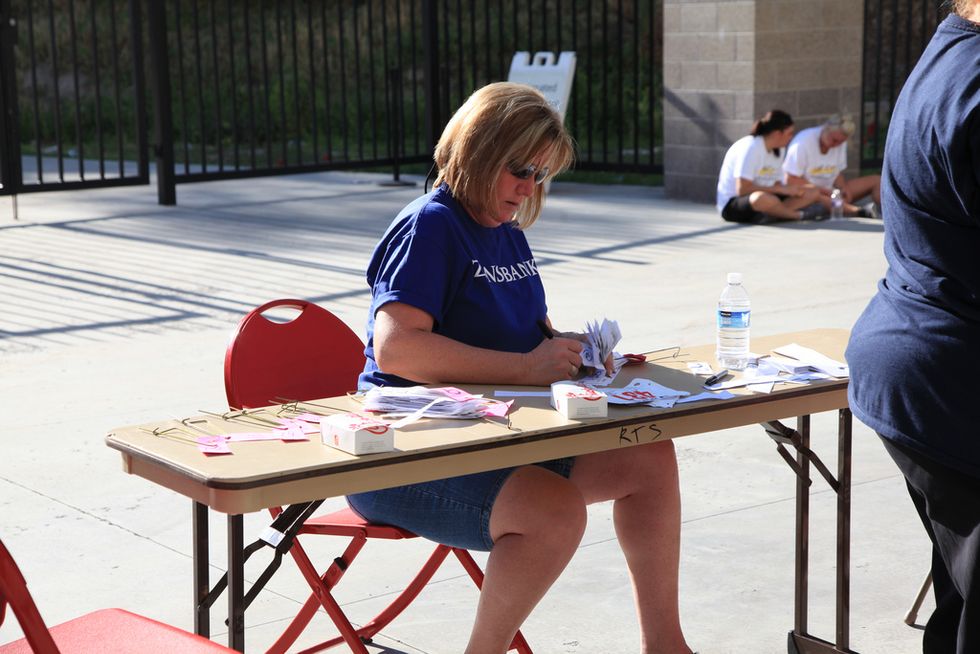 After President Donald J. Trump’s 2016 election, many progressive organizations experienced an influx of rapid-fire online donations. People were fueled by indignation about social inequities, the president’s Twitter feed, or the constant stream of news on social networks, and they sprang to action with financial support.

Those groups, including the American Civil Liberties Union, Planned Parenthood, the Southern Poverty Law Center, and the Refugee and Immigrant Center for Education and Legal Services, were the recipients of a new phenomenon known as “rage giving”: making reactive donations through peer-to-peer fundraisers on social media, apps, and sometimes directly to organizations.

This has led to an onslaught of new money and donors for nonprofits. Planned Parenthood garnered roughly 80,000 donations within three days of Trump’s election, and the ACLU brought in more than $24 million from online donations the weekend afterward, notes Beth Kanter, a San Francisco-based author and consultant specializing in nonprofits’ digital strategies.

The rise of rage giving isn’t entirely surprising given all the ways that social media makes instantaneous one-to-many communication possible. It’s possible for nonprofit work to “go viral” even if it doesn’t incite rage: The Ice Bucket Challenge to raise awareness of ALS, or Lou Gehrig’s disease, raised $115 million in funding for the ALS Foundation—all generated by viral videos of regular people pouring buckets of ice water on their heads.

If anything, nonprofit industry experts say, rage giving is an extension of activism—where socially conscious citizens not only take to the streets or the phones but also vote their dollars towards organizations they believe will combat social inequities. Though the term “rage” has negative connotations, there’s a sort of hope bundled within rage giving, Kanter says.

“A boycott is withholding,” she explains. “Rage giving is a way of taking action.”

“Local activism—writing and calling congressional representatives, marching—hasn’t had a financial component before,” says Steve MacLaughlin, vice president of data and analytics at Blackbaud, a company that develops technologies for nonprofits. “But over the last 24 to 36 months, people who may have only taken advocacy action are now also becoming donors.”

And that trend, MacLaughlin says, is likely to continue.

Nonprofits have for at least a century benefitted from so-called “episodic” giving—giving tied to specific news episodes, or annual fundraisers or campaigns. News of natural disasters prompts giving to the Red Cross. HIAS, the Jewish refugee resettlement organization, saw new support and attention after the October 2018 shooting at the Tree of Life Synagogue in Pittsburgh. (And these days, an “episode” rests in the eye of the beholder: Kanter notes that a single Trump tweet about his dislike of sharks prompted $200,000 in fresh donations to a marine life nonprofit.)

Online technology tools and apps have emerged to satisfy some consumers’ urge to put their money where their tweets are, and some apps help angry citizens decide where to vote their dollars. The app WeCanResist.It promises to “turn Trump’s tweets into donations for your favorite social justice nonprofits.”

Another app based on Twitter, Trigger, enables “retaliatory giving” and helps online denizens clap back at political opponents or “triggering” news by tweeting their disagreement and identifying what cause they’re supporting in response, all of it accompanied by the #TriggerGive hashtag. Any U.S.-registered nonprofit with a Twitter account can receive funds via Trigger.

“You’re pissed off, and that’s where we come in,” Isaac Alfton, the app’s founder, told the online tech publication Mashable, adding that donors have 24 hours to tweak the dollar amount of their gift in case, for example, they find they added too many zeroes to the amount they’re giving after a particularly enraging tweetstorm.

But are nonprofits whose work doesn’t strike a chord with the rage-minded donor losing out?

“Yes,” says Fran Wesseling, a board member at The Green Beret Foundation in San Antonio, Texas, which serves active-duty members and veterans of the U.S. Army Special Forces, known as Green Berets. “Some people have a myopic view of what’s out there in terms of causes they can support.”

Wesseling admits she’s of a generation that came of age budgeting for charitable giving and routinely writing checks to causes—but younger millennial donors wading into philanthropy are encountering and engaging with organizations differently from prior generations.

All nonprofits connect to donors through stories about their work or those who need it. Wesseling’s son, who returned from Iraq with life-altering combat injuries, needed a specialized wheelchair for mobility—but VA coverage only provides a basic wheelchair. The Green Beret Foundation can fund these sorts of gaps in coverage—as well as many other services needed by service members—to help veterans who have suffered as a result of their tours of duty, but its cause usually sits well outside the cycle of trending news.

“We need to get people mad about it,” Wesseling says.

Since she began working with the Green Beret Foundation 8 years ago, Angie Fennen, the organization’s interim executive director, says the ways in which donors give has shifted—and her organization has adjusted, accepting donations through Facebook, PayPal, peer-to-peer fundraising, as well as through direct giving.

“There are ways for people to give right now, in the moment, when you’re feeling something,” Fennen says.

While this means using analytics and tracking in more extensive ways to uncover and address donor motivation, Fennen says, nonprofits need to “give the people what they want to see” to keep them engaged. (That said, her organization will not “capitalize” on loss of life, she said.)

But nonprofit experts argue that giving is not a zero-sum game financially speaking, with winners and losers. The philanthropic pond has plenty of room—for donors with all motives.

“We’ve found no evidence that rage giving negatively impacts organizations that don’t tend to attract it,” MacLaughlin says. “The United States has 1.5 million nonprofit organizations, and most aren’t experiencing giving fueled by rage.”

“There’s a lot of concern on the part of some nonprofits about getting less donation-wise because of the trend,” author Kanter says. “But tax law changes are a much bigger issue than rage giving losses.”

Nonprofits face legitimate issues with apps and online tools for giving, some of which charge transaction or subscription fees that can eat into the funds a nonprofit actually receives. Wired recently reported on ways in which a Facebook security breach compromised one nonprofit’s fundraising efforts—and some consumers may be unaware of payment time lags or percentage fees that cut into a nonprofit’s take when funds come through a third-party environment versus directly to the charity.

In light of this phenomenon, California is now debating how to regulate what it considers “crowdfunding” for charities.

“Direct giving is always the best option for a charity,” MacLaughlin of Blackbaud notes.

That said, credit card usage means a transaction fee will always be somewhere in the pipeline—from a credit card, an app, or a nonprofit’s bank.

“We do give donors the opportunity to include fees in their donation, so we get 100 percent of the donation,” Fennen says.

But when it comes to peer-driven gifts where such an option isn’t presented, “we’d rather take an in-the-moment gift, where $5 becomes $4.50, than nothing.”

The truth of the matter is that those $5 donations add up. Whether today’s donors click and give from rage or compassion, or because a gimmick went viral, nonprofits must respond responsibly. The ALS Foundation, faced with a transformative influx of funding from the Ice Bucket Challenge, made the strategic decision to devote more than two-thirds of the funding to research, with another 20 percent allocated to patient and community service.