What's killing us: Here are the 10 drugs most implicated in overdose deaths 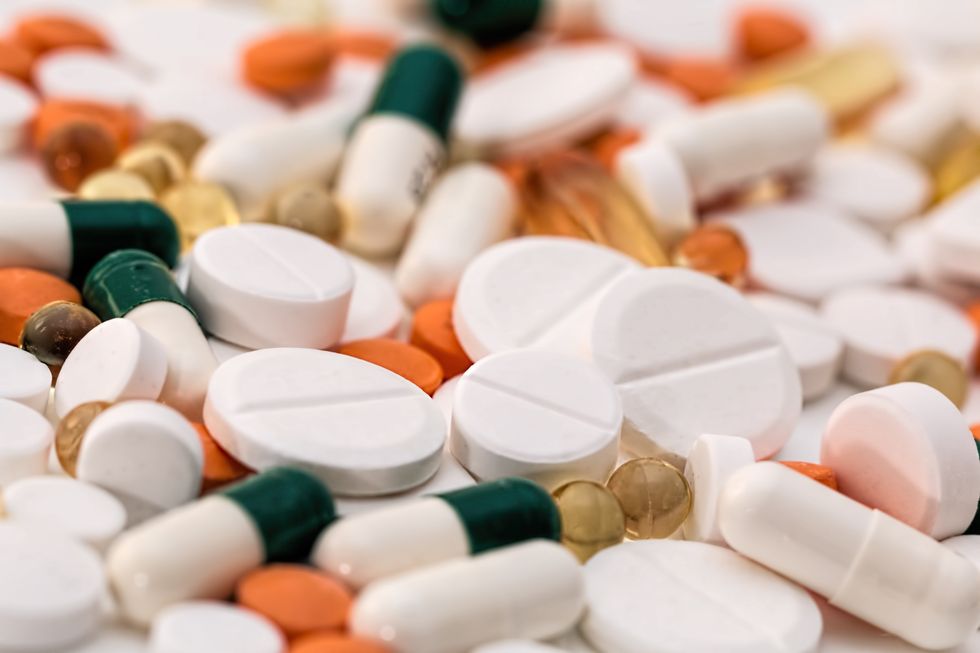 While there are signs that the country’s drug overdose crisis may have plateaued, the number of people dying from drug overdoses continues to be unconscionably high. Shockingly, the number of overdose deaths has increased tenfold since 1980 when there were only 6,000 nationwide and nearly doubled just in the past decade to more than 70,000 last year.

Now, in a new report, the Centers for Disease Control and Prevention (CDC) shed some new light on precisely which drugs are most implicated in these deaths. While the report examines overdose deaths from 2011 to 2016, we’re going to zero in on the 2016 data to get as close as possible to the present.

Three drug classes are involved: prescription and non-prescription opioids, benzodiazepines, and stimulants. Often, fatal overdoses involve more than one drug, whether it is drugs in the same class (heroin and fentanyl) or combinations of drug classes (heroin and benzos or fentanyl and cocaine).

Before we get into the number-crunching, it’s worth taking a moment to consider that each single overdose death is a tragedy. A human life has been lost prematurely, the potential snuffed out, and friends and family members suffer greatly. It doesn’t have to be that way. While we’re going to look at deadly drugs, it behooves us to remember that many of these deaths are a function not just of the drugs themselves, but of drug prohibition.

People overdose on fentanyl, for example, because in a black market there is no packaging, no quality control, no dosage information to inform them of just how powerful is that powder they’re snorting or injecting. Added to heroin or crafted into counterfeit prescription opioids by unscrupulous black market operators, fentanyl kills people who didn’t even know they were taking it. Even more insidiously, fentanyl is turning up in black market cocaine and methamphetamine, whose users aren’t even looking for an opioid high and haven’t developed any tolerance to them (although some may be speedballing—that is, taking both an upper and a downer at the same time).

That said, here are the drugs making the greatest contributions to the 63,632 overdose deaths in 2016. (The numbers add up to more than that figure because, in some—actually, most—overdoses, more than one drug is mentioned.)

At the tail end of the prescription opioid phase of the current overdose crisis in 2011, more people died from oxycodone than heroin, but between 2012 and 2015, heroin resumed its role as the leading opioid linked to fatal overdoses, only to be overtaken by fentanyl in 2016. The vast majority—70 percent—of people who died from heroin were also using other drugs. More than a third were also using fentanyl, while nearly a quarter (23.8 percent) were also using cocaine. As prescription opioids became more difficult to obtain, the number of people dying from heroin skyrocketed, nearly tripling in the five years ending in 2016.

Cocaine deaths rose dramatically beginning in 2015 and by 2016 the annual death toll was double what it had been five years earlier. With bumper crops in Colombia in recent years, cocaine is cheap and plentiful. It is also increasingly being cut with fentanyl, which is implicated in 40 percent of cocaine deaths, and mixed with heroin, which is implicated in a third of them. Cocaine is named in 17.8 percent of all overdose deaths.

Meth-related overdose deaths tripled between 2011 and 2016, a dramatic increase in what has become America’s forgotten drug problem. In 2016, slightly more than one out of 10 drug overdose deaths involved meth. Of the top 10 overdose drugs, meth is by far the one most likely to have been the sole drug implicated in the death, but even so, fentanyl was implicated in one out five meth deaths and heroin in one out of 10.

You know it as Xanax. This short-acting benzodiazepine is a favorite of stimulant users seeking to take the edge off, but also often forms part of a sedative cocktail with opioids or other benzos. About three-quarters of Xanax overdose deaths involve other drugs, with fentanyl, heroin, and oxycodone each involved in about one-quarter of Xanax deaths. Xanax deaths increased by about 50 percent over the five-year period.

Its most infamous formulation is OxyContin, but it is also sold as Roxicodone, Xtampza ER, and Oxaydo. It may have been the primary killer opioid a decade ago, but has chugged along at around 5,000 deaths a year before going over 6,000 in 2016. Four out of five people who overdose on oxycodone were also using another drug, most often Xanax (25.3 percent), followed by fentanyl (18.6 percent).

The granddaddy of opioids. Morphine deaths increased slowly beginning in 2011, but have still increased by about 40 percent since then. More than eight out of 10 morphine deaths involve other drugs as well, particularly fentanyl, which is involved in one out three morphine deaths. Cocaine (16.9 percent) and heroin (13.7 percent) are also frequent contributors to morphine ODs.

Prescribed as an opioid maintenance drug, methadone is one of the few drugs on this list to have seen the number of deaths decline between 2011 and 2016. They’ve dropped from more than 4,500 a year down to less than 3,500, a drop of roughly a quarter. Nearly three-fourths of all methadone deaths implicate other drugs, with Xanax being most common (21.5 percent), followed by fentanyl (15.1 percent) and heroin (13.8 percent).

This semi-synthetic opioid is sold under a variety of brand names, including Vicodin and Norco, and has proven remarkably stable in its overdose numbers. Between 2011 and 2016, it never killed fewer than 3,000 or more than 4,000, almost always (85 percent of the time) in concert with other drugs. Xanax was implicated in one-quarter of all hydrocodone overdoses, followed by oxycodone (17.2 percent) and fentanyl (14.9).

The most well-known diazepam is Valium. Like Xanax, this anti-anxiety drug can be used to take the edge off a stimulant binge, but it’s not cokeheads and speed freaks who are dying from it. In more than nine out of 10 fatal Valium overdoses, other drugs are involved, most commonly the opioids oxycodone and fentanyl, each implicated in about a quarter of the deaths, and heroin, implicated in a fifth.

Using these drugs is dangerous. Using them under a prohibition regime is even more so. Users don’t always know what they’re getting, and that lack of knowledge can be fatal.