'What the hell is the point of Congress?' MSNBC's Chris Hayes lashes out as 5 Democrats help the GOP protect the US role in the Yemen war 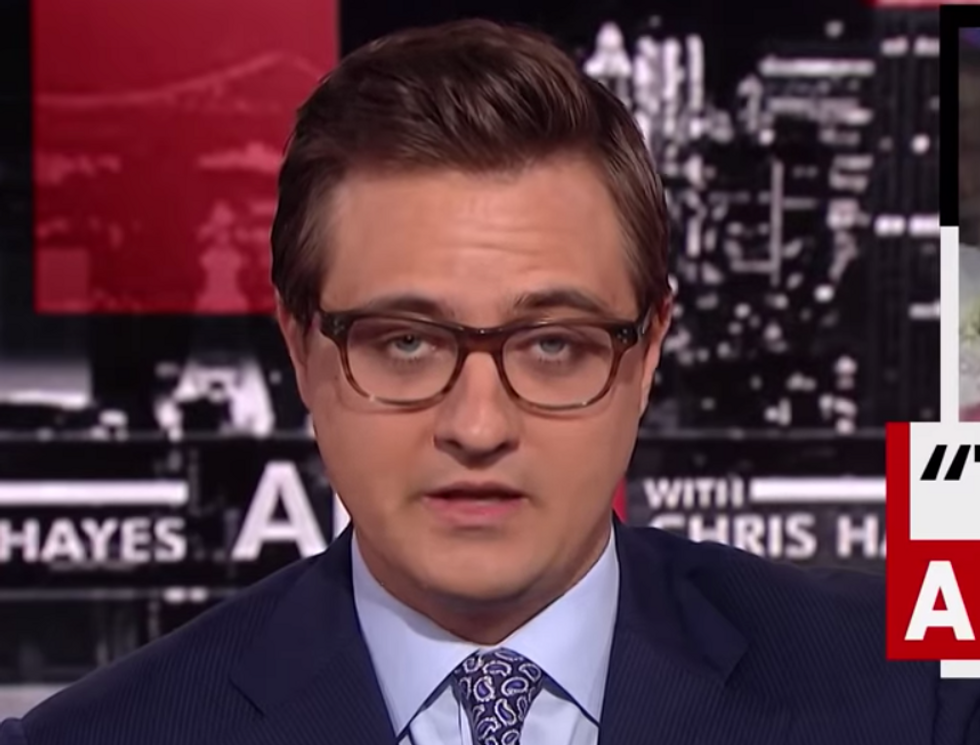 While a vote in the U.S. Senate to push forward a War Powers Resolution on Wednesday resulted in applause from peace advocates and critics of the U.S. involvement in the Saudi-led assault on Yemen, five Democrats in the U.S. House stirred outrage as they helped Republicans in the chamber pass a rule—attached to massive Farm Bill legislation—that effectively killed the hopes of voting on its version of the resolution for the remainder of the congressional session.

The procedural vote in the Senate, said resolution co-sponsor Sen. Bernie Sanders (I-Vt.), will help send a message to the world that the chamber will soon end its support for "this brutal, horrific war in Yemen led by an undemocratic, despotic regime."

MSNBC's Chris Hayes was just one of the journalists and other experts following the story who expressed outrage about the House vote.

"There is literally no domestic constituency of actual voters who are agitating for the US to continue facilitating the bombardment and starvation of Yemen," Hayes tweeted. He added, "What a despicable sham."

What a despicable sham. What the hell is the point of Congress? Why are we starving children? Someone make some aff… https://t.co/vvh6pfFSf2
— Chris Hayes (@Chris Hayes)1544644912.0

The Washington Post's Jeff Stein reported that after the vote it was the "angriest at leadership I've seen progressive House aides and members in a long time." And with the final vote 206-203—a margin where the Democratic votes made the crucial difference—one of those aides told him that was "not a coincidence."

Kind of amazing that Democrats bailed Republicans out on this one. This was a clear winning issue for Democrats.… https://t.co/HxNMlLrOcu
— Matt Fuller (@Matt Fuller)1544642342.0

Stein asked Rep. Peterson directly why he voted the way he did, to which the congressman responded, in part: "I don't know a damn thing about" the war in Yemen but dismissed the resolution to end U.S. complicity in the world's worst humanitarian disaster as an off-topic "tangent."

"Just to be extremely clear about what happened here," explained Stein in a separate tweet: "The farm bill was going to pass regardless of the outcome of this vote. In other words, these 5 Democrats could have voted both for the farm bill and against blocking a vote on Yemen. It's not like they were incompatible."

Paul Kawika Martin, senior director for policy and political affairs for Peace Action, said Speaker of the House Paul Ryan, his fellow Republicans, and the five Democrats who voted with them "are condemning more Yemeni civilians to die horrible deaths, and condemning our nation as a democracy in name only. History will not look kindly on those who abdicated their constitutional duty to debate and vote our nation's wars in the name of petty politics and shoring up future campaign contributions from the arms industry and pro-Saudi lobbyists."