Were black voters bamboozled by Russia? It's nowhere near that simple 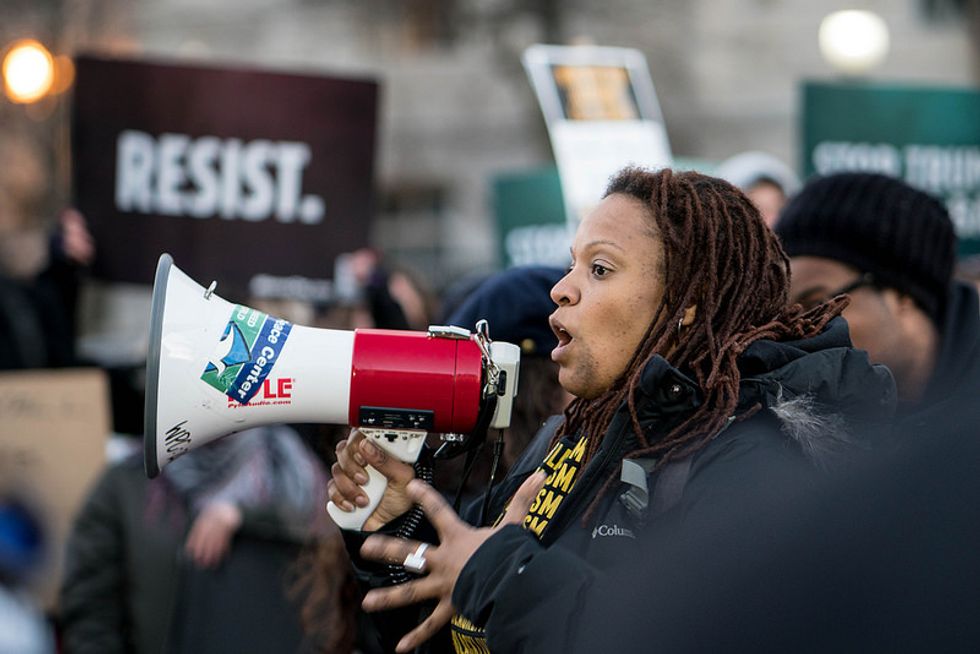 Were black Americans hoodwinked, bamboozled and tricked by the Russians during the 2016 presidential election into not supporting Hillary Clinton?

The New York Times appears to believe the answer is yes. On Monday it published an extensive report on Russia's "2016 influence operation," describing it as "an extraordinary effort to target African-Americans" with "an array of tactics to try to suppress turnout among Democratic voters" and "a blizzard of activity on Instagram" that may have exceeded the better-known Russian posts on Facebook.

According to the Times, a Senate Intelligence Committee report concludes that the "most prolific efforts" of the now-infamous Internet Research Agency, based in St. Petersburg, Russia, "appear to have been focused on developing black audiences and recruiting black Americans as assets."

Using Gmail accounts with American-sounding names, the Russians recruited and sometimes paid unwitting American activists of all races to stage rallies and spread content, but there was a disproportionate pursuit of African-Americans, it concludes.

The report says that while "other distinct ethnic and religious groups were the focus of one or two Facebook Pages or Instagram accounts, the black community was targeted extensively with dozens.” In some cases, Facebook ads were targeted at users who had shown interest in particular topics, including black history, the Black Panther Party and Malcolm X. The most popular of the Russian Instagram accounts was @blackstagram, with 303,663 followers.

The Internet Research Agency also created a dozen websites disguised as African-American in origin, with names like blackmattersus.com, blacktivist.info, blacktolive.org and blacksoul.us. On YouTube, the largest share of Russian material covered the Black Lives Matter movement and police brutality, with channels called "Don’t Shoot” and "BlackToLive."

"Black voter turnout declined in 2016 for the first time in 20 years in a presidential election," the article concludes, "but it is impossible to determine whether that was the result of the Russian campaign."

All of this is more complicated than it may appear.

If the Russian psy-op campaign indeed had any impact on black voters and their support for Hillary Clinton and opposition to Donald Trump it was likely on the extreme margins and not reflected by the vote total. There was record turnout among black Americans in 2008 and 2012 because of the historic nature of Barack Obama's campaigns and presidency, but black turnout remained relatively high in 2016 as compared to earlier elections.

The peculiar position of black Americans in the United States is highlighted once again: African-Americans are targeted by voter suppression campaigns, both at home (by the Republican Party and other conservatives) and abroad, apparently by Russian agents. Such efforts show that the African-Americans are among the most prized voters in the United States -- even if their specific justice claims are all too often ignored if not outright opposed by the country's two main political parties.

At the heart of these recent reports about Russian interference in the 2016 presidential election is a troubling question about the political sophistication and agency of black Americans.

What do we know?

Social scientists such as Michael Dawson, Cathy Cohen, Katherine Tate, Larry Bobo and others have shown that African-Americans are very sophisticated in their political decision-making.

For example, in the 2016 presidential election while Donald Trump's voters were so eager to believe his sales pitch about "working class" anxiety, the "forgotten Americans" and a cornucopia of other empty promises and bald-faced lies, black Americans were among the first to see Donald Trump for the professional con artist that he is and was.

Moreover, black Americans experience far worse economic anxiety and were hurt much more as a community by deindustrialization, globalization and the Great Recession, but they were largely not suckered by Trump's fake populism.

Any serious claims that black Americans were somehow tricked or manipulated into not supporting Hillary Clinton must also grapple with the many principled and considered reasons why members of that community may not support the Democratic Party.

Yes, black Americans -- and in particular black women -- were and remain at the forefront of support for Hillary Clinton in 2016, and for the Democratic Party more broadly in the recent midterm elections. But this is very often a function of "despite" and not "because." Why? The Democratic Party's policy positions have drifted consistently rightward since the rise of Bill Clinton in 1992, in an apparent effort to outflank the Republican Party. This has often meant embracing "colorblind" policy solutions instead of addressing the specific needs of nonwhites, and an obsessive deference to that unicorn-like voting bloc, working-class white men.

And then there is the cloud of ugly history still lingering in America regarding the agency, intelligence and capacity of black folks to be full and equal partners in the country's democratic project.

From slavery through to the Jim Crow era, there was a widely held assumption in white America that black people were too "childlike" and "simple" to be responsible stewards of democracy. To advance that narrative in the present, the Republican Party and other elements of the American right employs black conservatives whose primary job is to publicly insult and denigrate other black Americans who decide to vote for the Democratic Party as somehow being "slaves" on a political "plantation."

Most relevant here, claims were made by white elites and others during the Cold War that African-Americans were being used and manipulated by the Soviet Union and other Communist forces. In this reading, black and brown discontent could not possibly be rooted in the obvious crimes against human rights and human dignity at home. Instead, this opposition to injustice was somehow being ginned up from abroad -- and was therefore illegitimate.

The history of Trump's presidency is being written now. In this account there will be a great pressure to broaden the responsibility for this calamitous turn of events to include all Americans. Such a narrative will be sold as being "healing" and "necessary." Post- Trump America may try to make sense of its recent history by claiming that its slide into neo-fascism was everyone's sin, not the fault of any one group or individual.

That will be a false narrative. Black Americans did not elect Donald Trump. Black Americans did not birth American fascism. He is the champion and president of tens of millions of resentful and outright racist and nativist white voters. If racism and white supremacy are seen as America's native form of fascism, and Trump as its current standard-bearer and champion, then for centuries black Americans have at almost every opportunity opposed him and what he represents.

There were most certainly some black Americans who were duped, tricked, suckered, distracted or lured, out of some combination of stupidity and ignorance, into making political choices that helped Donald Trump win the 2016 presidential election. And yes, some of those decisions were the result of manipulation by Russian spies and those other provocateurs.

But those black Americans who fell for that hustle are true outliers among a people and tradition typified by great political wisdom. The same observation cannot be made about the great mass of white Americans who voted for and continue to support Donald Trump and his party.