'We are tired of the abuse': Undocumented immigrant reveals that she and others have worked for Trump for years 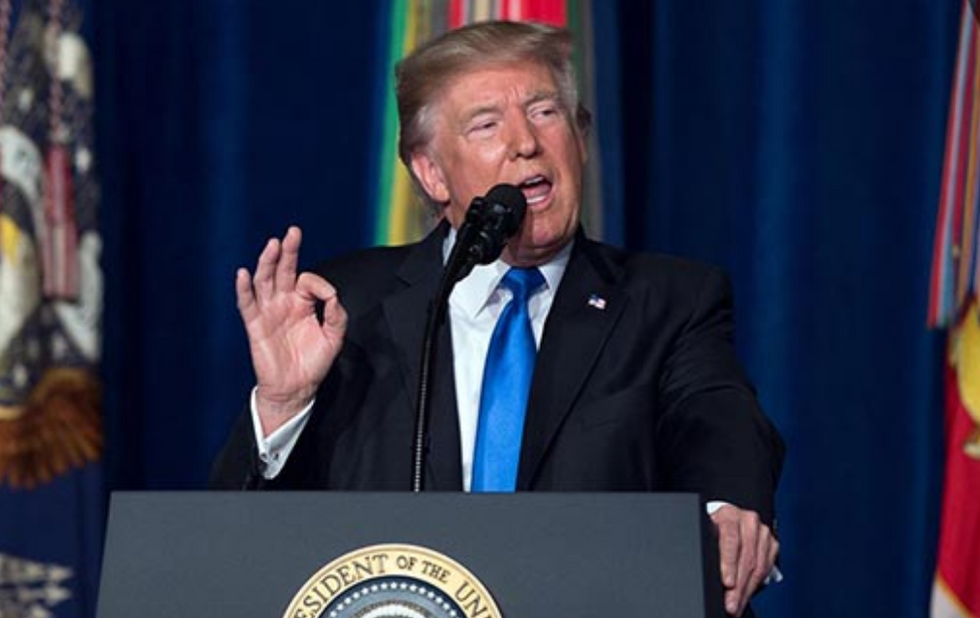 Victorina Morales has been making Donald Trump's bed, cleaning his toilet, and dusting his crystal golf trophies at the Trump National Golf Club in Bedminster, New Jersey for more than five years, The New York Times reports. She has also "washed and ironed Mr. Trump’s white boxers, golf shirts and khaki trousers, as well as his sheets and towels."

Bedminster is where Trump likes to weekend during the warmer months, when it's too hot to stay at Mar-a-Lago in Florida.

Morales, as it turns out, is an undocumented immigrant who entered the United States in 1999.

“I never imagined, as an immigrant from the countryside in Guatemala, that I would see such important people close up,” Morales tells The Times, which describes her as a "diminutive woman with only two years of education who came to the United States speaking no English."

"Ms. Morales has had an unusual window into one of the president’s favorite retreats," The Times continues. "She has cleaned the president’s villa while he watched television nearby; she stood on the sidelines when potential cabinet members were brought in for interviews and when the White House chief of staff, John Kelly, arrived to confer with the president."

"An employee of the golf course drives her and a group of others to work every day, she says, because it is known that they cannot legally obtain driver’s licenses."

"When he visited as president, she was directed to wear a pin in the shape of the American flag adorned with a Secret Service logo."

Her performance and "support" of the President have been excellent, and earned her "a certificate from the White House Communications Agency inscribed with her name."

She's not the only Bedminster employee who is undocumented. The Times reports Morales says there are several, but she does not know exactly how many

Morales, who is currently employed at Bedminster, pays taxes just like legal immigrants and American citizens, says she and other undocumented employees at Bedminster are coming forward out of frustration with Trump's attacks on immigrants.

"We are tired of the abuse, the insults, the way he talks about us when he knows that we are here helping him make money," she said. "We sweat it out to attend to his every need and have to put up with his humiliation."