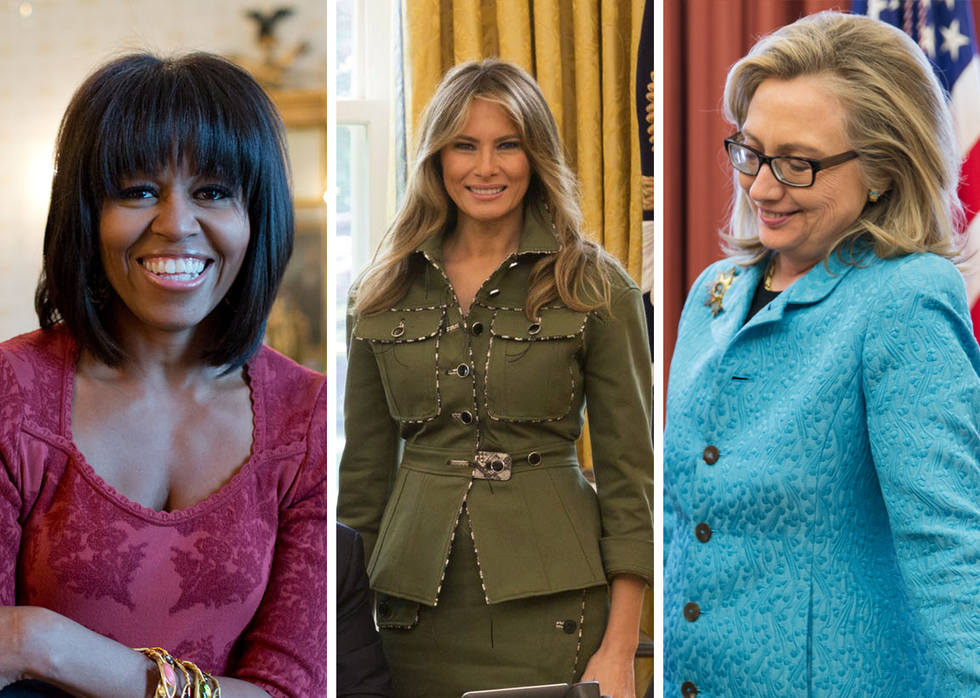 In an interview with Fox News’ Laura Ingraham last week, network media critic Howard Kurtz claimed that Melania Trump is “subjected to a particularly brutal kind of treatment and mockery” from the media, arguing “no other modern First Lady has been treated like this.”

Howard Kurtz: "Melania is subjected to a particularly brutal kind of treatment and mockery... No other modern First Lady has been treated like this." pic.twitter.com/OQ6xds38SJ

Unfortunately for Kurtz, that description of Melania’s coverage ignores troves of evidence to the contrary, as Washington Post reporter Karen Tumulty pointed out Sunday.

“Actually, mockery and brutality is more the norm than the exception for modern first ladies, the Nush wives being an exception,” Tumulty wrote on Twitter. “In 1992 (even before Bill was elected), a poll found only 22 percent of Americans thought the Clintons had a "real marriage.”

As Tumulty noted, New York Times columnist Maureen Dowd called Hillary Clinton "the single most degraded wife in the history of the world” adding “she was burned in effigy during the ’94 campaign.”

Nancy Reagan, likewise, “had a very rough go,” Tumulty added, noting “the mockery of her devoted ‘gaze’ when she looked at” Ronald Reagan.

Go further back, and you will find Eleanor Roosevelt, Edith Wilson and Mary Todd Lincoln also got battered in public opinion. Frances Cleveland raised some eyebrows when she married Grover, who was 28 years her senior.

And here's an Edith Wilson/Nancy Reagan twofer (with a Rosalyn Carter bankshot) from Bill Safire in 1987: pic.twitter.com/qe1TxHatiR

And of course, the racism to which Michelle Obama was subjected is a category entirely unto itself.

For her part, Melania Trump appears to have no probably defending herself against the media, to the media. On Saturday, CNN sparked outrage when it ran a press release from Stephanie Grisham, Trump's spokeswoman, excoriating a CNN contributor who criticized the first lady.

After complaining that “he media consistently ignores the first lady's work on behalf of the people of this country, and children in particular, in favor of more trivial matters” and predicting her “defense, here, of the first lady will certainly draw criticism and be framed as another assault on the press,” Grisham spent nearly 1,500 words on Trump’s passion and virtues.