'Waiting for the guillotine': Another Trump official reportedly expected to be fired as John Kelly gets kicked out 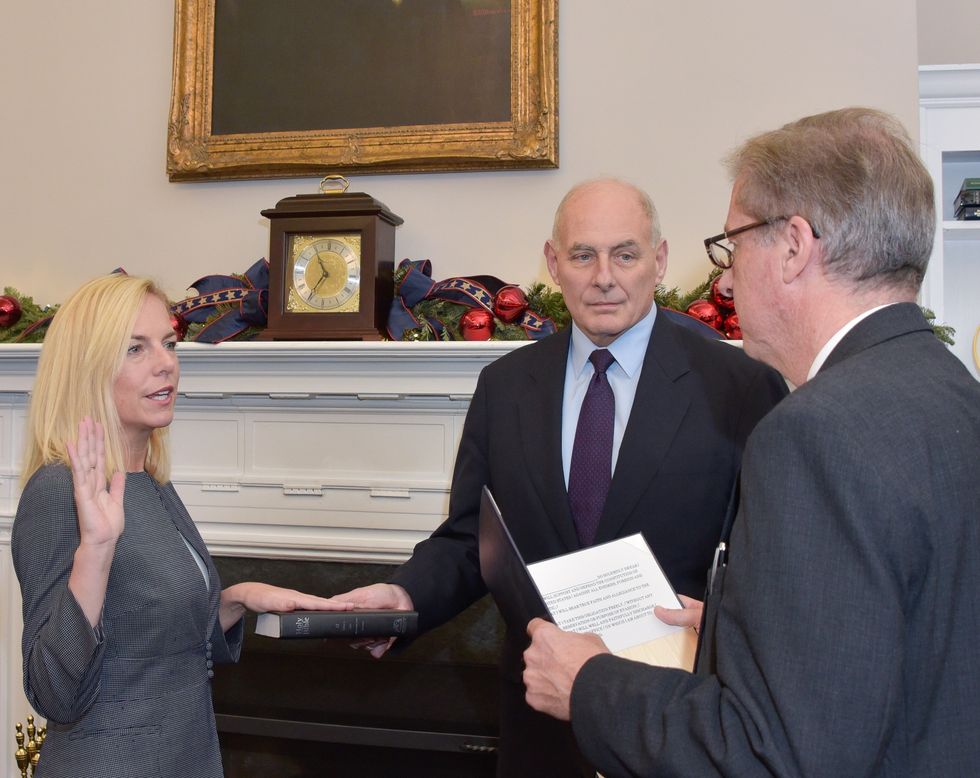 With White House Chief of Staff John Kelly heading for the exit — though perhaps a bit later than initially planned — President Donald Trump is preparing for more staff shake-ups, according to the Wall Street Journal.

Unsurprisingly, Homeland Security Secretary Kirstjen Nielsen appears to be the most vulnerable. Kelly handpicked Nielsen as his replacement when he left DHS, and multiple reports have made clear that he has continued to protect her even as the president has grown increasingly frustrated with her job performance.

Without Kelly around, Nielsen's remaining days in the administration are sure to be brief.

“People there are waiting for the guillotine,” a former DHS official told the Journal.

Before the midterm elections, multiple reports suggested there would soon be many top-level departures in the administration — which has already had a spectacularly high rate of turnover as it is. But so far, the firings of Jeff Sessions and John Kelly have been the most significant changes to the administration since the midterms. Don McGahn, former White House counsel, was forced out before the elections.

According to the Journal, staffing up the White House Counsel's office is a major priority as the newly elected Democratic House majority plans for expansive investigations of the president and the White House.

Deeply troubling reports about Interior Secretary Ryan Zinke had driven speculation that he would soon be leaving as well. But as the furor around his alleged misdeeds has subsided, so too have calls for his removal.