'Very strong evidence, if not proof': Trump's campaign reportedly may have illegally worked with the NRA during the 2016 election 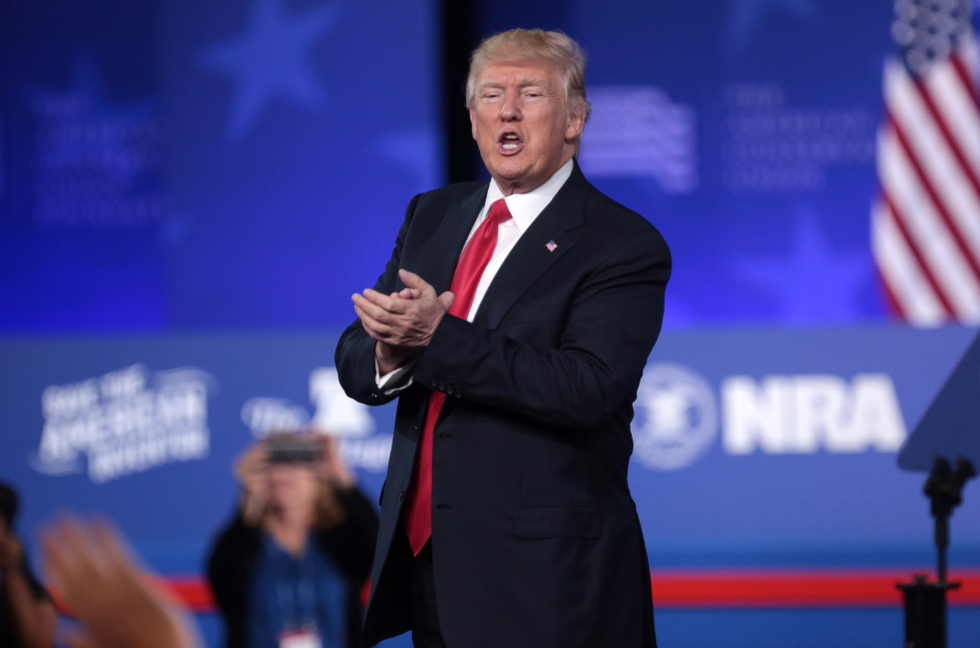 On top of suspicions that President Donald Trump's campaign nefariously coordinated with the Russian government as a part of the 2016 campaign, and in addition to the sworn statement by Michael Cohen that Trump directed him to engage in criminal campaign finance violations, the Trump campaign now stands accused of another form of illegal campaigning: coordinating with the National Rifle Association.

The allegations come from Mother Jones and in a joint investigation with The Trace.

According to the report, Trump and the NRA both targeted ads to the same area in Virginia, during the same timeslot and to the same demographic with ads that were complementary. This wasn't merely a coincidence, either. The report found that both the NRA and the Trump campaign directed the ad buy through two nominally separated organizations that, in fact, are hard to distinguish.

The ad buys by both the Trump campaign and the NRA were even authorized by the same person, according to the report: Jon Ferrell, the CFO of National Media.

It is a violation of campaign finance laws for outside groups to coordinate their election spending with a candidate, so these findings raise serious questions about the campaign's and the NRA's legal exposure. And since other evidence makes clear that the Trump campaign was hardly ethically rigorous when it came to its regard for norms, laws, and national security, the allegation isn't particularly hard to believe.

Reporting by The Trace, which has teamed up with Mother Jones to investigate the NRA’s political activity, shows that the NRA and the Trump campaign employed the same operation—at times, the exact same people—to craft and execute their advertising strategies for the 2016 presidential election. The investigation, which involved a review of more than 1,000 pages of Federal Communications Commission and Federal Election Commission documents, found multiple instances in which National Media, through its affiliates Red Eagle and AMAG, executed ad buys for Trump and the NRA that seemed coordinated to enhance each other.

Individuals working for National Media or its affiliated companies either signed or were named in FCC documents, demonstrating that they had knowledge of both the NRA and the Trump campaign’s advertising plans.

“This is very strong evidence, if not proof, of illegal coordination,” Larry Noble, a former general counsel for the Federal Election Commission, told Mother Jones. “This is the heat of the general election, and the same person is acting as an agent for the NRA and the Trump campaign.”

Ann Ravel, a former chair of the Federal Election Commission, reviewed the records for the outlet and agreed.

"I don’t think I’ve ever seen a situation where illegal coordination seems more obvious,” she said. “It is so blatant that it doesn’t even seem sloppy. Everyone involved probably just thinks there aren’t going to be any consequences.”