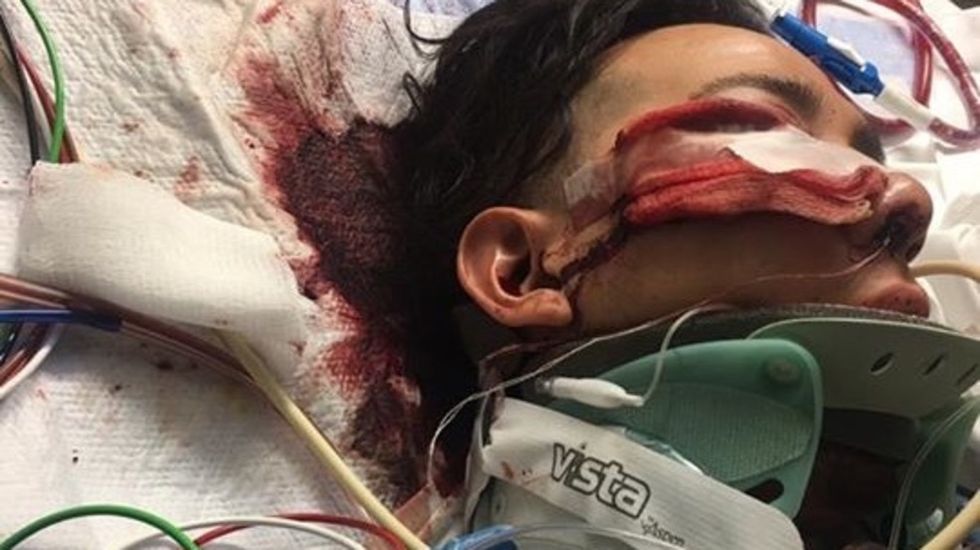 Alan Covington, 50, allegedly attacked a father and son, both of whom are Latino, at a tire shop in Salt Lake City, Utah. While doing so, he allegedly shouted, “I hate Mexicans” and "I'm here to kill a Mexican.” But according to state laws, Covington won’t be charged with a hate crime.

The victims were Jose Lopez, 51, and Luis Lopez, his 18-year-old-son. Covington allegedly struck them both with a metal pipe after entering the tire shop.

According to a GoFundMe set up by the family, Luis became unconscious from the hit to his head. He had a three-hour surgery resulting in a titanium plate being put in the right side of his face, as it was “shattered” during the attack. His father survived with eight stitches in his arm and bruising on his back.

”I as a state prosecutor cannot give them a measure of justice proportionate to the injury that they're feeling and that truly is an injustice...It basically leaves us without any kind of hate crime statutory framework. It's a farce is what it is."

As explained at Buzzfeed, Utah’s statutes are tricky. Essentially, prosecutors can only “upgrade” the level of some misdemeanor charges where perpetrators allegedly targeted the victim because of their race or social group.

Covington has been charged with two felony counts of aggravated assault, in addition to other weapons and drug charges. But for obvious reasons, the family feels targeted and frustrated.

"It makes my blood boil," Veronica Lopez, the victims’ sister, and daughter, respectively, told the Salt Lake Tribune.  "What do they want next? Do they want him to kill someone to see that he’s dangerous?"

Hate crimes have been on the rise since the 2016 presidential election, with Latinos, in particular, suffering from an increase in hate crimes. In some states, like California, hate crimes against Latinos increased by 50 percent in 2016 alone. Whether it’s the administration’s anti-immigrant (and vehemently anti-Mexican) rhetoric or a shift in political climate that allows for racism to be more out in the open, many marginalized people are understandably afraid for their lives.