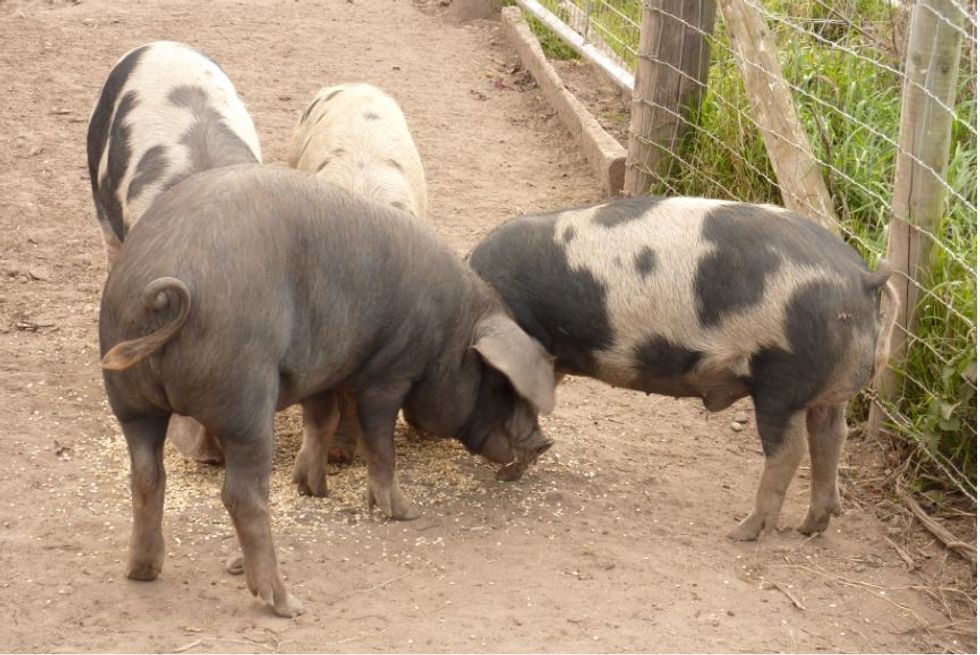 Our nation’s first national river, the Buffalo River in Arkansas, was befouled last summer by algae that sickened people, but the U.S. Geological Survey under Trump can’t decide if a nearby pig farm and more than 3 million gallons of pig waste each year are to blame.

“If there’s more money, we’d love it,” Justus said.Biologist Billy Justus said the agency doesn’t have the funding to do the research to figure out whose pollution caused the algae to grow.

Cousins Jason Henson, Philip Campbell and Richard Campbell own C&H Hog Farms which was awarded an operating permit by the Arkansas Department of Environmental Quality in 2012. The state recently denied the business a new permit, but the farm is continuing to operate while it fights that decision.

The hog farm supplies the U.S. operations of JBS SA, the world’s largest meat processor. In Brazil, police recently arrested a controlling shareholder of the firm in connection with an investigation into illegal campaign contributions.

Former President Richard Nixon signed legislation in 1972 putting the Buffalo River in the stewardship of the National Park Service. The river runs for 153 miles from its start in the Boston Mountains through limestone bluffs and forests before joining the White River. People were baptized in the Buffalo River. Tourists hike along the Buffalo or kayak on it.

Former NASA astronaut Jim Reilly was confirmed by the Senate in April to lead the U.S. Geological Survey.

The Trump administration’s lack of interest in determining whether pig shit is contaminating our nation’s first national river is just one more example of Trump and his administration coddling up to polluters. Trump shrunk Bears Ears National Monument in Utah which could be explored for oil drilling and wants to lease 2.85 million acres of Alaska’s National Petroleum Reserve.

The hog farm is on Big Creek near Mount Judea in Newton County, 6.6 miles upstream of the Buffalo River. The liquefied manure is temporarily stored in holding ponds before workers spray it on fields.

The Buffalo River area is riddled with caves and sinkholes in land that water flows easily through. Many Newton County residents get their drinking water from wells.

Scientists injected dye into wells near the hog farm and found the ground was so porous that the colored water flowed into sinkholes and then beneath the Buffalo River and also migrated upstream.