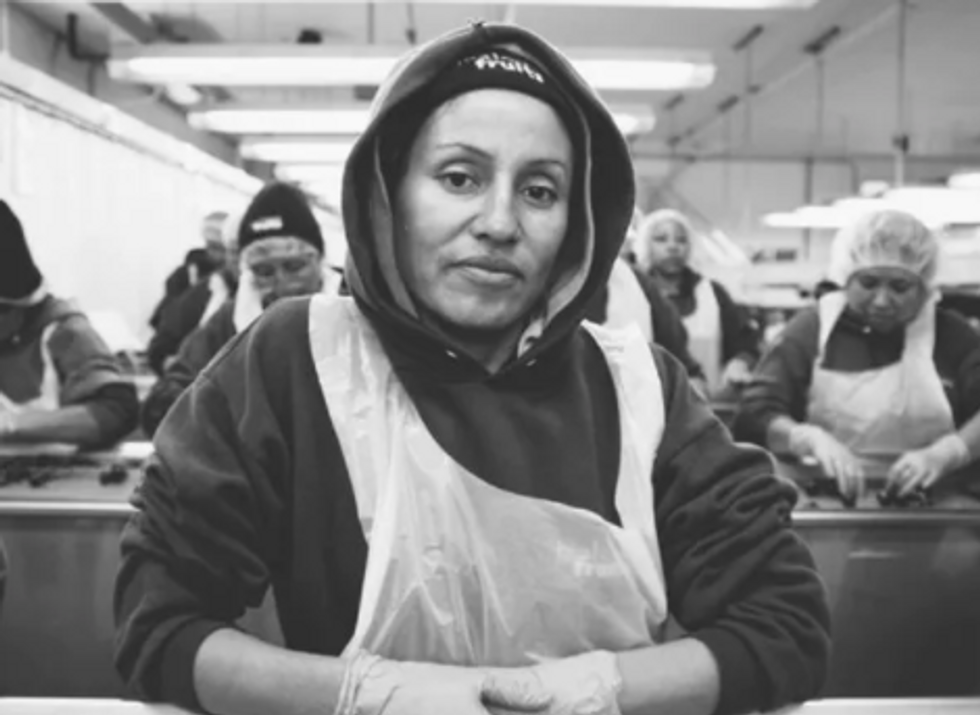 Cracking down on undocumented immigrants has been a high priority for President Donald Trump, who has repeatedly argued that illegal immigration suppresses wages and promotes bad working conditions for Americans. Trump’s critics, however, have been quick to point out that ICE abuses have soared under his administration. And a new piece by Bloomberg News documents yet another negative repercussion of Trump’s get-tough policy on immigration: abuses against immigrant and migrant workers—including legal guest workers—are on the rise.

Written by Kartikay Mehrotra, Peter Waldman and Jonathan Levin and published on December 18, the in-depth article describes the ways in which “Trump’s immigration crackdown has become the nasty boss’ best friend.” Fearing Trump’s policies, more immigrant and migrant workers are willing to put up with “unpaid wages, untreated injuries and various forms of mental and physical abuse.” Trump’s policies, according to the article, haven’t made illegal immigration go away, but they have made the mistreatment of migrant workers and legal guest workers even worse.

Bloomberg’s reporters cite some specific examples. Nayarit, Mexico resident Oscar Ivan Contreras, a legal temporary agricultural worker, found that picking blueberries for the company Munger Brothers became much worse in 2017 than it had been before. When Contreras and about 600 other guest workers visited California that year for agricultural work, Bloomberg reports, Munger’s managers had become “surlier” and “more demanding. On many days, workers got no lunch until 3 p.m.—and when the food came, it was often rotten—or there just wasn’t enough.”

Sadly, Contreras’ experience with Munger Brothers is not an anomaly. Bloomberg’s article cites other examples of abusive behavior as well—including a vitamin store owner who was fined $5000 for threatening a worker with deportation for seeking back pay (the owner texted, “Viva Donald Trump!”).

And such abuses, Bloomberg News reports, are not limited to California by any means. One of the people interviewed for the article, Boston-based employment attorney Audrey Richardson, asserted that many immigrant workers in her area are being kept in a state of servitude.

Richardson is quoted as saying, “I don’t think it’s an exaggeration to call some of the cases we’re seeing Trump slavery.”

In Seattle, migrant worker Honesto Ibarra became comatose and died after being deprived of his diabetes medicine on the job.

Mehrotra, Waldman and Levin conclude their article by noting that Munger was fined almost $146,000 “for providing insufficient breaks and meal periods”—although the fine was cut in half because “the company kept good records.”