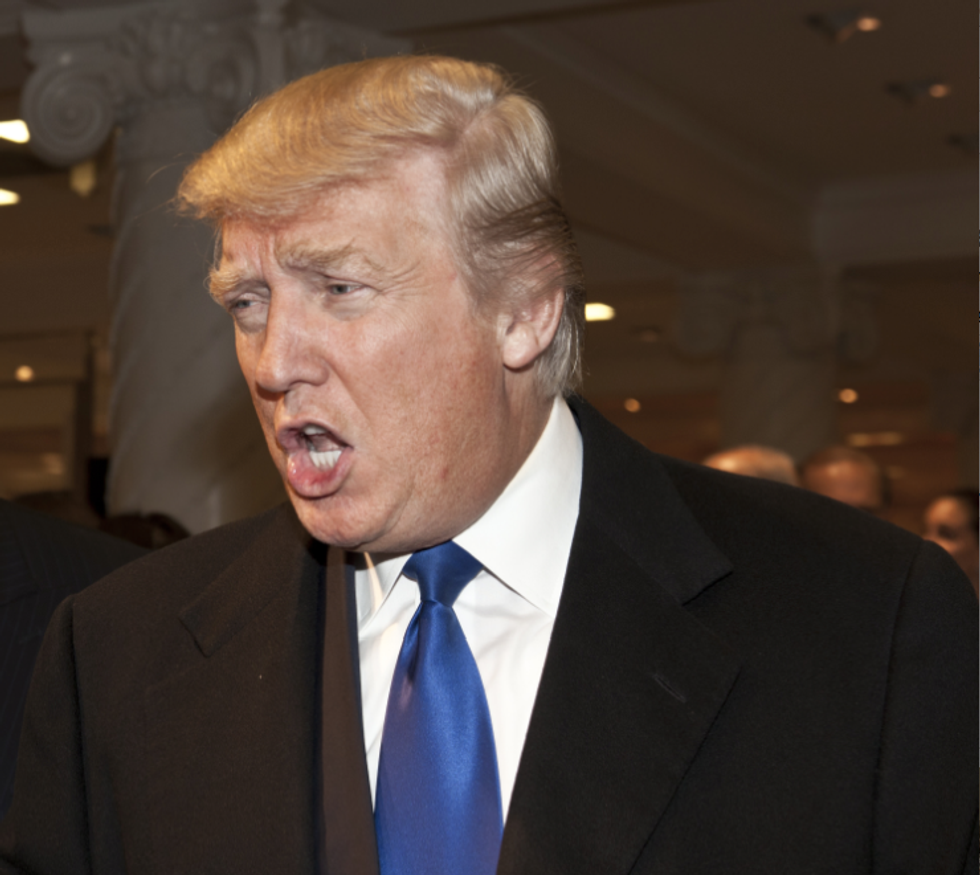 Trump has ended a newsy week with a fountain of what by even his own standards are pretty down-is-up and untrue statements.

For a president increasingly isolated and facing a growing number of challenges from the world, politics and incoming investigations, there is a distinct reflection of self-delusion and an air of desperate flailing strong enough for all to sense. It’s a sign that we all should strap in for more as these investigations come closer to him.

Indeed, “The White House is adopting what one official termed a ‘shrugged shoulders’ strategy for adverse news, calculating that most GOP base voters will believe whatever the president tells them to believe,” according to one Washington Post report.

In just a few days, Trump:

As a result, over the last weeks, the president has found himself almost without friends at international meetings, facing disruptive job churn at the White House, competing demands and a rising tide of problems.

We know that the announced tariffs against China are not working as had been expected by the White House and that the Middle East is hanging on by a thread with U.S. support for Saudi Arabia resulting in widespread starvation among Yemenis caught in a proxy war. We know our allies are unsure of their place with official Washington, and that autocrats worldwide are taking note that they can escape from punishment for human rights abuses by buying a few American airplanes, as does Saudi Arabia.

At the center, of course, is the Russia election-influence investigation. Mueller has given some new hints this week, but most of the probe’s scope and importance remains hidden. It is up to us to knit together what details are known.

Axios.com offered that information “we already now know is highly damning and highly detailed. The scary thing for Trump — Mueller knows a helluva lot more than we now know.” It’s worth keeping in mind as we hear concern about one detail or another.

Said Axios: We now know, for example, that several Russian officials reached out to a half-dozen Republicans close to Trump and his campaign, including his eldest son, his closest adviser, his lawyer, and his campaign manager. We know that Russia offered in those chats campaign assistance — “synergy,” they called it. We know now of no one around Trump who alerted the FBI of this effort to subvert our elections.

We know that 12 Russian intelligence officers were indicted for hacking the DNC and releasing material for the purpose of hurting the Clinton campaign via WikiLeaks. We know that Trump associates Roger Stone and Jerome Corsi attempted — successfully, in some instances — to get in touch with WikiLeaks and that they are under investigation for whether they had advance knowledge. We know Donald Trump Jr. and others met with Russians promising dirt on Hillary Clinton.

We now know Trump was negotiating a Trump Tower in Moscow during the presidential campaign — and hid this from the public and lied about it. We now know Mueller believes, based on his court filing, the “Moscow Project was a lucrative business opportunity that sought, and likely required, the assistance of the Russian government.”

We know every arm of the U.S. intelligence concluded Russia sought to systematically influence the election outcome. We now know Trump officials continued talking with the Russians during the post-election transition, with Jared Kushner and Jeff Sessions failing initially to disclose any contacts with Russians. We now know Jared Kushner suggested a secret backchannel with the Russians.

And we now know Trump fired FBI director James Comey, Attorney General Jeff Sessions and White House counsel Don McGahn in part over their handling of the probe. Meanwhile, Manafort and Cohen are headed for jail.

I wonder if the fountain needs a rest and regroup time.