'Trump needs to know his limits': The president's botched troop visit blows up in his face as an international incident 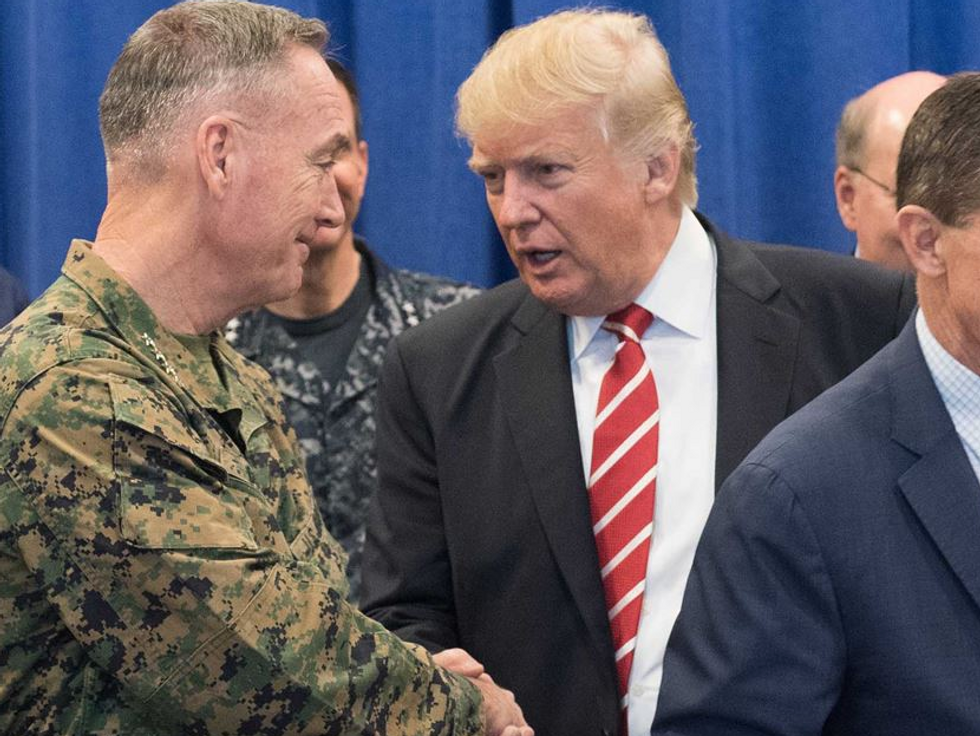 This week, President Donald Trump’s visit to Iraq marked the first time a U.S. president had set foot in that country since 2009, when President Barack Obama met with Nouri al-Maliki (Iraq’s prime minister at the time) outside Baghdad. But diplomatically, Trump’s visit did not go well — and according to the Associated Press, he offended some Iraqi officials so much that they are now demanding that U.S. forces leave the country.

During his Iraq visit, Trump remained on a U.S. air base about 60 miles from Baghdad. Trump visited U.S. troops stationed in Iraq, but a meeting with Iraqi Prime Minister Adel Abdul-Mahdi never came about—and Sabah al-Saidi (who heads one of the houses in Iraq’s parliament) is complaining that Trump was disrespectful.

The Associated Press quoted al-Saidi as saying, “Trump needs to know his limits. The American occupation of Iraq is over.”

The U.S. has had a volatile relationship with Iraq over the years. In the 1980s, President Ronald Reagan considered Iraqi dictator Saddam Hussein an important ally of the United States and supported Iraq in its war with Iran—a conflict that lasted until 1988. But U.S./Iraq relations deteriorated considerably after that. Under President George H.W. Bush, the U.S. went to war with Iraq in 1990/1991 in response to the invasion of Kuwait—although the Persian Gulf War/Operation Desert Storm was a relatively short conflict compared to what came in the post-9/11 era. In 2003, the U.S. invaded Iraq and toppled Hussein’s regime. A long period of violence, unrest and instability followed.

In 2011, the Obama Administration followed the Bush Administration’s timeline for withdrawing troops from Iraq. But U.S. forces returned in 2014 at the invitation of the Iraqi government, which needed help fighting the terrorist organization ISIS (Islamic State, Iraq and Syria).

When Trump met with U.S. troops in Iraq this week, he defended his decision to withdraw U.S. forces from war-torn Syria—where they have been battling ISIS.