Trump fumed about sharing the spotlight with Bush Sr. - but was proud of his behavior at funeral: report 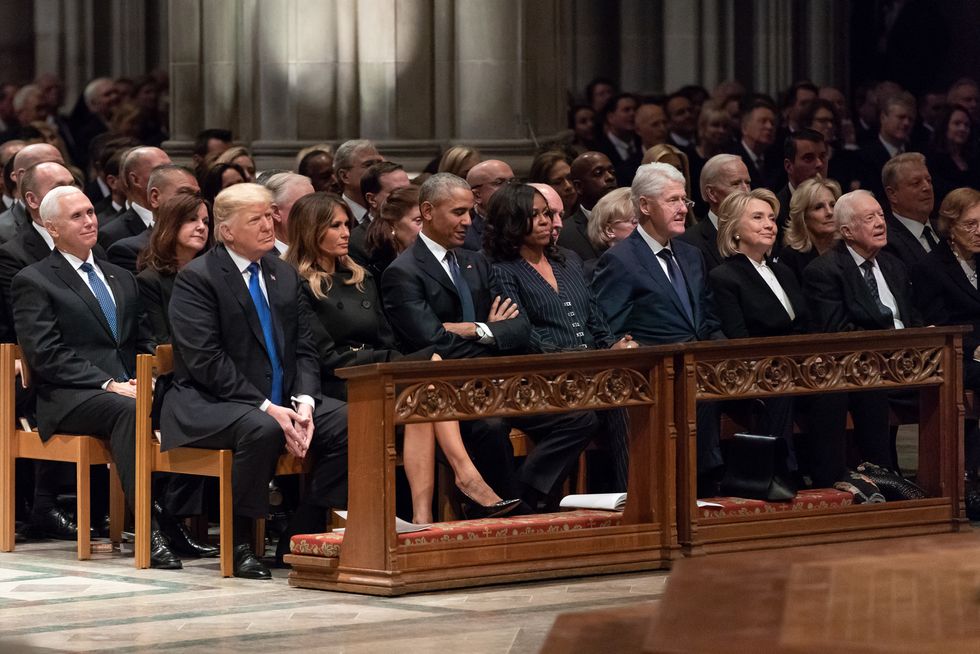 President Donald Trump was reportedly annoyed this week that he had to share the spotlight with funeral services for George H.W. Bush, but was proud of public behavior.

The president attended the state ceremony Wednesday in Washington, D.C., where he received a chilly reception from his predecessors but heard no open rebukes from the Bush family or other speakers at the services, reported the New York Times.

Administration officials revealed to the newspaper that Trump was “snappish with aides most of the week,” at least partly because he resented so many ceremonial events focused on the former president and not himself.

Trump sat through much of the funeral services with his arms folded and did not recite the Apostles’ Creed along with the former presidents and others in attendance or sing hymns.

The newspaper reported that Trump was “impatient for the memorials to end but expressed pride in himself for remaining publicly civil.”
Sources close to the president said he had changed course since he was widely criticized for his public behavior the week of Sen. John McCain’s services, where several speakers took aim at him — and to which he was not invited.
Report typos and corrections to: feedback@alternet.org.