True story: The Republican tax cut made me richer and left working Americans with crumbs 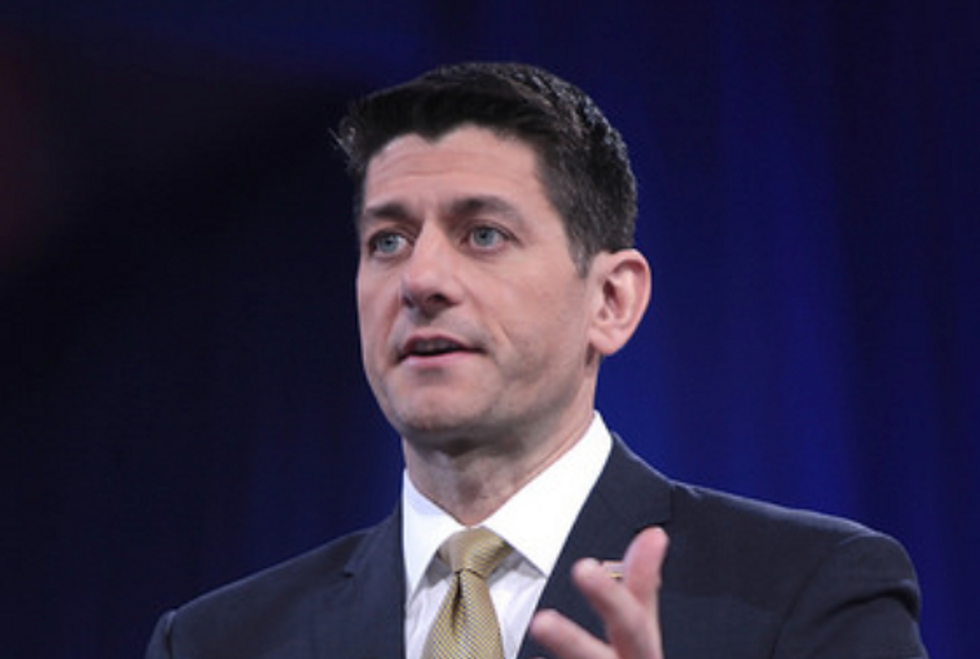 One year ago, President Trump signed the Tax Cuts and Jobs Act into law, promising a “bill for the middle class and a bill for jobs” that would be “a tremendous thing for the American people.” Corporate CEOs and wealthy shareholders may be celebrating, but middle-class Americans are still waiting for their transformative tax cut.

Congressional Republicans attempted to sell the bill as a deficit-neutral, pro-growth tax cut that would help every American, but from the moment details of the bill were announced, it was clear that the Republican overhaul of our tax code was designed with “the 1 percent,” not the middle class, in mind. Most of the bill’s $1.9 trillion in tax cuts targeted corporations and wealthy Americans such as me, leaving little more than crumbs for most working Americans — and the bill’s results of the last year have lived up to that initial analysis.

Trump claimed that American families would receive an average of almost $4,000 in tax cuts per year. That might be true if you averaged together the millions of families getting almost no tax cut and the few wealthy Americans who are getting hundreds of thousands of dollars in cuts, but that’s poor consolation for the middle-class families receiving an average of just $323 per year.

While the direct results of the bill have been underwhelming for poor and middle-class American families, the larger economic effects are even more disappointing. To the surprise of absolutely no one with even a cursory understanding of trickle-down economics, these massive tax cuts for corporations and the wealthy have done little over the past year to help poor and middle-class Americans. Promised new jobs and higher wages, working Americans instead have watched some corporations spend nearly a trillion dollars on stock buybacks that almost exclusively benefit executives and wealthy shareholders, all while wage growth has remained flat.

Yes, unemployment is low, but the increased demand for labor hasn’t translated into wage growth. Nominal wages are going up, but so is inflation. The 2.9 percent wage increase from September 2017 to September 2018 looks a lot less impressive when you realize that, taking inflation into account, wages rose by only 0.6 percent. And while unemployment across the country is low on average, corporate tax incentives created by the tax bill have devastated small communities across the country.

A few weeks ago General Motors announced that it would be cutting 14,000 jobs in the United States and Canada, leaving residents of towns with shuttered GM factories such as Hamtramck, Michigan, and Lordstown, Ohio, with few employment opportunities. GM’s decision shocked many, but it’s far from an isolated incident. Through changes in the so-called “tax reform” law, the U.S. tax code now actually gives corporations a tax cut for moving American jobs and factories overseas, so more layoffs and factory closings are sure to follow. It’s almost too absurd to believe, that the tax code could be so hostile to American workers, but when considering that this bill was built to prioritize corporate profits, it’s less surprising.

It is true that the economy (as measured by corporate profits and stock prices) is still growing well. That’s great for people such as me whose income primarily comes from ownership of stock, but it does nothing to help the vast majority of Americans who actually work for a living. Most stocks are owned by rich people — the stock market doing well just doesn’t greatly impact the lives of most Americans. The economic factors that actually affect their daily lives, wages and cost of living, have not been helped by the Republican tax bill. That means wealth inequality will worsen, which is bad for everyone — eventually even investors will not make profits if most people have little disposable income after paying for necessities.

One year after its passage, the Tax Cuts and Jobs Act deserves a failing grade. It may have done what Republicans in Congress intended it to do — give billions of dollars in tax cuts to the ultra-wealthy and corporations — but it hasn’t done what this country needs. Working Americans deserve a tax code that works for them, not just those at the top. As we enter the new year and prepare to welcome the 116th Congress to Washington, it’s time for real, progressive tax reform, not more handouts to rich people.