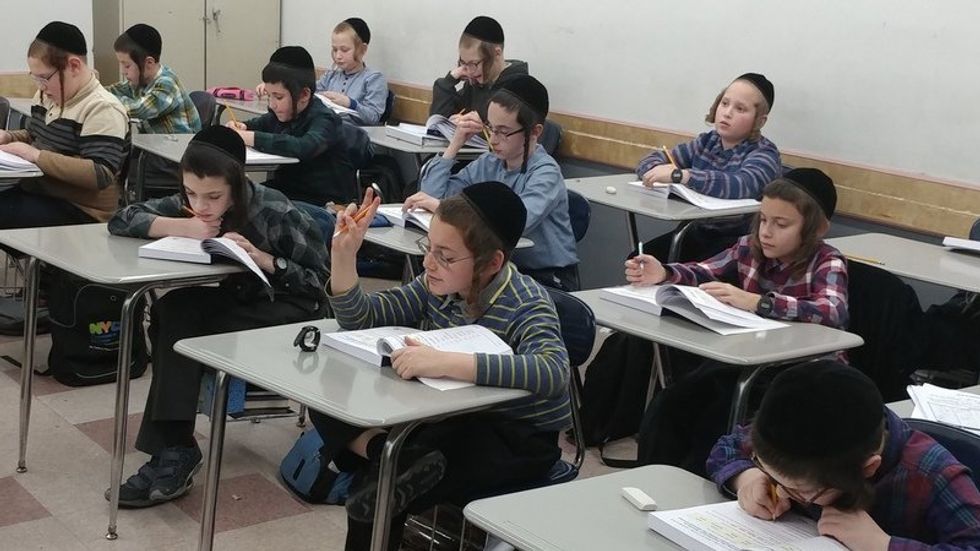 Should a religious group be permitted to deny a secular education to the children of its members in the name of religious freedom? A battle over the right of children to learn, to think, and to be prepared for life in the modern world is now being fought out in the East Ramapo community in New York State.

Articles 28 and 29 of the United Nations Convention on the Rights of the Child declare education a fundamental human right that should include “preparation of the child for responsible life in a free society.” While the United States played an active role in drafting the Convention and it was signed during the Clinton administration, it has never been ratified, partly because of opposition by rightwing groups.

The battle in New York over the right of children whose parents are members of a religious sect to a modern education started in 2015 when “graduates” of ultra-Orthodox Jewish religious academies in Brooklyn, New York charged that in violation of state education guidelines that mandate private religious schools provide their students with a “substantially equivalent” education, they had never received appropriate instruction in English, math, science, or history. Almost 60,000 children attend Jewish religious schools in New York City. There are over 250 Orthodox Jewish yeshivas in New York State.

Article XI of the New York State Constitution mandates that the state legislature "provide for the maintenance and support of a system of free common schools, wherein all the children of this state may be educated.” In 1995, the State Court of Appeals ruled that the Education Article of the Constitution "requires the State to offer all children the ‘opportunity’ for a "sound basic education." The state’s Board of Regents and Education Department are supposed to ensure that these mandates are met.

In November 2018, the Education Department finally responded to the controversy with guidelines reiterating the responsibility of religious schools to provide students with a “substantially equivalent education” and insisting that local school authorities monitor their performance. If schools refuse to meet the secular education requirement, they risk losing the public funding they receive for record keeping, school meals, computer systems, and student transportation. Many religious schools do provide a quality education and the guidelines emphasize that oversight should be sensitive and respectful.

In East Ramapo the local school board is controlled by an ultra-Orthodox religious faction, which means it is unlikely to enforce state educational mandates. School leaders and prominent ultra-Orthodox rabbis are already promising to resist what they call a war on their religious rights, although they acknowledge that in their religious high schools they currently offer “zero or at most 1.5 hours of secular studies a day.” Former East Ramapo school board president, currently a member of the Rockland County legislature, Aron Wieder, declared the guidelines an “attack on our religious freedom” and a “declaration of war against the Orthodox Jewish community.” He promised that they would “defend ourselves by all means possible.”

The conflict between the rights of children and the demands of religious sects is not just about education. The Convention on the Rights of the Child calls for governments to ensure that children receive “the highest attainable standard of health.” The same religious groups that deny children a secular education also deny them appropriate preventive health care. In October 2018 a measles epidemic broke out in ultra-Orthodox Jewish communities in Brooklyn and Rockland county because children were not immunized.

Power of Ten, a publication that advocates for the right to an education for children in East Ramapo schools, is sending a letter to Democratic Party leaders in the state legislature calling on them to “support of the NY State Education Department's updated guidelines for education in non-public schools” and defend the right of children from religious families in New York State to a substantially equivalent secular education. Supporters can sign online.

The ultra-Orthodox religious community also has it own petition telling the State Education Department that they “trust our Rabbis, our principals, and our leaders to create the school schedule and curriculum that works best for our children.”