There's a progressive case against Beto O'Rourke for POTUS in 2020 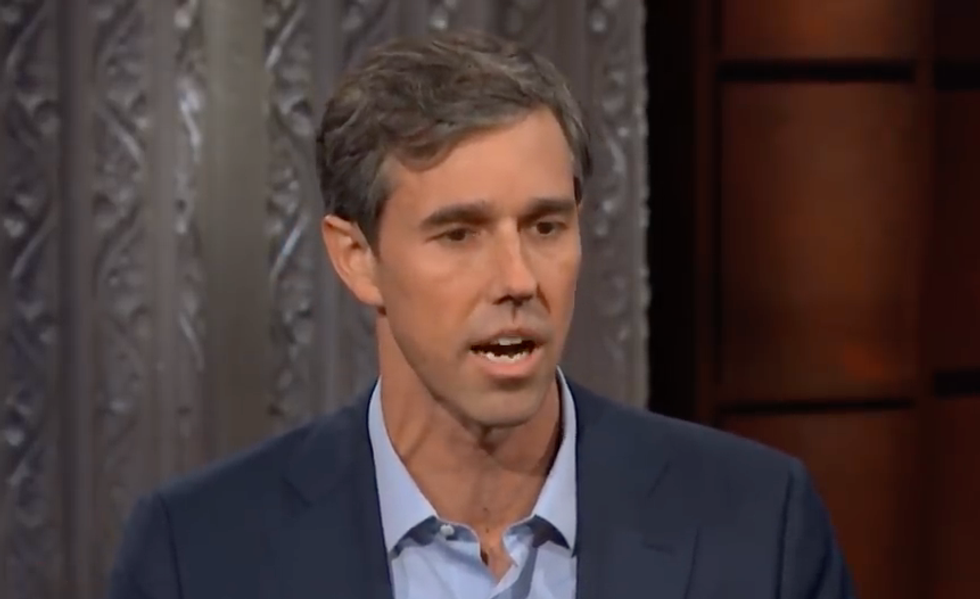 Anxious Democrats had barely recovered from their post-midterm election-night hangovers before pundits began breathlessly pontificating over the potential field of 2020 presidential candidates. Democrat Beto O’Rourke lost his Texas Senate race to Republican Ted Cruz, but that didn’t stop multipleoutlets from pondering whether he could run. He enjoys a national profile, a positive message, even punk rock roots, and lost his race by a mere three points, but some progressives aren’t convinced he’s the one to beat Donald Trump, should the president run in 2020.

Washington Post columnist Elizabeth Bruenig is one of them.

She writes on Thursday that despite her being from Texas, appreciating O’Rourke’s appeal and having “hoped as much as anyone for Cruz’s defeat,” America doesn’t need another Democrat in the Obama mold. Instead, she argues, “I think the times both call for and allow for a left-populist candidate with uncompromising progressive principles. I don’t see that in O’Rourke.”

Despite O’Rourke’s hiring a team of former Bernie Sanders organizers that helped him build “a grassroots army” of field operators, Bruenig finds his voting record and campaign priorities to be out of step with a leftist base eager for “Medicare for all,” tuition free-college, stronger limits on corporate power and other policies to level the economic playing field for Americans of all backgrounds. She notes that he never joined the Congressional Progressive Caucus, instead opting for the New Democratic Coalition, which she calls “a centrist caucus with Clintonian views on health care, education and trade.”

She further writes that O’Rourke has waffled on Medicare for all, and is not impressed at how, as a Politico article pointed out in July, he avoids using the terms “single payer” and “Medicare for all,” opting instead for the more amorphous “universal, guaranteed, high-quality health care for all.” Even his campaign website was vague, stating, as Bruenig says, “that he aims for achieving universal health-care coverage ‘whether it be through a single payer system, a dual system, or otherwise.’ ”

Bruenig calls O’Rourke’s statements on energy “surprisingly thin.” While newly elected representatives like Alexandria Ocasio-Cortez are gaining both media attention and political traction for a strong stance on higher taxes on oil and gas companies, reducing carbon emissions and creating a new jobs plan centered on green infrastructure, Bruenig points out that O’Rourke “has called the decision between oil and gas and renewable energy sources “a false choice,” and proposes on his campaign website “mainly to rejoin the Paris Climate Accords, empower the Environmental Protection Agency and enact energy reform.”

It’s not that Bruenig thinks O’Rourke is actively harmful, only that “[t]here’s no need to begin resigning ourselves to policies that are merely better than Republican alternatives.”

On the campaign trail for the Senate, O’Rourke brushed off questions about whether he would run for president. The Post previously reported that O’Rourke is rethinking this decision, having met with President Obama on Nov. 16. In addition, according to CNBC, he has been speaking with experts who could help him manage a primary campaign in key states, “fielding calls from senior operatives who worked on President Barack Obama’s campaign in the pivotal states of Iowa and New Hampshire as the Texas congressman considers running for president in 2020.”

Bruenig, however, would prefer that the political class stop looking toward a centrist Obama past and shift its gaze toward a progressive future, ending her column by saying:

I wish the Democrats would run a left-populist with sincere, well-attested antipathy toward Wall Street, oil and gas, welfare reform and war, who is willing to fight hard to win Medicare-for-all and drastically reverse our current course on climate change. I would love it if they came from Texas, but I would take one from anywhere.