'Shame on this President': Trump cuts off funds for 'vital services and protections' for women who face abuse 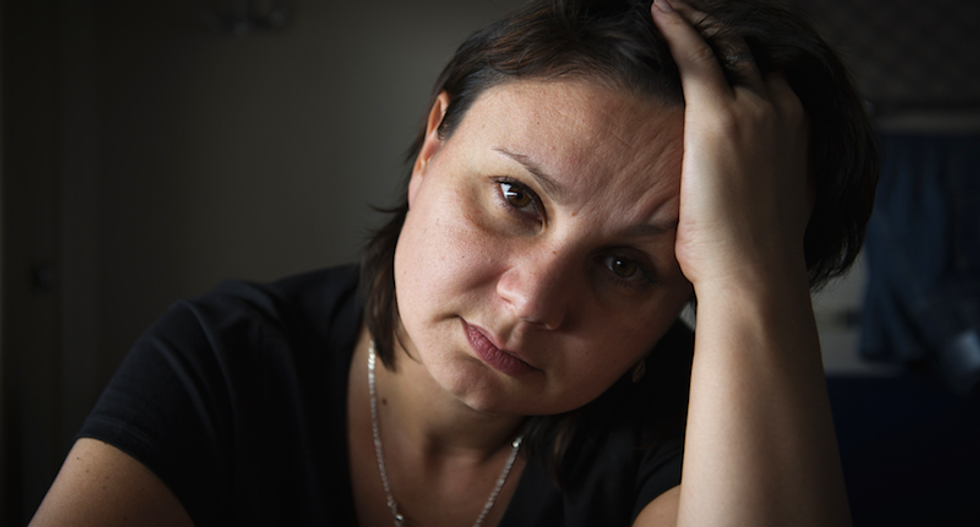 Rep. Barbara Lee (D-Calif.) was among those condemning the government shutdown's impacts on the safety of women and families, as funding for the Violence Against Women Act (VAWA) expired at midnight on Friday as the shutdown went into effect.

Along with nearly 400,000 federal employees who face a furlough thanks to President Donald Trump's decision to shut down the federal government, programs that support women who have survived violence may now face funding shortages due to the turmoil on Capitol Hill. Congress's failure to negotiate a spending bill over the weekend left programs that rely on the law without federal funding until at least Thursday, when lawmakers reconvene.

"Because of the Trump Shutdown, millions of survivors who rely on programs funded by the Violence Against Women Act will not have the resources they need to stay safe right before the holidays," Lee tweeted over the weekend as it became clear that the government would not reopen Monday. "Shame on this President."

Due to the lapse in funding for the landmark legislation which was passed in 1994, funding requests for a wide array of programs supporting women will be delayed. VAWA helps to fund rape education and prevention programs, strengthens public housing protections for survivors of domestic abuse, enables native tribes to prosecute non-native offenders who abuse and assault women, and provides funding for numerous other programs.

A number of lawmakers expressed anger over the funding lapse brought on by the president's refusal to sign the spending bill that was passed by the Senate late last week, as it did not include $5 billion for a wall along the U.S.-Mexico border aimed at keeping asylum seekers out of the country. Incoming House Speaker Nancy Pelosi (D-Calif.), who refused to budge on her opposition to the wall funding, called the expiration in VAWA funding "nothing short of an abdication of our responsibilities to women in our country."

The Trump administration's xenophobic anti-immigrant agenda has previously affected domestic violence victims when former Attorney General Jeff Sessions announced in June that survivors of abuse would no longer be granted asylum. A federal court last week struck down that rule, calling the administration's move "arbitrary, capricious, and in violation of the immigration laws." On social media, some wrote that the president's lack of concern for VAWA funding was hardly surprising considering his own admitted history of abuse toward women.