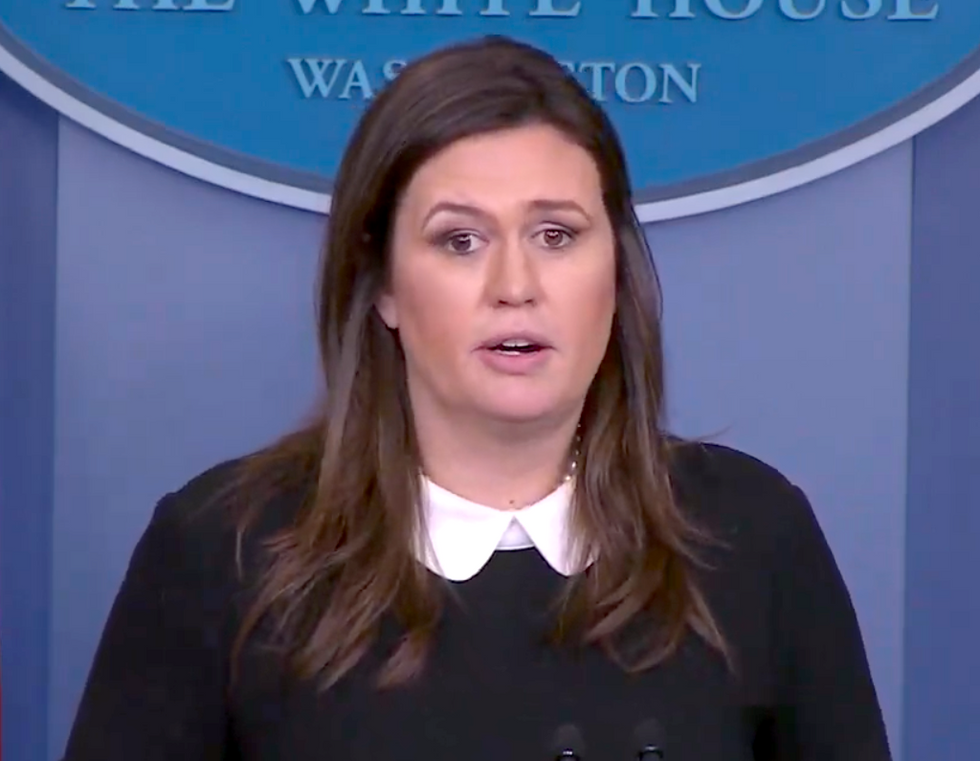 President Donald Trump's treatment of his former aides Michael Flynn and Michael Cohen makes for a remarkable contrast, with Flynn continuing to receive praise from the president while Cohen gets deemed a "rat."

This dissonance is particularly striking because of the similarity of the cases between Cohen and Flynn. Both have pleaded guilty to criminal counts of lying, and both have become cooperators with Special Counsel Robert Mueller as a part of the Russia investigation. But Flynn receives nothing but love from Trump, while Cohen earns vitriol.

When White House Press Secretary Sarah Sanders was faced with explaining this disparity on Tuesday, she was at a complete loss for a reasonable explanation.

"Michael Flynn pleaded today that he did lie to the FBI repeatedly and that he was working for a foreign government during the campaign. Does that concern the president?" one reporter asked.

"Not when it comes to anything that has to do with the president," Sanders said — though this made little sense. Flynn was a foreign policy adviser to the president during the campaign. The fact that he was on the payroll of Turkey at the time is, of course, relevant to the president. Sanders tried to deflect the line of questioning by saying that the investigation is supposed to be about Russia, as if that nullifies any other criminal activity it uncovers.

"Is the president concerned that Michael Flynn lied to representatives of his own government and was working for a foreign government during the campaign?" the reporter pushed. "Does that concern him or not?"

"There's certainly concern," Sanders said, notably using the passive voice. "But that's something for the court to make that determination. And we'll let them do that."

This, of course, made no sense. Flynn has pleaded guilty, and the court has accepted the plea. The only thing left to do is issue a sentence, which Trump shouldn't need to make his evaluation of the case. And Trump and the White House have often been eager to voice opinions about ongoing cases, or even matters that aren't even criminal cases at all. Sanders' explanation of Trump's position on Flynn makes no sense.

"But why is the president making positive comments about him given these things he's pled guilty to?" the reporter pressed on.

"I- uh- it's... perfectly acceptable for the president to make positive comments about somebody while we wait to see what the court's determination is," she said.

Of course, this still doesn't answer the question. It may be "acceptable" to make such comments — but why is does the president feel compelled to make them?