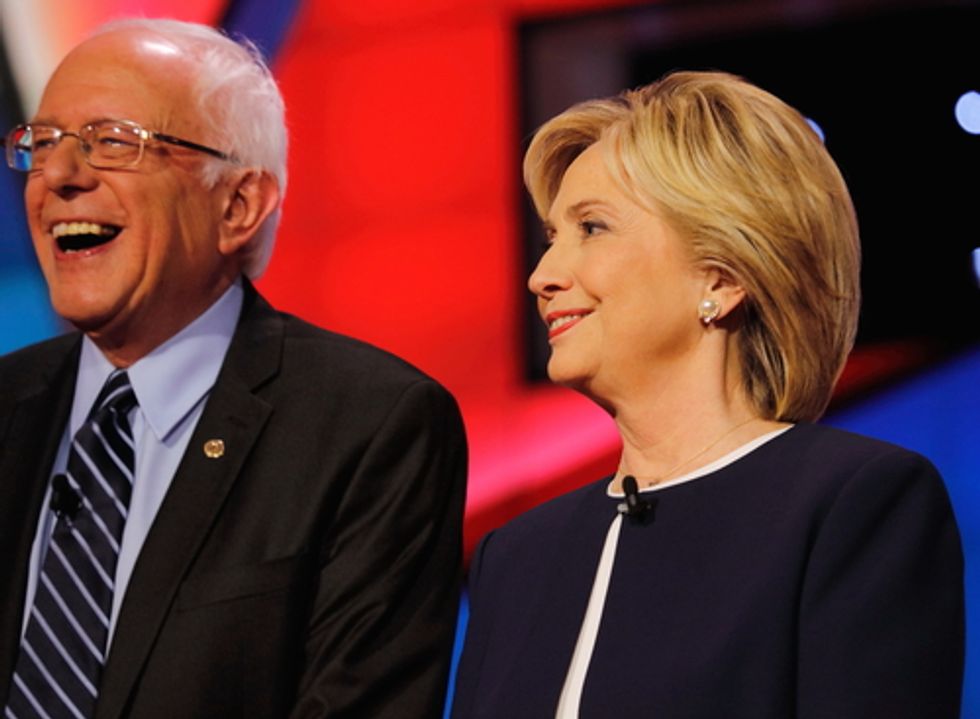 The Democratic Party’s best-known outsider, Vermont Sen. Bernie Sanders, appears to be on the verge of notching yet another inside-track score that doubtless will come in handy when he runs for president in 2020.

One of the biggest complaints by Sanders’ 2016 presidential campaign was the way that the Democratic National Committee collaborated with Hillary Clinton’s campaign to schedule its televised debates. In a nutshell, Sanders was cut out of that process, as WikiLeaks documented in its release of stolen campaign emails. The Clinton campaign outlined the schedule it wanted—and got. The debates were to be minimal, held on weekends when audiences were smaller, and were announced with no input from Sanders.

In striking contrast to the last presidential season, the DNC has been giving Sanders a seat at the 2020 planning table in ways that could barely be imagined during his first presidential run. The latest concession, according to a Washington Post report about the DNC’s efforts to avoid repeating its 2016 mistakes, is a soon-to-be-released plan where the well-known and lesser-known candidates will share the presidential debate stage, at least initially.

“Chairman Tom Perez and his team have been meeting for months with 2016 campaign advisers and other stakeholders to find a way to improve the debate process, while accommodating the unusually large class of potential credible candidates, which could number more than 20 by the spring,” the Post reported. “Perez has made it clear to his staff that he would like the field to be presented in a way that initially mixes top-tier candidates with lesser-known ones.”

Twenty potential Democratic presidential candidates would be more than the crowded Republican presidential debate field had in 2016, where, for months, Donald Trump had levels of support in the teens—percentage-wise—because the GOP base was so divided. Seeking Sanders’ input on the prospective televised debate schedule is only the latest example of the DNC consulting his team as the party turns toward 2020.

“They were genuinely interested in learning what went right, which was not much, and what went wrong, which was a lot,” Jeff Weaver, Sanders 2016 campaign manager, told the Post. “I recommended starting the process earlier, so it is not right on top of the primaries and caucuses.”

Sanders, who won 45 percent of 2016’s elected national convention delegates, has not officially announced his candidacy. But that step is largely a formality. Just days ago, he convened his brain trust for a “Sanders Institute Gathering,” where there were palpable expectations surrounding 2020. Months before, Sanders won a critical DNC concession: that only elected national convention delegates could vote in 2020’s first round for the next nominee. (That reform delayed voting by 700-plus appointed “superdelegates.”)

Among the other 2020 rules that Sanders won was not replacing their controversial caucuses with primary elections—even though primaries are more professionally run and have higher voter participation rates. (In 2016, caucuses revived his campaign. From early March’s Super Tuesday until late April’s primary in New York, the 2016 race’s pendulum swung from Clinton’s recovery in the South to a Sanders surge in the Midwest and West, where he won seven consecutive primaries and caucuses.)

Without getting too speculative, it’s not hard to see how a 2020 Sanders bid would be helped by all of these reforms. There’s little doubt that both Sanders and former Vice-President Joe Biden would stand out in a crowded Democratic field. Or, at least, like Trump, be among the front-runners percentage-wise when no candidate has won anything near to the majority needed to secure a presidential nomination.

In 2016, neither Sanders nor the DNC knew what they were getting into when he sought the DNC’s approval to run as a Democrat—and then seriously challenged Clinton. Now, it is clear that Sanders knows exactly what he’s getting into; but one wonders if Perez’s team is poised to unleash its own version of the GOP’s 2016 chaotic primaries.

What seems clear enough is not just that Sanders and Biden are likely to battle well into 2020 and do what the Democrats do so well—cause lasting wounds that linger into the fall’s election—but that a chaotic 2020 season will start sooner than ever, including earlier debates.

As Sanders saw in 2016, more debates lifted his prospects. After Iowa’s caucuses, where he and Clinton virtually tied, Clinton’s campaign panicked. With the help of the DNC, an unscheduled televised debate was added before New Hampshire’s primary. That broke the schedule her campaign helped write and refused to budge on a few months before. But the extra debate didn’t help her. Instead, it raised Sanders’ stature.

This article was produced by Voting Booth, a project of the Independent Media Institute.
Report typos and corrections to: feedback@alternet.org.