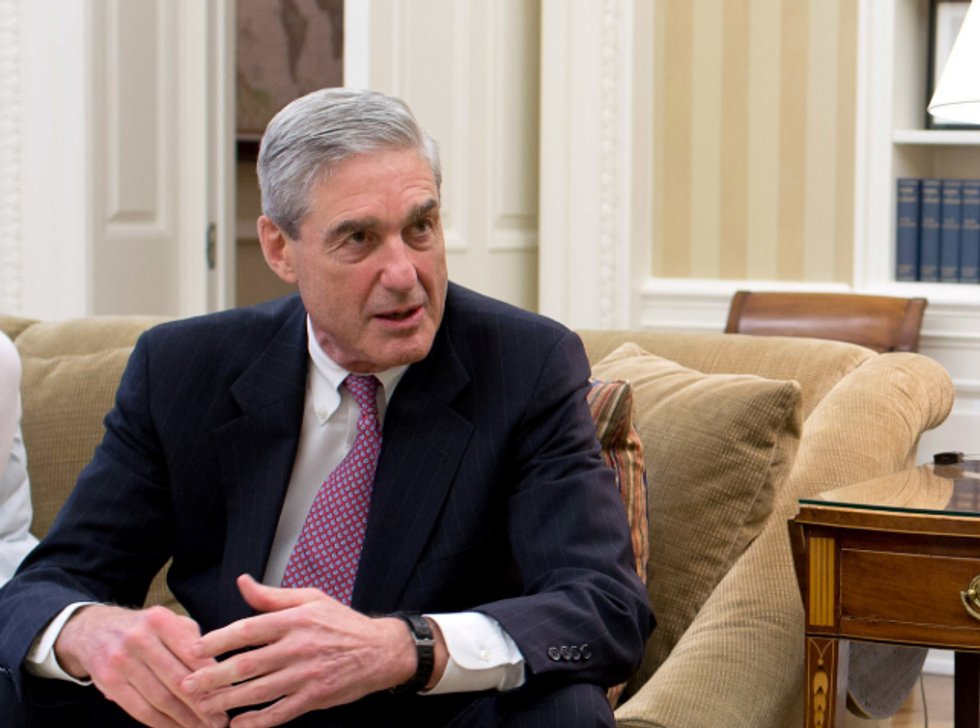 In another bizarre twist to the ongoing saga of Special Counsel Robert Mueller's investigation, a Russian company charged in the probe asserted in court documents released Thursday that, among the many records prosecutors have obtained is a "nude selfie," as USA Today reporter Brad Heath first reported.

The filing does not specify where the selfie came from or how it was obtained. It is merely cited as an example of the evidence Mueller has collected and used to purportedly show that the special counsel's methods are excessively secretive.

"Could the manner in which he collected a nude selfie really threaten the national security of the United States?" the filing said of Mueller.

The filing sought, as a general matter, to undermine the basis for Mueller's case against the company.

"The Special Counsel has made up a crime that has never been prosecuted before in the history of the United States, and now seeks to make up secret procedures for communicating ex parte to the court," the filing said.

Heath noted that the aggressive language in the filing indicated the freedom the lawyers feel given that their clients face little real risk.

"I think this is how some defense lawyers wish they could write but don't because there's a prospect their clients might end up in jail," he wrote.