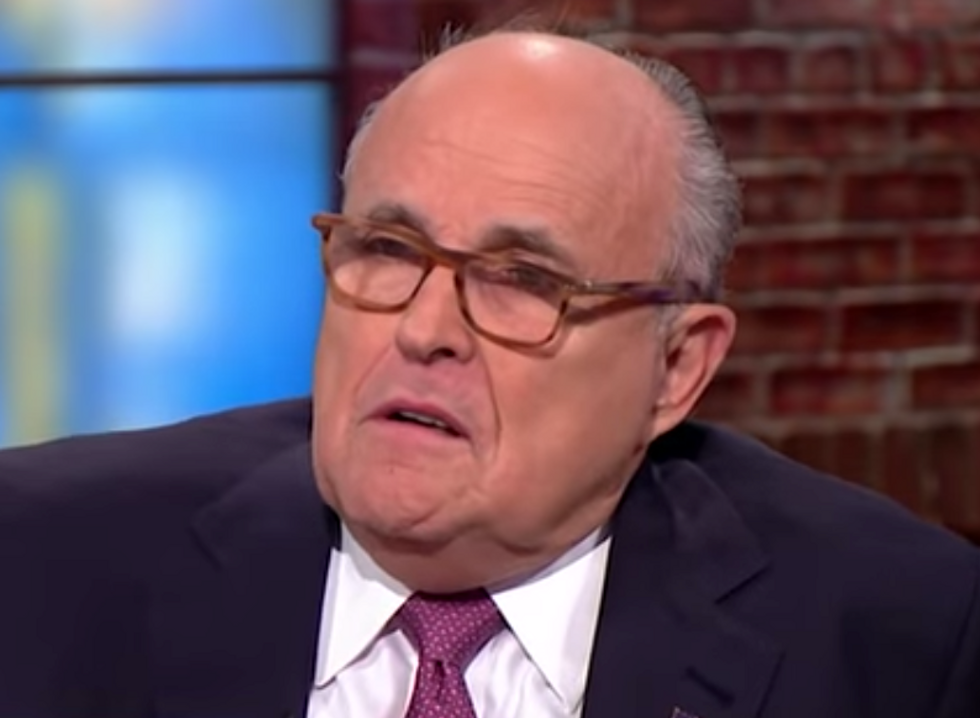 Rudy Giuliani told CNN Friday that Robert Mueller believes Paul Manafort was lying about President Donald Trump's knowledge of the notorious Trump Tower meeting with top campaign officials with a Russian lawyer offering help from the Kremlin during the 2016 election.

Because Giuliani is Trump's lawyer — and has issued bewildering and false claims about the investigation repeatedly — it's worth taking anything he says with a pillar of salt.

But with a forthcoming sentencing memo from Mueller expected to detail Manafort's lies to the investigation due out Friday, it seems likely that Giuliani is attempting to get out in front of bad news.

Trump has claimed that he had no knowledge of the Trump Tower meeting, arranged by his son Donald Trump Jr. and attended by Jared Kushner and Manafort. Donald Trump Jr. has backed up this claim. Many have argued, though, including those with intimate knowledge of the Trump family and business, that it's wildly implausible that Trump wouldn't have known about the meeting. And after initially lying about his involvement in a highly misleading statement about the event when the story first broke, the president's team has since revealed that President Trump was central in crafting the statement.

"In the questioning of Manafort, they did tell them at the time that they believed he was lying about certain things related to us that he's not lying about," Giuliani said. He said he received this information from his communication with Manafort's lawyers, which many argue was a clear ethical breach.

In putting out this claim, Giuliani appears to be trying to argue that Mueller's team was aggressively pressuring Manafort to lie to implicate the president or others. This fits into a narrative that Trump's team has been selling that Mueller is on a vindictive mission to take down the president.

However, when Mueller revealed that Manafort has been lying to the investigators, many legal experts argued that he wouldn't be making this allegation if he couldn't decisively show that Manafort was lying. This suggests that if Mueller is planning to accuse Manafort of lying about the president's involvement and knowledge in the Trump Tower meeting, then Manafort probably was lying.

"If true, Giuliani’s shenanigans with Manafort’s lawyers will completely backfire, because now Mueller will present the evidence of Trump’s knowledge of the Trump Tower meeting to a federal judge who will rule as to whether Manafort lied," said former prosecutor Renato Mariotti.