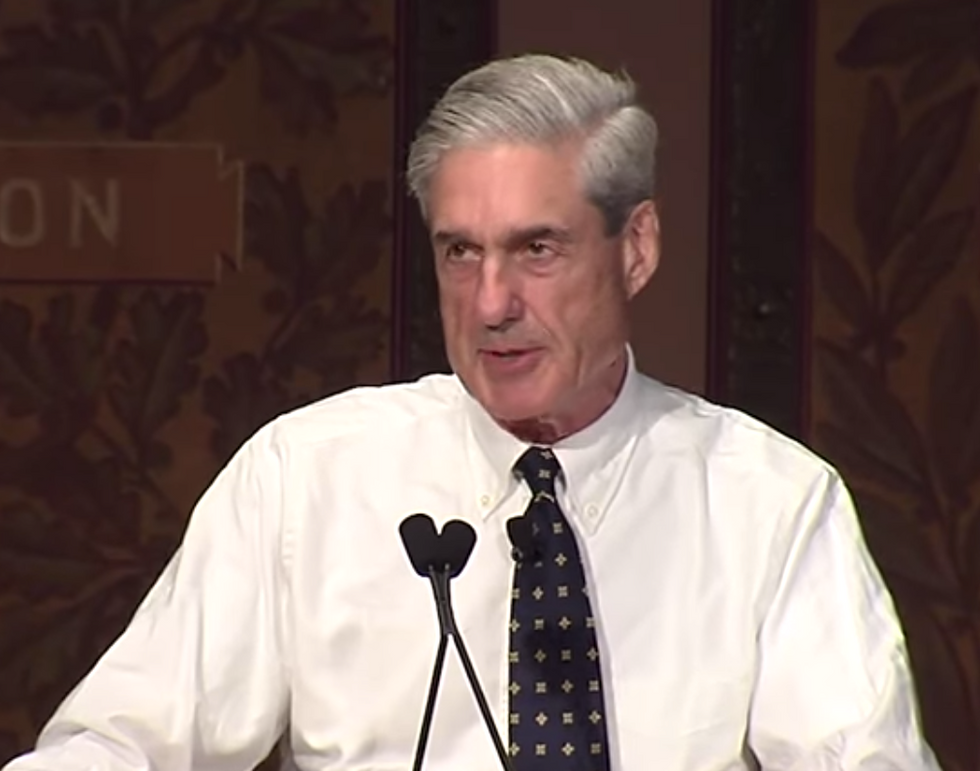 Despite the fact that Special Counsel Robert Mueller's office gave him a virtually glowing sentencing recommendation — praising him for his cooperation and suggesting that zero days in prison would be acceptable — Michael Flynn's lawyers decided to attack the FBI agents who caught him lying.

In their plea for leniency, Flynn's lawyers used their court filing to complain that the FBI agents decided they "would not warn Flynn that it was a crime to lie during an FBI interview because they wanted Flynn to be relaxed, and they were concerned that giving warning might adversely affect the rapport.” It also attacked former FBI agent Peter Strzok and former FBI Director Andrew McCabe, who have been frequent targets of President Donald Trump.

Without providing an explanation of why Flynn lied in the first place — which remains a mystery to this day — the filing played into Trump defenders' conspiratorial attacks on the FBI.

But on Friday, despite previously praising Flynn, Mueller's office fired back against the attacks in a new filing.

"Nothing about the way the interview was arranged or conducted caused the defendant to make false statements to the FBI," Mueller wrote.

The filing also makes clear that Flynn's lie — which, to be clear, he has pleaded guilty to — wasn't a mere slip-up in a casual interview. He had been telling this lie for weeks, even after it became a subject of media attention.

It also reveals that Flynn was given a warning before the agents arrived that the bureau wanted to discuss his contacts with the Russian Ambassador Sergey Kislyak. When Flynn repeated his lie to the agents that he hadn't discussed sanctions with the ambassador during the transition, the FBI agents even repeated to Flynn the exact words he used in the discussion with Kislyak "in order to prompt a truthful response," Mueller wrote. And yet Flynn still lied.

"A sitting National Security Advisor, former head of an intelligence agency, retired Lieutenant General, and 33 year veteran of the armed forces knows he should not lie to federal agents," the filing continued.

It concluded: "The seriousness of the defendant’s offense cannot be called into question, and the Court should reject his attempt to minimize it."