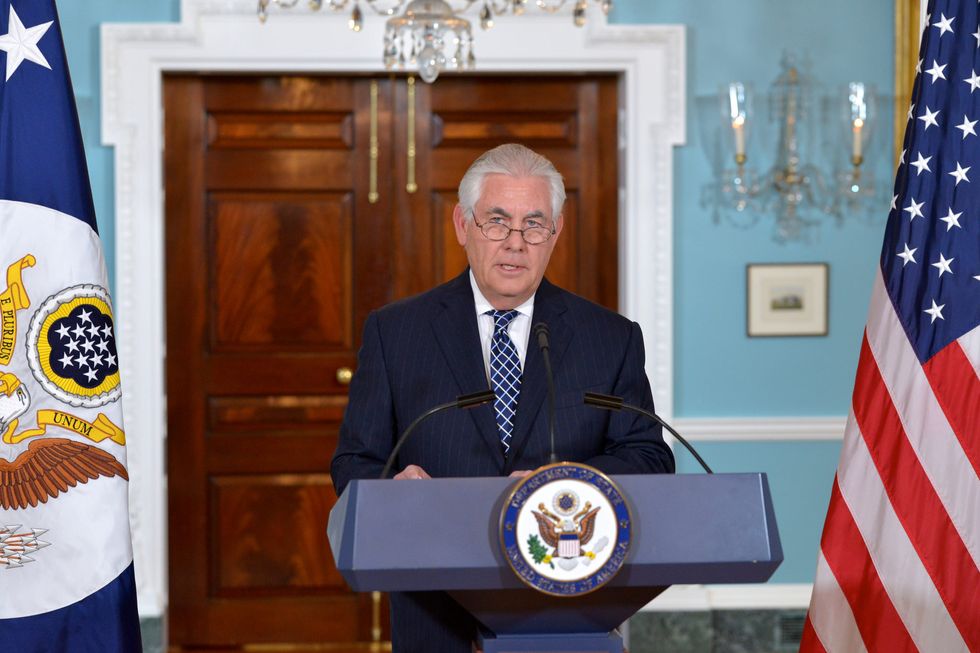 Former Secretary of State Rex Tillerson — who was humiliatingly fired by President Donald Trump over Twitter — issued damning comments Thursday night about the commander-in-chief's leadership and capacity to do the job.

He spoke with CBS' Bob Schieffer at a fundraiser for MD Anderson Cancer Center in Houston, Texas. One of the most troubling remarks he made was about the frequency with which Trump gave illegal directives.

"So often, the president would say here's what I want to do and here's how I want to do it and I would have to say to him, Mr. President I understand what you want to do but you can't do it that way," Tillerson said, according to The Houston Chronicle. "It violates the law."

Clearly, this is one of the reasons Trump was so frustrated with Tillerson and eventually fired him. Tillerson said that they never actually met until the day Trump asked him to be secretary of state, and the relationship went downhill from there. It's troubling to think that, as Trump has pushed out Tillerson and other officials that he has clashed with, he has surrounded him with people that may give in or find ways to accommodate his illegal demands.

And the fact that Trump spent so little time personally vetting Tillerson is indicated of the former secretary of state's larger indictment of the president's capacity for the fundamental tasks of being president — such as becoming acquainted with the issues he's supposed to make decisions about.

“It was challenging for me, coming from the disciplined, highly process-oriented Exxon Mobil Corporation," Tillerson said, "to go to work for a man who is pretty undisciplined, doesn’t like to read, doesn’t read briefing reports, doesn’t like to get into the details of a lot of things, but rather just kind of says, 'Look, this is what I believe, and you can try to convince me otherwise, but most of the time you’re not going to do that.'"

Oddly, Tillerson also seemed to be hesitant about seeming critical of the president, even as his remarks were, at least in their content, a scathing denunciation: "I don't want that to come across as a criticism of him," he said.

Famously, Tillerson once reportedly called Trump a "moron" while he was still in the administration. While he officially distanced himself from these reports, his remarks Thursday suggest that, at the very least, they reflect his true state of mind.