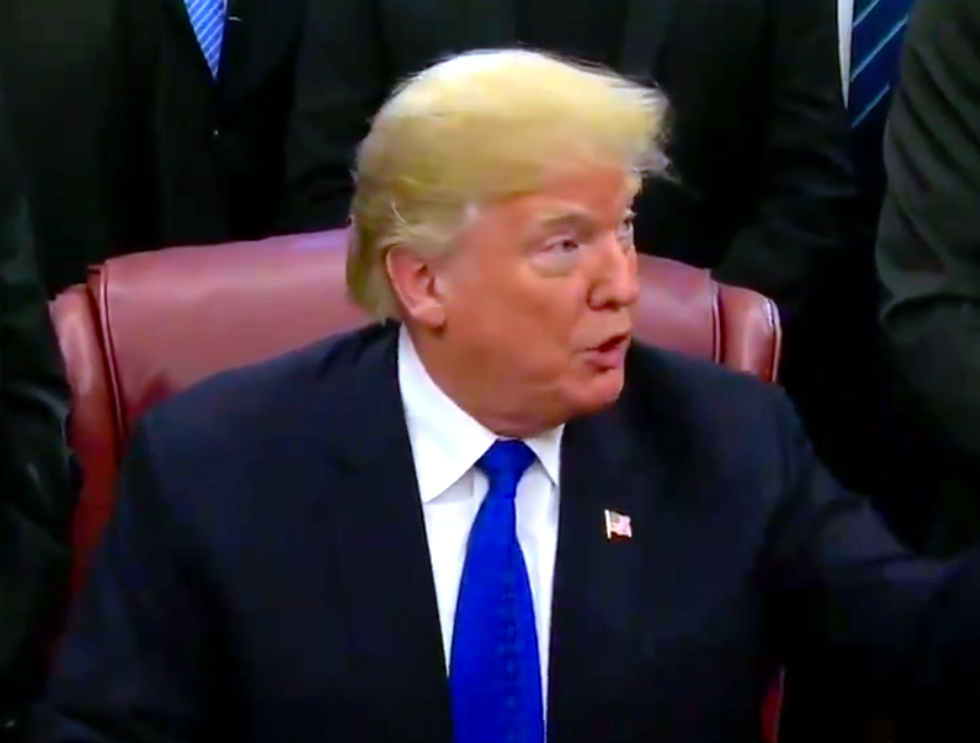 On Monday, BuzzFeed News reported that a group of longtime Republican legal officials filed an amicus brief advising the Supreme Court that President Donald Trump's efforts to shut down the border to asylum seekers are illegal, and that "the government's position is simply wrong."

The Trump administration's two-step effort included a federal rule and presidential proclamation that, when taken together, would bar asylum claims by those who enter the southern border outside of ports of entry. A federal judge put the new policy on hold before Thanksgiving, and the US Circuit Court of Appeals for the 9th Circuit turned down the Justice Department's request to put that injunction on hold.

The brief notes that under federal law, any migrant who crosses the southern border illegally outside "'a designated port of arrival ... may apply for asylum," and that "The Attorney General's regulation is inconsistent with the plain text and meaning of [that law]."

The new rules, which were enacted in early November, forbid people from applying for asylum if they do not arrive through a port of entry. In addition to contradicting federal statute, this rule forces people to wait in terrible conditions at entryways where border officials are blocking migrants who try to cross in the first place. After the American Civil Liberties Union sued, a federal judge in San Francisco blocked enforcement of the policy, saying "Whatever the scope of the President's authority, he may not rewrite the immigration laws to impose a condition that Congress has expressly forbidden."

Currently, the Justice Department is asking the Supreme Court to lift the injunction while the case is appealed.