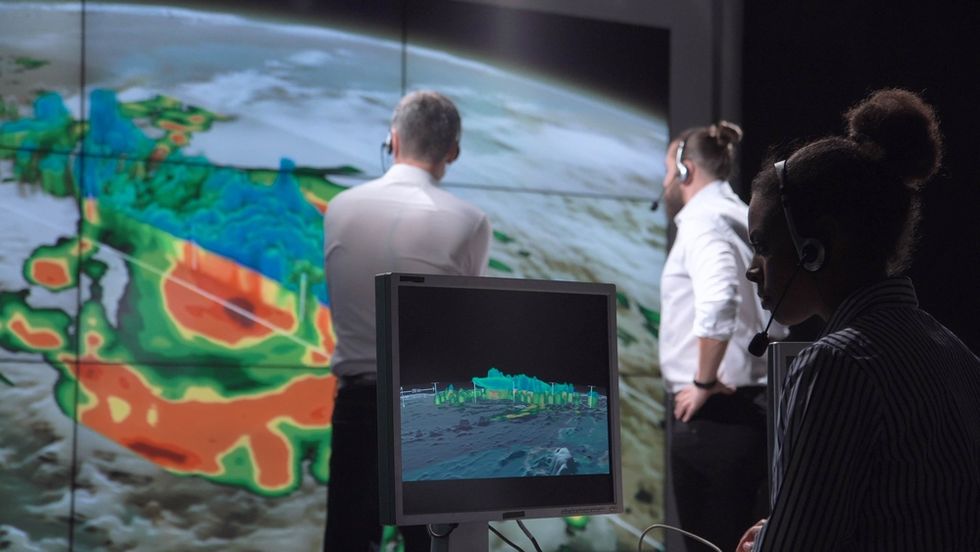 As the Trump administration tries to undermine the COP 24 climate talks in Poland, new U.S. government data shows that ice melt at both of the planet's poles—driven by rising air and ocean temperatures resulting from human-caused global warming—is worse than previously thought.

The latest annual Arctic Report Card from National Oceanic and Atmospheric Administration (NOAA) found that over the past three decades, a "stunning" 95 percent of northern region's the oldest, thickest ice has disappeared.

The finding suggests that the sea at the top of the world has already morphed into a new and very different state, with major implications not only for creatures such as walruses and polar bears but, in the long term, perhaps for the pace of global warming itself.

The oldest ice can be thought of as a kind of glue that holds the Arctic together and, through its relative permanence, helps keep the Arctic cold even in long summers...

If the Arctic begins to experience entirely ice-free summers, scientists say, the planet will warm even more, as the dark ocean water absorbs large amounts of solar heating that used to be deflected by the cover of ice.

"The Arctic is an indication of what's coming to the rest of the globe," noted Walt Meier, a sea ice expert at the National Snow and Ice Data Center (NSIDC). And while the timeline is uncertain, the region appears on-track to experience an ice-free summer.

"In the Arctic Ocean, a difference of 2 degrees can be huge. If it goes from 31 Fahrenheit to 33 Fahrenheit, you're going from ice skating to swimming," Meier told the Post. "Looking down from the North Pole from above, for all intents and purposes, you're going to see a blue Arctic Ocean."

If ice-free summers become the Arctic's new normal, it would be an "unmitigated disaster," concluded Veerabhadran Ramanathan, a climate expert at the Scripps Institution of Oceanography. Such conditions, he warned, could add another half-degree Celsius (0.9 degrees Fahrenheit) to the already-alarming rates of global temperature rise.

Meanwhile, at the world's southern pole, as the Guardian reported, NASA researchers have discovered that "a group of glaciers spanning an eighth of the East Antarctica coastline are being melted by the warming seas." This region, the newspaper noted, "stores a vast amount of ice, which, if lost, would in the long-term raise global sea level by tens of meters and drown coastal settlements around the world."

The ice retreat they saw, "doesn't seem random, it looks systematic," explained NASA's Alex Gardner. "That hints at underlying ocean influences that have been incredibly strong in West Antarctica." While the observations have experts worried, Gardner said they indicate a need for more research to determine "whether these glaciers will enter a phase of rapid retreat or stabilize."

This work is licensed under a Creative Commons Attribution-Share Alike 3.0 License.