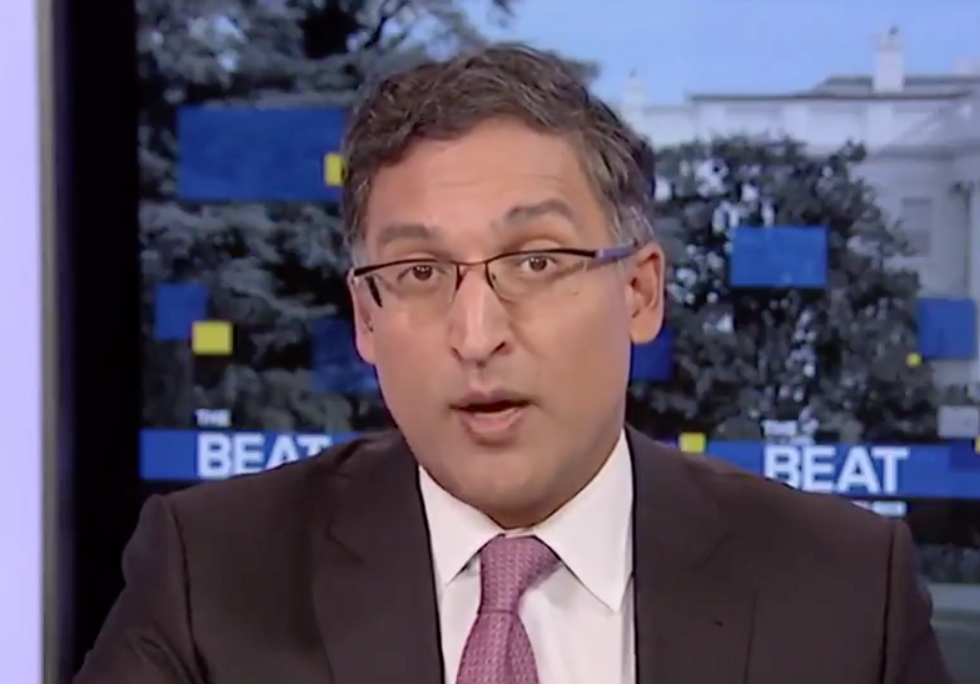 Former Acting Solicitor General Neal Katyal explained the monumental significance of a new court filing by the U.S. Attorney from the Southern District of New York highlighting the case that President Donald Trump is guilty of a serious crime.

"For the first time, you have federal prosecutors essentially saying that Donald Trump committed a felony," Katyal said to MSNBC's Ari Melber on "The Beat" Friday night. "And there's three pieces to the claim."

Citing the 11th page of the new sentencing memo in the SDNY case against Michael Cohen, Katyal explained: "Cohen made these campaign finance payments at the direction of Trump. And what we're talking about here are payments made to two women for their silence for having alleged affairs with Trump and were going to go public. And what happened was is that Cohen paid those folks and did so at a time when you're only supposed to give $2,700 to a campaign. And that's for a very important reason: Congress has said we don't want rich people buying elections — we want transparency in our election process."

Then he moved to the second point, on page 12.

"The prosecutors say, 'The agreement's principal purpose was to suppress this woman's story so as to prevent the story from influencing the election. So they're taking away the Trump defense, which was there in the [John] Edwards case: 'Oh, I was doing it to protect my private life, or something like that,'" he continued. "They're saying, 'No, this was done with a purpose of influencing the election.' That's what the campaign finance laws are all about."

Finally, he noted that the prosecutors argued that the charges are particularly "serious" and strike a "blow to our democracy."

"You put all those things together: The Southern District federal prosecutors are alleging that the president committed a felony," he concluded.

He noted that the document is not itself an indictment, and Trump may have defenses against their claims, but what the prosecutors are saying is clear.