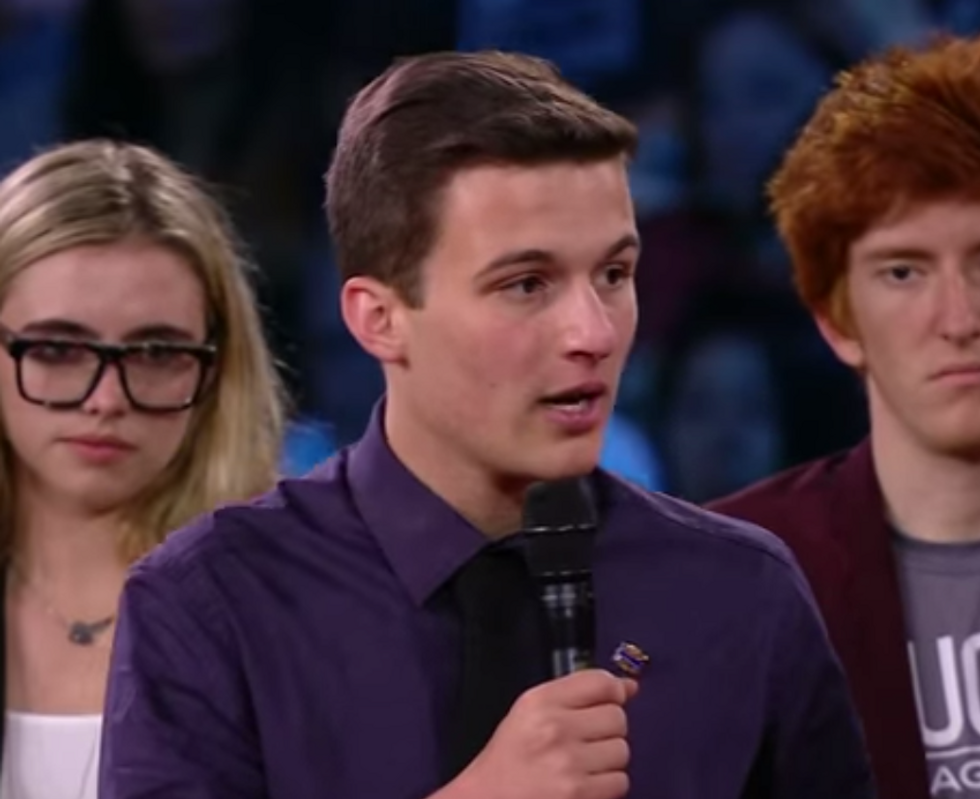 With the exception of the Trump administration's recent decision to ban bump stocks, gun control and safety issues remain far from the top of the federal government's agenda. But on the state level, the fights over how to manage the country's ongoing gun violence crisis are continuing apace.

In a new op-ed for CNN, one of the student activists from Marjory Stoneman Douglas High School in Parkland, Florida, where a shooter killed 17 people in February, took aim at a new policy supposedly designed to protect kids: Arming teachers.

"To be frank, I was shocked that this idea ever became a formalized policy recommendation," wrote Cameron Kasky, an organizer of "March for Our Lives." "As someone who has devoted the weeks and months since tragedy befell my school to gun control efforts and school safety, I can tell you that arming teachers would not make me feel any safer in a classroom setting."

But the policy has real legs. A public safety commission in Parkland has recommended arming teachers in response to the mass shooting.

Kasky, along with many other student activists and proponents of gun safety, argued that this move will do little to promote school security or the welfare of children. In fact, it raises many of its own perils.

According to a 2008 Rand study, trained New York police officers -- who, in theory, have a solid foundation in gun use -- often miss their targets. In fact, they only have a hit rate of 18%. And, even in close-range shootings, they only have 37% success.

So, if we want our teachers also to be our guardians, we'll need to train them. But even with that kind of training, they may still miss their targets most of the time -- just as police officers do. There's also an added risk of them missing their mark and injuring other innocent students or teachers in the process.

And even if a teacher were able to take down a mass shooter in school — the fantastical scenario conceived of to justify this misguided policy — Kasky argued, the police would be faced with a serious dilemma when they arrived on the scene. How could they know that the armed teacher wasn't the assailant, rather than a protector?

"This, of course, ignores other simpler questions," he added. "Where are the teachers storing these weapons? Is there a gun safe in every classroom? Is Mrs. Doe from our physical education class sporting a thigh holster every day?"

The path of arming teachers, Kasky concluded, is a dead end. If officials are really serious about keeping students safe, they should explore other possibilities.